Wandering the Wild Coast - Part one, Hole in the Wall 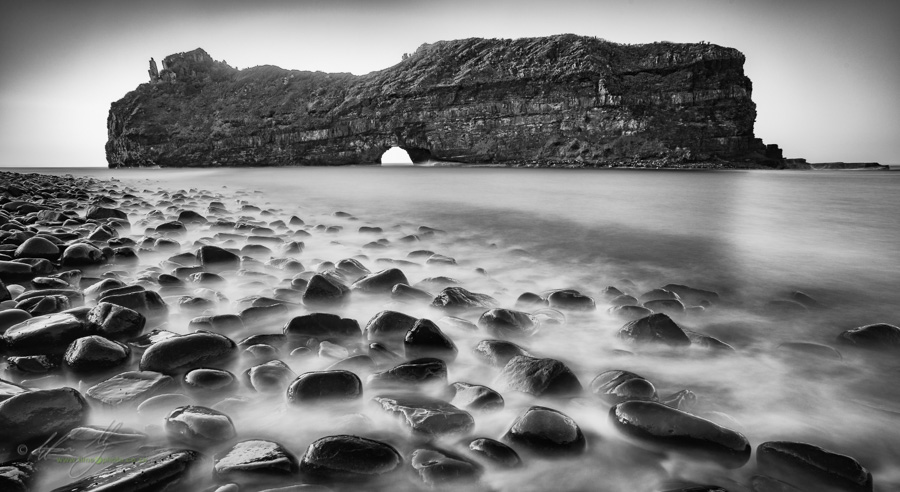 Travel agents use lots of hyperboles when they describe a place that they want to market. Unspoiled, untrammelled, idyllic, virginal and quintessential all come to mind when I think of coastal regions that have been written about in the quest to fill a few more bed nights. The Wild Coast isn't any of these though. That isn't to say that it doesn't deserve it's own set of hyperboles, but that the feel of the Wild Coast is completely different to say that of the Sunshine Coast, or Kwazulu Natal's Hibiscus Coast. Slowness is practically enforced and you need to take a deep breath before entering onto the hairpin bends patrolled by decaying pickup trucks and suicidal taxi drivers. You'd be forgiven for thinking that cattle are sacred as they wander to and fro amongst the traffic and dogs take on a death wish of their own as they run helter-skelter between dangerously swaying trucks.

Yet, the Wild Coast is extraordinarily beautiful, with smiling beautiful people that wave at you as you trundle over the poorly graded roads. Every hilltop is a surprise as you crest to see rolling hills dotted by bright pink, blue and green painted houses. Then there's the coastline. 'Wild' isn't a descriptive that comes close to illustrating the nature of this rocky coastline; a coastline that has literally seen the watery demise of hundreds of ships (in researching this I couldn’t find a definitive number with some sources claiming up to 3000 wrecks along the South African coast - the Peter Slingsby map lists and positions at least 66 known wrecks). This was the stage where we had our first Wandering The Wild Coast Workshop last week.

We rolled over the rocky hill above Hole In Wall in the dark on our first day, having travelled the N2 South from Durban. Tired bodies didn't do much else than swallow dinner and head to bed. It was only on day two that we raised cameras in earnest after walking down to the magnificent Hole in the Wall. This enormous feature is a lone standing massif of rock at the mouth of the Mpako River. A neat hole lies almost exactly in the middle of this geological feature, creating a tunnel through which waves crash, occasionally with a thunderous gunshot roar. 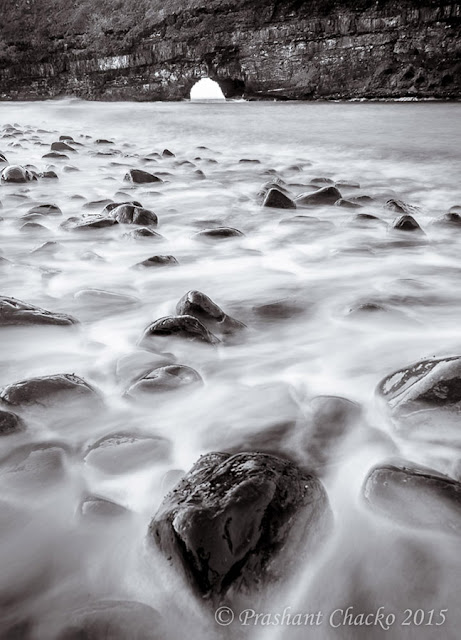 Despite being extremely well-known to South Africans, thanks to the likes of Getaway, Go and other travel magazines, Hole in the Wall is practically empty of travellers. There is a hotel and several small houses that are available for rent, but each time I have been there, we have had Hole in the Wall practically to ourselves. On this occasion, being in the middle of the sardine run, the only other people we saw with much consistency were the local fishermen and the occasional Gauteng number-plated bakkie with a wrack of fishing poles on top.

Along with Hole in the Wall, we also had a chance at photographing the pebble beach at White Clay - a bumpy drive towards the surfing centre of Coffee Bay (where it is de rigeur to have your house/shack number and open sign painted on an old disused surfboard). The narrow pebbled beach makes for fantastic long exposures of white water running between the smooth grey stones. Of course our minds were taken somewhat off the photography after an altercation with an aggressive wave.

Now there is no such thing as a freak wave. Waves are waves and they have a habit of breaking on the shore. Funny that. Every now and then a slightly bigger wave than usual comes along and takes the unwary photographer by surprise, which is what happened to us (apparently it’s called the apex of the set). Standing what I felt was a safe distance from the edge of the tide didn't really help as a large wave rushed inexorably towards us. I was knocked from my feet but managed to hold my tripod aloft, but Prashant sadly was inundated, drowning his 16-35mm lens in the process. Bruised egos, a dead lens and a submerged but still working iPhone later, we limped from the beach and made our way back to Kamnandi Cottages at Hole in the Hole to commiserate over a bottle of Pinotage (one of the best remedies I know of). 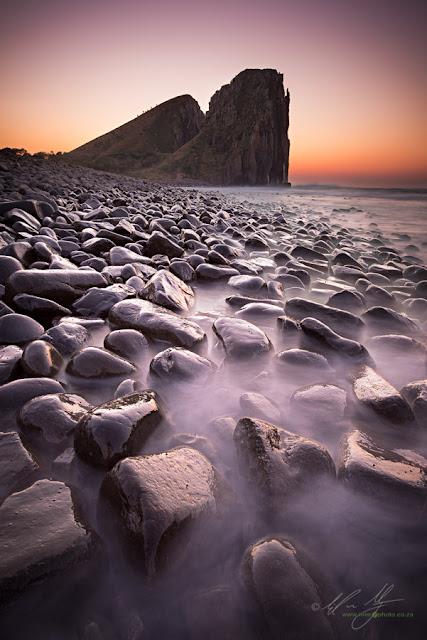 The Wild Coast seeps into the bones and you start dreaming of becoming a hippy when you grow up. Hole in the Wall is incredible in its rugged profile and beauty. I'm looking forward to being able to return here again at some stage. I'm also amazed at how many people give this iconic piece of geology a miss because of the stories they hear about the Wild Coast, the terrible roads and the seeming inaccessibility of it all (not to mention the ever-present stories of crime which sadly are profligate across the country).

As a location for photography Hole in the Wall is superb. There is easy access to the famous feature which also boasts the less photographed but equally photogenic Whale’s Rock (which can be climbed but only with extreme caution!) The locals are very approachable for images, although it is always polite to actually ask permission first if you want to photograph them. Knowing somebody’s name and perhaps buying a fish from them goes a long way in breaking barriers.

Our time seemed to pass almost at once we were so busy shooting waves, hills and of course the starry sky at night (of which we had ample opportunity since the clouds stayed at bay for most of the workshop). What an incredible location. Sadly, we had to leave though, and head towards the busy tourist center of Port St Johns. 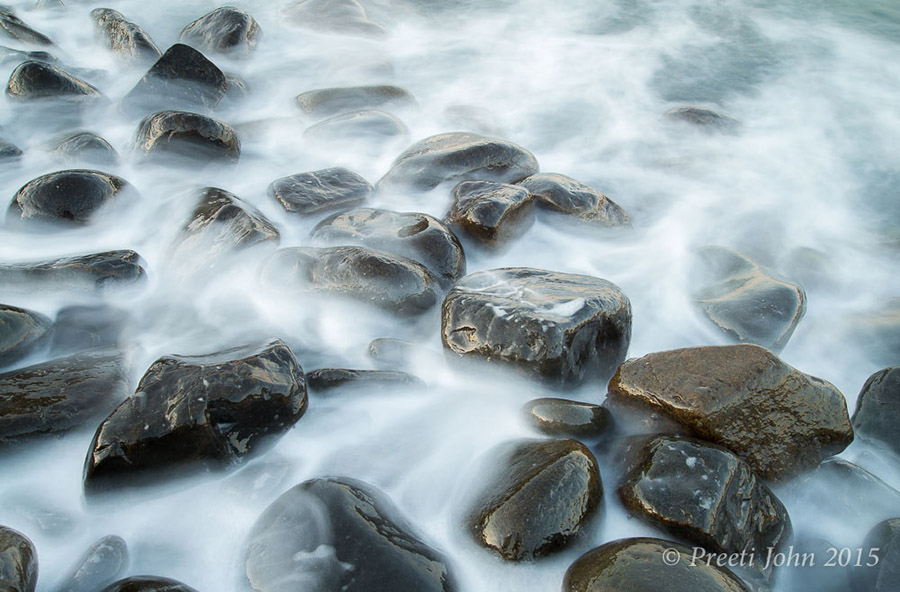 You can continue reading part two of the workshop by clicking through to: Wandering the Wild Coast part 2 - Port St Johns - ...

Posted by Emil von Maltitz at 9:15 AM