Wandering The Wild Coast part 3 - The waves of Luphathana. 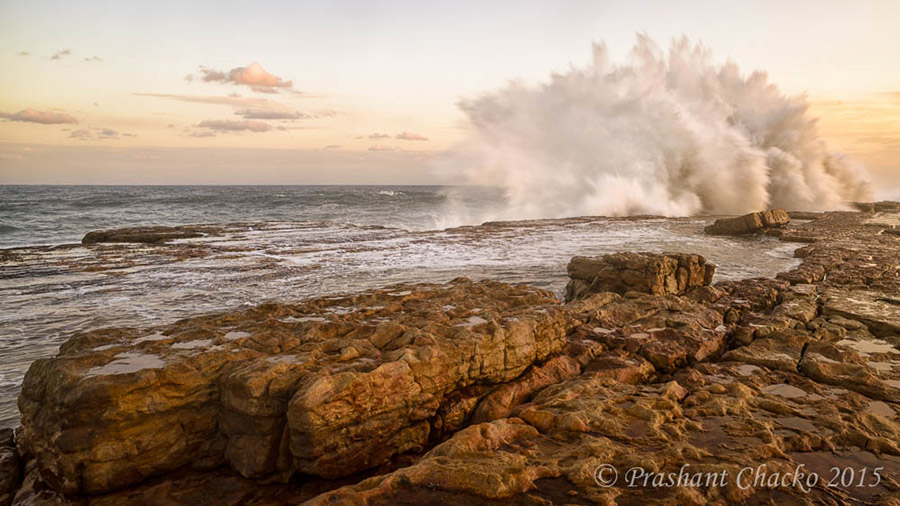 At the end of a long straight dirt road that seems to disappear over the edge of the horizon into the Indian Ocean, is the sudden drop down to mouth of the Luphathana River. Curiously, the drive from Lusikisiki seems devoid of the usual panoply of colourful houses that are the signature mark of the Wild Coast and Pondoland. Instead, there is this remarkable flat plain that stretches on for miles, populated by nothing but wandering cattle, the odd posse of donkeys and a resident family of ground hornbills. The road itself is flat and straight as an arrow, belying the fact that in the wet months it can be practically impassable. Now, with the dryness of winter, we sped across the top of the gravel surface, sending a plume of dust into the air like some wandering caravan of camels in the desert. 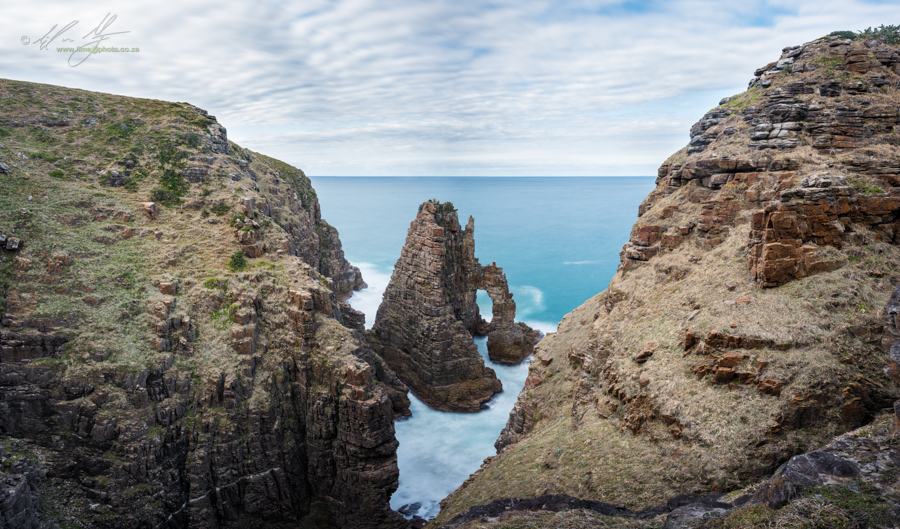 Luphathana marked the last stage of our Wild Coast Workshop. Guests could be forgiven for wondering why on earth we would trundle to this part of the Wild Coast, as there is seemingly nothing around apart from solitary trees and bored cows (which make for fantastic photographic material in any case) as you travel back towards the coast. However, Luphathana is possibly the most impressive of our locations if for nothing more than the incredible waves that smash against the rock ledge on either side of the river’s mouth.

This indeed is why Luphathana is mesmerising for photographers. Rolling waves slide almost ponderously towards you as you stand on the rock ledge at the edge of the ocean. They are momentarily lost and then suddenly, with a deafening boom, a wall of white water rears into the air some 10m above your head, coming down again as a hard rain of salt water and mist. The pounding waves are both terrifying and exhilarating. The knowledge if being dashed to pieces against the rocks is ever-present, and yet the urge to edge nearer to the edge is almost overwhelming so as to watch the ebb and swell of the waves. 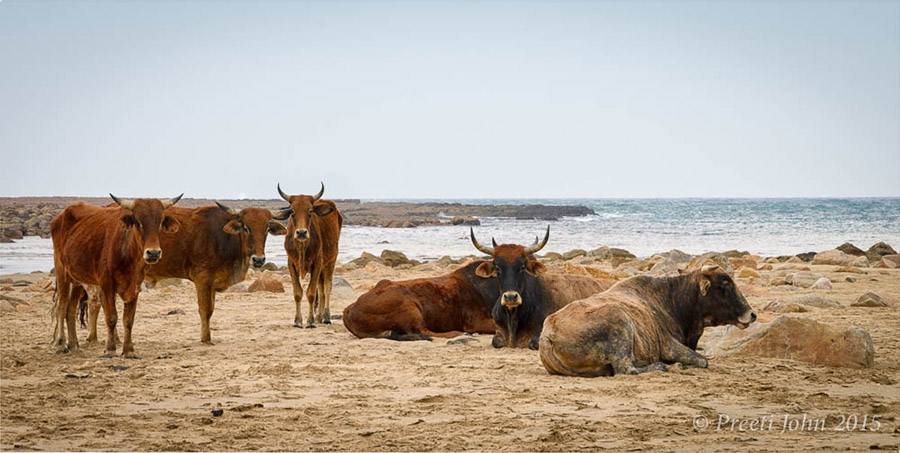 Naturally photographing waves comes with its perils for one’s equipment. Photographing waves that smash into rocks and turn to foaming white less than 5 metres from where you stand increases the threat one hundred fold. Salt spray and water mist every article of camera gear that leaves the bag. Filters and lens all take on a semi-opaque sheen of moisture which you are constantly trying to clean. One of the most vital pieces of kit you can bring to Luphathana is a large micro-fibre towel (see:
Try not to leave home without em) to constantly dry the front elements of your lenses and the filters that you use. In fact, bring two. Then on return to your base, a shower with your tripod in attendance is mandatory. 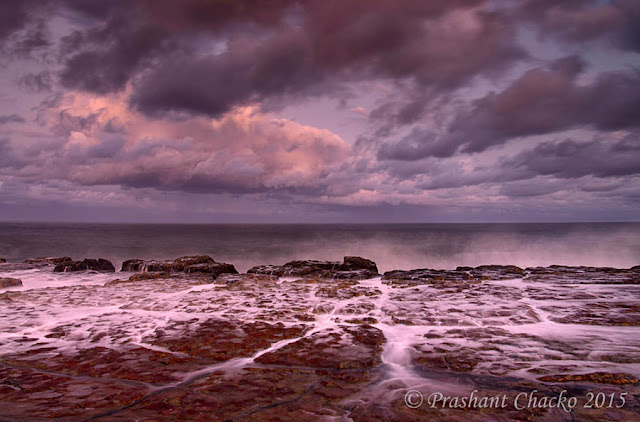 A short walk south west of Luphathana is also the bucket-list location of Waterfall Bluff. This astonishing waterfall drops directly into the ocean as the waves crash and swell into a small bay formed over millennia by the Mlambomkulu River. Waterfall Bluff is as mesmerising as the waves of Luphathana. It is practically a must to set out in the dark and walk the 4 or so kilometres from Luphathana to Waterfall Bluff in order to see the light slowly shift from purple to warm orange against the linear strata in the cliff walls. There's more for those prepared to walk a little further to the amazing rock arch of Cathedral Rock. 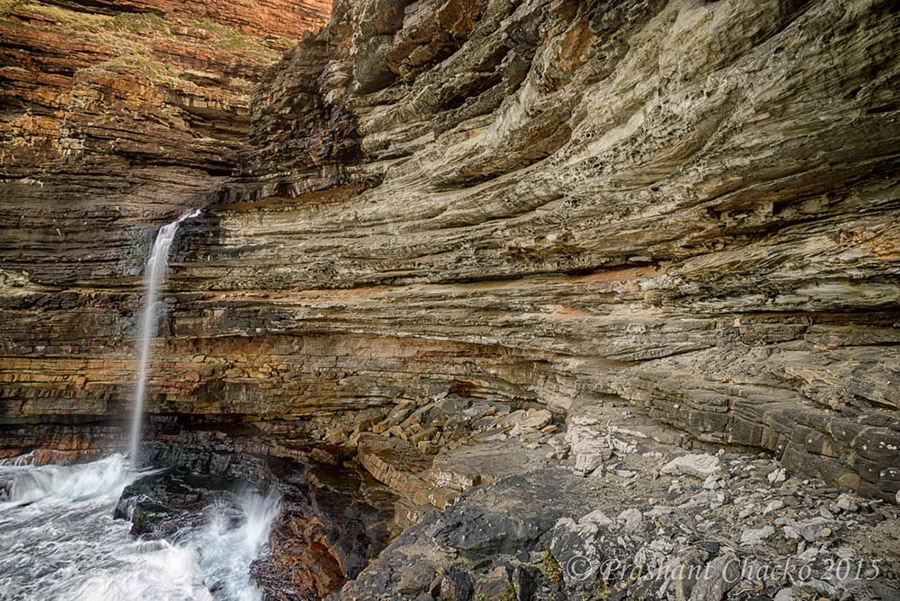 Luphathana and its surrounds had us enthralled for three days. Bouncing along rutted tracks and through the semi-abandoned Magwa Tea Plantation allows access to the butt-clenchingly vertiginous view of Magwa Falls as well as incredible avenues of leafy trees planted to shield the old tea plantations from the prevailing winds. It is quite possible to spend literally the whole duration of the workshop in this one location and not be bored. 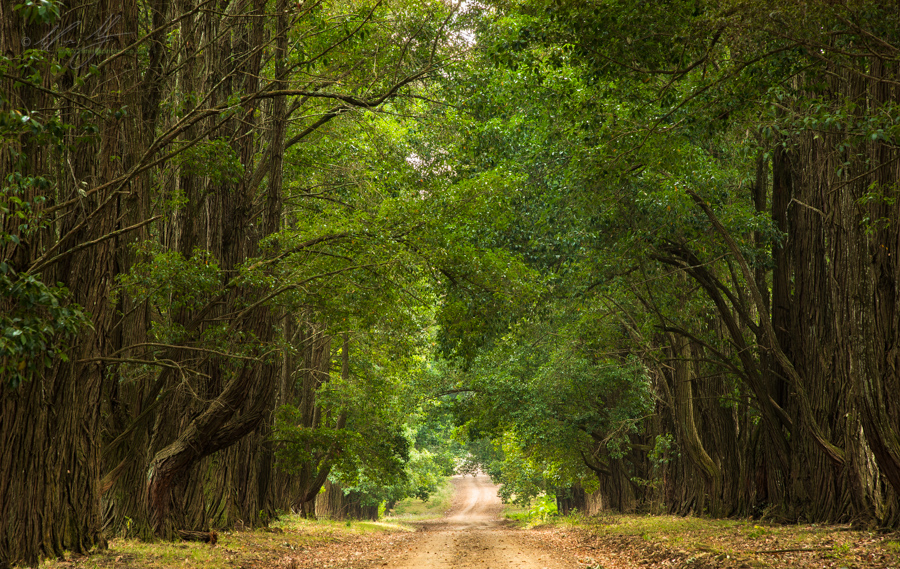 Although there is a downside to Luphathana. The Wild Coast is home to a seemingly enormous and vagrant population of cattle that wander along roads and fields as if they are the barons of the land. The cattle become a quintessential part of the landscape and you actively seek them out as they bum about on the beach. But, and this is a big but, they come with a tiny little drawback. A tiny six legged drawback that seems to creep into every article of clothing and bedding that you have. A short walk through the bush will result in a half dozen of the little buggers wandering round your legs in attempt to find a more intimate spit to sink their tiny little jaws into you flesh and start sucking blood. I am of course referring to the insidious little pepper tick.

On the recce trip to the Wild Coast I made a note on my iPhone: 'NB Bug Repellant - lots of ticks'. I glanced at this while packing for the workshop and shrugged it off thinking; how bad could it have been. Apparently very. By the last night I felt like my legs were a burning, itching, seething mass of insect bites. The little blighters are so small that it is nearly impossible to pick them all off. Then to add insult to the bites, Preeti and Prashant seemed to crash through bushes and wade through tick infested foliage and pick up exactly ... none. I on the other hand would simply walk between the dining/workshop area and our tents and return with at least three new hitchhikers limpet-ed to my calves. So yes, remember the bug repellent! 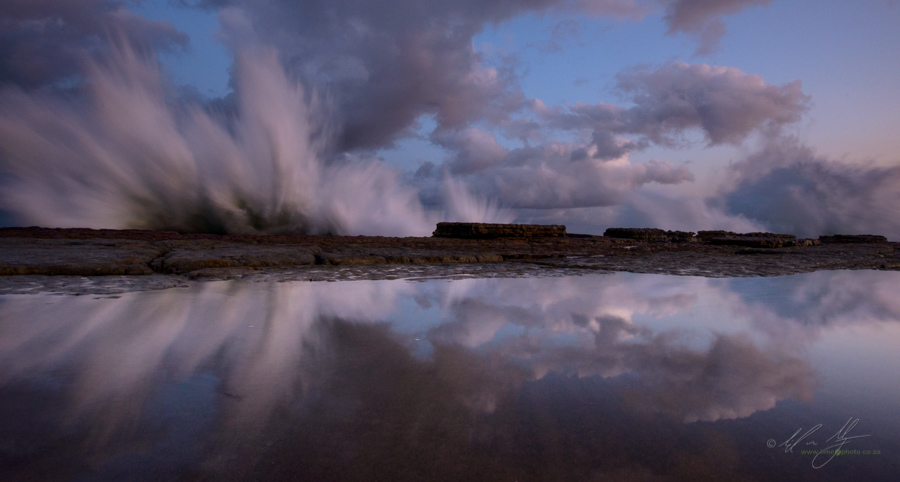 After our long journey back to Durban I received an email from Prashant and Preeti that simply stated, "we have unfinished business on the Wild Coast". This phenomenal stretch of coastline is as enticing and intoxicating as it is rugged. The colours and light play out against each other at every turn. Plunging valleys meet rolling plains that drop suddenly into dizzying gorges. Rough cliffs and mountainous waves meet with deep sonorous canon booms. Then you lie on your back (unwisely considering the ticks ;) ) and listen to the wind as it whispers through the dry grass, and smell the salt tang of the Indian Ocean. One can only recommend wandering Wild Coast for a short while, taking a slower approach to life and breathing in the soul of this wonderful coastline.