One modifier to rule them all.

Once you get into using flash in your photography it soon becomes apparent that you absolutely have to modify the light that is emitted from your light units; be it a great big 1000w/s AC powered strobe or a small 50w/s battery powered hot shoe flash like a Nikon SB910 or Canon 600EX. There are certainly times when bare flash has it’s place, but for the most part we tend to modify the light by softening it, bouncing it or colouring it. From the time that I started shooting lit commercial work the one modifier that seems to rise above all others is the incredibly versatile 140 or 150cm octabox. 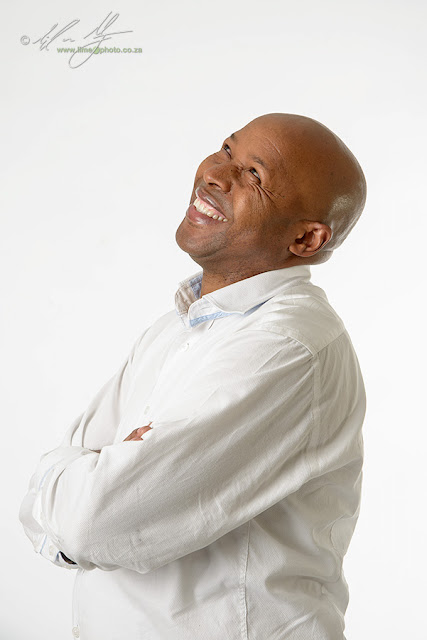 Everyone starts with umbrellas. They are cheap, easy to setup, simple to use, and did I mention cheap. I go through a set or two of them a year as they get completely mangled in the field. I would say that more than half of the lit portraiture I do is with shoot through umbrellas (also occasionally called ‘silks’ in the industry). I don’t do it because I love the light that they produce, but simply because they are easy to carry anywhere, quick to setup and breakdown, and cheap (there it is again). If I have the option though, I will always lean towards by 140cm octabox.

An octabox is basically an eight sided softbox. Most soft boxes are square or rectangular in shape, but because the Octabix essentially has a circular pattern, it creates far more pleasing catchlights in eyes as well as having a bigger surface and therefore a softer light emanating from it. It’s big enough to light a full length portrait relatively softly, as well as light a group. Usually they come with a grid that can be attached to the outside surface of the octabox so you can also get a directional soft light (although this can wreak havoc with reflective surfaces).

However, it’s not just a great portrait light. It’s fantastic for product photography. The large surface of the octabox creates a phenomenal wrap around lighting effect that positively bathes products in light. It’s big enough that you can use it almost as a chimera light on reflective products (chimera lights are enormous sheets of white that are lit uniformly so that they can create a smooth white reflective highlight on cars in studio lit automotive photography. Smaller soft boxes often impinge on the edge of the product’s reflective surface, leaving a dark ugly line. I have found that the octabox is just big enough to avoid this.

There are downsides to this large modifier, the most serious being that it is large. I work from a small home bound studio for most of my product work and the octabox attached to an Elinchrom 500w/s strobe literally dominates the room. The octabox is also heavy in comparison to similarly sized soft boxes because there is so much material, not to mention the eight steel rods that hold the shape of the modifier. This means that you absolutely have to sandbag your nightstand. Using it as an overhead light modifier (where it absolutely excels incidentally) means using a boom arm on a heavy-duty light stand. I have found that I have to have a bare minimum of 2-3kg of weight hanging off the other end of the boom to counterweight the heavy modifier and strobe. Even a heavy C-stand will topple over if isn’t sandbagged.

Then there is putting the modifier together. Finicky just starts to detail the setup of the octabox. It only gets worse if you want to use the really big octaboxes like Joel Grimes uses. The argument of course is that the light is worth it. Anytime I know that I have opportunity to setup a decent lighting array I gravitate towards my octa. If I have to charge about and do an environmental portrait in minutes, then I will opt for shoot through umbrellas and a small pop up 60cm square softbox. If I know I have time, or I am doing a series of headshots, or am transforming a warehouse or boardroom into a studio, then octa gets pride of place.

It's not that the octa can get you all sorts of different looks. It's pretty much just a great big rounded chunk of light. That chunk of light is super smooth and soft though. Add a grid and it becomes large and directional