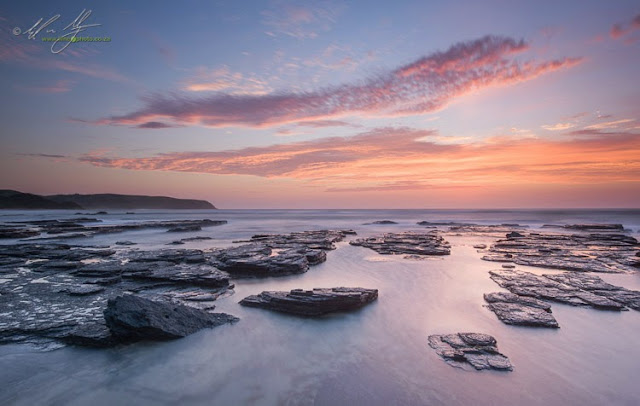 About a year ago I was reading an interview with a rising landscape photographer whose work was really quite eye-catching. A comment of his grabbed my attention when he quite proudly pointed out that he didn’t even know who Ansel Adams is (quite clearly he did otherwise he wouldn’t have actually known the name to start with). For some reason it irked me and I didn’t really know why. It might have had something to do with a similar comment that photographers place on a pedestal certain other well-known photographers, and if you don’t know and understand their body of work, then you cannot possibly be an artist in your own right.


Having once upon a time been an academic of sorts I am aware of the way that we reify the work of certain individuals or individuals themselves as being more pertinent or important than others. There is a good chance that Ansel Adams is one of those individuals. However, to negate his influence on the photographic world and proudly proclaim an ignorance of his work is somewhat naive. Nobody works in a vacuum. We are influenced by what we read, see and by the people we work with and  interact with. Even if the photographer who claimed that they did not know who Ansel Adams was is telling the truth, people he would have been influenced by would have known and would have been influenced by Ansel Adam’s and his work. In a sense, what we produce is a by-product of what has come before.

Still, it does beg the question, why should we care about Ansel Adams and what he did for photography? Maybe a select group of photographers are indeed needlessly elevating the status of photography as a ‘high’ art by using the name of Ansel Adams, among others, as a vehicle to that end? We can continue the theme: why on earth should we care about long dead photographers such as Dorothea Lange, Alfred Stieglitz, Paul Strand, Edward Weston, Elliot Erwitt, or even more recent photographers like Patrick Lichfield, David Goldblatt, or Richard Avedon. Should we only concern ourselves with the living? With photographers who are either famous or are currently in vogue like Annie Liebowitz, Joe McNally, Vincent Laforet or Zack Arias? Or better yet, should we ignore the work of other photographer’s entirely so that we can plump our self-esteem and put ourselves above the work of others (apologies if some sarcasm starts to become apparent)?

It is not just Ansel Adam that we should care about though. Photographers who have the ability to move people through their photographs, to make a difference through the activism of their images, are worthy of being followed. Individuals like Ansel Adams and Minor White contributed enormously to the understanding of and the creation of black and white images. Their ‘zone’ system is still a reference point to accurate exposure to this day. Ansel Adams’ series of books starting with ‘The Camera’ is still considered one of the seminal texts on camera mechanics, understanding light and how to photograph it and ultimately produce a masterful print.

More than this, Ansel Adams was an activist who used photography to further his message. He was a vocal proponent of the parks system in the United States and lobbied for the creation of, among others, Yosemite National Park. It wasn’t just in the conservation arena that he was an activist either. During the Second World War he not only created images of, but actively sought out ways to make the plight of Sino-Americans interned in camps known to the rest of the country. There are plenty of photographers who claim that they are activists with their imagery. The number that are actively activists - not just paying lip-service to the concept - is extraordinarily small. Adams was a real life activist! If for this alone he should be remembered. It just so happens that he also produced masterful black and white images of the places and people that he sought to protect.

Ask any photographer who has trained through a university and they will know the work of Ansel Adams along with countless others (of course this is used as an argument by some that universities attempt to put an ivory-tower gloss on photography). Ask the same question to a photographer trained in a ‘technical’ college and possibly there will be a 50/50 chance that they will know who Ansel Adams is (and chances are that they will have discovered his and others’ work on their own). Now ask that of a ‘professional’ photographer who is ostensibly self-taught. I have personally been surprised when I give lectures on composition how few ‘professional photographers’ are aware of the work, not only of photographers that have come before them, but of the work of their contemporaries as well.

The irony is that the exceptional amateur photographers that I have had the pleasure to work with often know the work of both their contemporaries as well as of photographers of yore better than I do. Photographers who pursue excellence in photography - and this is often amateurs since their goal is non-financial and more likely to be self-expessive and artistic than photographers who are chasing a pay-cheque - will tend to study the work of others.

Any self-respecting painter or illustrator has studied the work of other painters and illustrators. I’d argue that this is the case for the vast majority of the arts. Why is it then that some photographers seem to think that they are better than this, that they shouldn’t concern themselves with the work produced by others. Can we not learn from the artistry of the likes of Ansel Adams, or can we get everything we need from Lynda.com and the rest of the Googleverse?
As photographers, we have a habit of fixating on the technical. There’s a good reason for this. Imaging technology isn’t just moving, it’s on steroids and in a sprint race with its doppelganger self. If we want to differentiate our work (you know, from all those other photographers that we don’t actually know the work of), we tend to believe we can do so by embracing the very latest tech. In reality the story-telling ability of the image and masterful composition will beat technology and technique hands-down every time. This isn’t to say that we shouldn’t move with the times (a commercial or news photographer insisting on shooting film is going to find life somewhat more difficult than someone who has embraced digital as a medium), but that we also need to be aware of what has come before. Painters know this. A much thumbed copy of “Composition in Landscape and Still Life” by Ernest Watson has been a go-to text of mine for years. The book is really a guide to composition in painting. Unlike any photography book I own, it doesn’t discuss technique at all, or at least in the sense that photographers would want. Rather it discusses the juxtaposition of light and dark, elements and shapes, tones and shading - the important basis of crafting an image, not the brush strokes.

The adage that what we produce is merely a by-product of what has come before could never be truer. Seek out the work of others. Look at it. Study it. It doesn’t mean place your tripod in the exact same spot as Ansel Adams did, but it does mean consider how he used contrast and tonal range in his images. There is nothing to lose studying and knowing other people’s work and there is a lot to gain. Sites like 500pix are fantastic for looking at the work of up and coming photographers. The internet abounds with the images of the latest craze or fashion. For this one should be a little cautious.  The internet is continuously abuzz with bright, vibrant, colour saturated images. Not all of them last the test of time. There’s a good reason why images like Ansel Adams’ ‘Clearing Winter Storm’ or ‘Moonrise over Hernandez’ are so recognizable. It’s the same reason that images like Nick Brandt’s shots of Elephants are so immediately viewable and worth remembering, or the street photography of Elliot Erwitts, or the portraits by ... fill in the blank. The point is; find those photographers. Recognize that there are people who have excelled and made a difference. Get to know their work and rather than being ignorant, you will find yourself supremely richer for the knowledge.
Posted by Emil von Maltitz at 3:01 PM