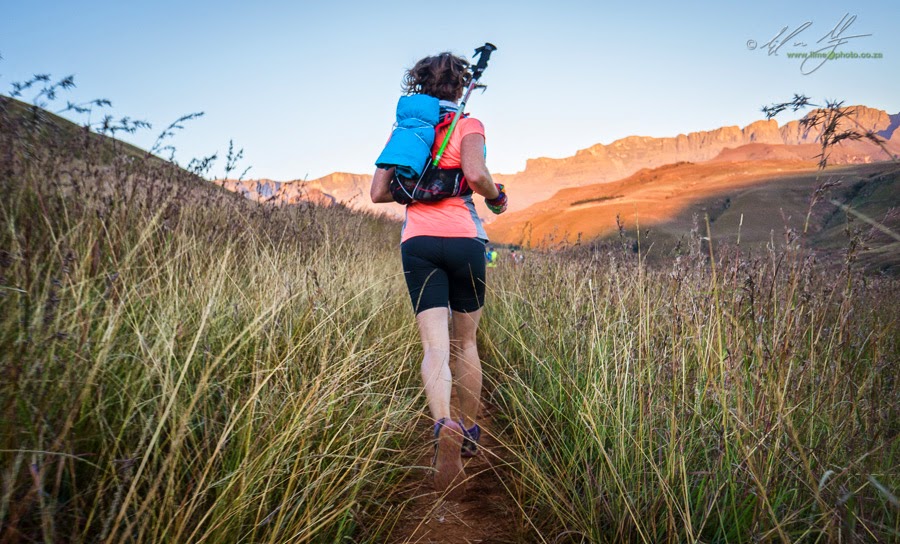 There's an adage that goes along the lines of: the best camera is the one that you have with you! Never a truer word was spoken. The irony of course is that we have cameras with us on a near permanent basis but we hardly ever use them properly and when we do, we never look at the photographs again. I'm referring to the ubiquitous cellphone and its narcissistic selfie-making propensities. Ah, but the image quality isn't as good I hear you say. It probably isn't, but it is good enough most of the time. Still, you are preaching to the devout when you say that the cellphone isn't good enough. So what is?

After a prolonged, children induced rest from running, I have gotten back into cross-country marathon running. This is in large part thanks to my sister-in-law who convinced me to run as her support on the grueling Mweni Marathon - a 39km stab into the Drakensberg Mountains that leaves your legs aching for days after. I last took part as a marshal and photographer in 2010 and wrote about the experience in The Madness of Mweni. Now I was to run it once more. But I needed a camera.

I'm not mad enough to run a marathon up 2000m of ascent with a hefty DSLR. Even my diminutive Fujifilm XT-1 felt heavy when I considered the task ahead. So I dipped into my wife's gear closet for a change and came out brandishing a now aging Sony NEX-5n. Now I was never an immense fan of the Sony. The image quality is reasonable but the handling is atrocious. Then there's the fact that there is no electronic eye-level viewfinder. One of the prerequisites for a camera is that I am able to bring it to my eye and shoot, not look like an idiot holding the camera at arms length and squinting at a screen. BUT, and this is important, add the pancake 16mm f2.8 lens and the Sony with lens, battery, card and strap comes to a mere 340g! To put this into perspective, it weighs no more than a tin of Coca-Cola. That's seriously light.

Trying to run and shoot has it's own set of interesting quirks. The Sony for the most part kept up with its autofocus (for once I didn't insist on trying to manual focus). Playing with the settings was another matter though. With the chilly air at race start I decided to wear some runner's gloves. Trying to manipulate the fiddly little wheel at the back which is way too sensitive proved to be frustrating at best. Once the gloves came off it was a little easier, although I found I had to stop rather than try and run and shoot at the same time. 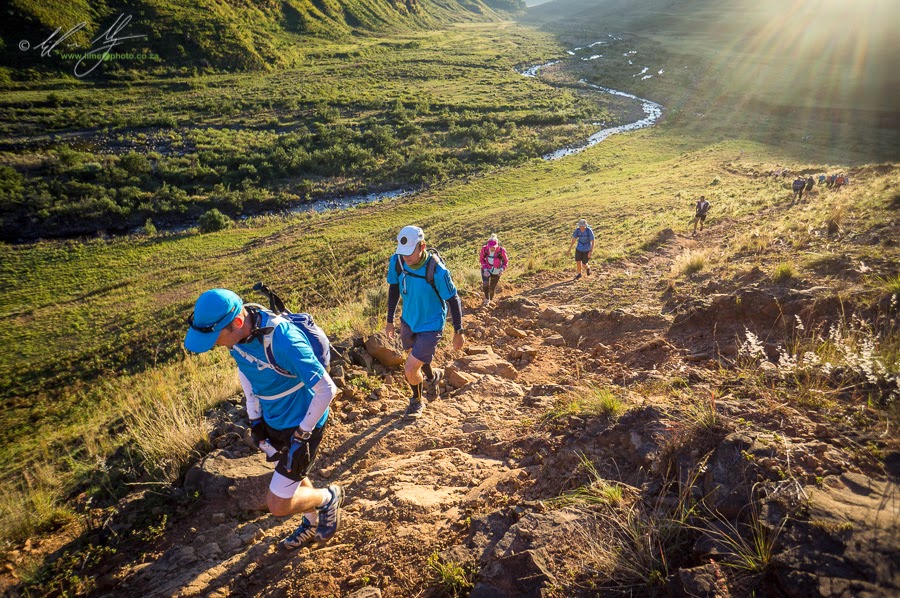 Once I got the hang of the Sony I started to have some fun shooting with it. Unlike my usual considered approiach to commercial and landscape photography I started to just point and shoot. I had an idea in my mind of the image I was looking for, but when you are moving you sort of have to trust the camera to do the hard work. In a way this was liberating. I also used the pop-out screen far more than I thought I would. The opening image is of Mandy running ahead of me. To create a more dynamic viewpoint I opened out the screen and ran behind her with the camera held out low below me. There's no way I could have achieved that with a EVF (and I was running full tilt behind her while shooting).

Yes, the Sony truly sucks in terms of handling if you want to do anything other than Auto mode. I shot on Aperture Priority and shifted my ISO when I needed to. Just doing that was a headache. There is no dedicated button for ISO and the tiny control wheel is so sensitive that trying to shift aperture could end up changing shooting mode, screen zoom or exposure compensation. The point is that the camera performed well for what I asked it to.

You don't need a new camera for everything you do. The best camera is very definitely the one that you already have. The little Sony, as irritating as it was at times, created some really decent images in my mind. Certainly far better than if I had just used my iPhone. As it is I was sort won over by the Sony and its Lilliputian size and weight. It's aging now in the easy come and go world of digital cameras. This means that they can be picked up for a song. That's great for anyone wanting a small light and competent little camera. Which leads me to point out how much good equipment is out there. We have an embarrassment of riches as photographers at the moment.

So I will definitely be back to run the Mweni next year. I'm already thinking of getting better acquainted with the Sony so that it's little annoyances don't hinder me next year. First I need to get my legs feeling better though. I did run up and down a mountain after all :)