Unleash the Creativity - Get Off Auto! 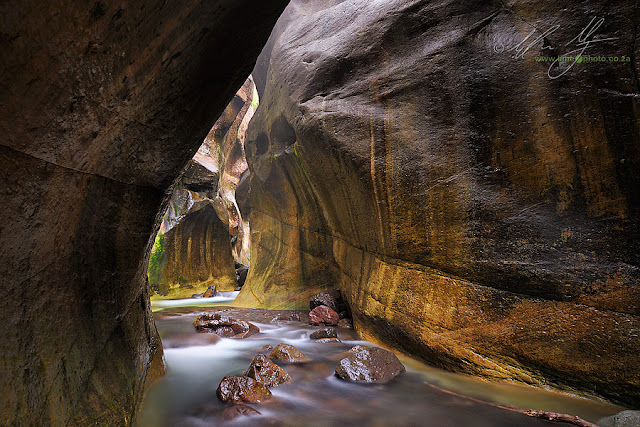 “Your photos look amazing, you must have a really good camera!” We’ve all heard this one before. The assumption that the camera does the work and all the photographer does is press the button. It irritates many, but the surprising thing is how many enthusiast photographers also believe that this is true. In the last few workshops I have run I have heard from a couple of photographers that when they have a problem they slide the mode dial back to the dreaded green square, thinking that it will sort out the problem that they can’t figure out themselves. Talk to seasoned photographers and they do the exact opposite - they slide the mode dial into manual when things get confusing!


Here is what Auto, the green square, is actually doing for the photographer. The camera is essentially a small computer loaded to the gunnels with algorithms and settings, all of which have been programmed into the camera by software and hardware technicians and designers (in all likelihood in Japan). Consider the evaluative metering built into modern DSLRs (called matrix metering by Nikon). Essentially the camera’s internal TTL (Through The Lens) light meter measures the reflective light value from various portions of the scene. For Canon this means taking small ‘zone’ measurements from 63 different segments of the scene. For most Nikon cameras it involves 1005 individual point samplings across

the camera’s view. The data from these metered samples is then gathered and compared to a series of test images in the camera’s database. The test-images themselves (as far as I understand) are created by photographing a very large series of pattern images made of up of black, white and grey targets (there are probably colour targets as well considering that Nikon’s matrix metering takes colour into consideration). The optimum exposure is then calculated for each of these targets.

When you pick up the camera and meter off of a scene, the camera is trying to figure out which one of the test images most resembles the scene you are framing. Based on the test image, the camera then applies various calculations based on your current settings and comes up with a setting to achieve what it has been programmed to render as the optimum exposure. Evaluative metering in its various guises is extraordinarily good, but it still makes mistakes since what you are framing in your viewfinder is always going to be marginally different to the test scenes photographed and recorded into the camera’s internal workings. The most significant difference though, is that the camera is responding to a series of values in order to achieve an average exposure. You, as the photographer, however, may be wanting to do something that does not render the tones across the scene as an average value.
Consider photographing a person against the sun. As good as evaluative metering is, it is going to try to average the tones out, meaning that in all likelihood the person in the foreground is going to disappear into shadow while the background seems to be correctly exposed. It’s worse if the sun is high in the sky. Because it is so bright, the entire image ends up being underexposed as that creates a numerical averaging of values. If you happen to want the person in the foreground to be exposed as 18% grey (as an example) and the background to ‘blow out’ then you would have to force the camera to over expose (i.e. make the image brighter to that of the camera’s original exposure calculation).
Full Auto, does a whole lot more than metering of course. On top of metering the light levels and applying it to a shutter speed and/or aperture value, it actively decides on shutter peed, aperture and ISO based on lens choice and the assumption that you don’t know what you are doing. For example, Full Auto will not recognise that you have placed your camera on a tripod and are wanting to create a long-exposure. It simply registers the ambient light, calculates that you need a particular shutter speed to handhold the camera and manipulates the aperture and ISO to achieve this shutter speed. In the opposite scenario where a photographer might want to open up the aperture to obtain minimal depth of field and maximum shutter speed, the Full Auto might hold back the shutter speed and keep the aperture to a mid range if there is sufficient light to do so.

The camera is essentially a dumb device. It can calculate and it can apply settings according to what it has been programmed to do. It cannot think for itself, nor for the photographer. Neither is the camera clairvoyant. If you see a scene and can imagine it in your mind’s eye (previsualization), the camera cannot imagine the scene alongside you. Full Auto is a technical masterpiece, but at the same time is an ignoramus when it comes to aesthetic creation.

I often teach that the most important aspect of good photography is good composition. Theoretically it is possible to create great images without knowledge of the technical aspects of the camera and only a firm understanding and appreciation of the tenets of composition. However, truly great composition includes the limits of the camera in its very design. Eye-catching, message containing composition (in the sense of placement of elements and the design that this takes on) needs to be coupled with effective use of depth of field, shutter speed, lens choice, filter usage, and careful choice of exposure.
What the camera cannot do is previsualize an image. Only the photographer can do this. Effective previsualization means that the photographer has an idea in mind as to how the image should end up. From this all the photographer needs to really know is the basic rules of light as it enters the camera. To whit: