Inspiration in a Blade of Grass 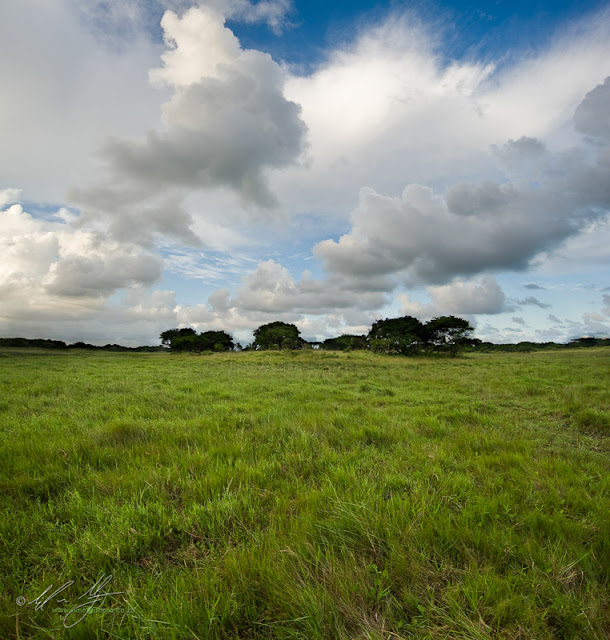 One of the most valuable lessons in creativity that I ever leant was from Freeman Patterson’s book, “Photographing and the Art of Seeing”. It’s something that I have to keep reminding myself as it is all to easy to shrug off a scene as simply being not photogenic enough. The lesson that was repeatedly driven home in Patterson’s book was that everything has photographic merit...everything.

I used this exercise for a number of years while teaching photography through African Impact in St Lucia. Students often grumbled, but at the end of the workshop, the majority had found the exercise extremely stimulating and worthwhile. One of my colleagues who worked there, Sean Tilden, commented that this single exercise did the most for the photographers in terms of learning to look at things from a photographic point of view.

Working at Thanda Game Reserve - still with African Impact - I’ve changed from the hula-hoop exercise to a plant exercise (we don’t have hula-hoops on site). Now we walk and I pick a plant that I want the photographer to create 5 different images from. Some photographers don’t get the point (I’m here to photograph wildlife - what’s a plant got to do with it) but most ‘get it’. It doesn’t matter what we are photographing, it’s the ability to see it in a new light. The photographers who take this exercise the most seriously invariably end up benefiting the most.

Somebody once said that the goal of the photographer is ‘to make the known new and the new familiar”.  The point of the exercise above is certainly not to simply document the object which we are photographing. It is to find something of the essence of the subject that makes us look at it more closely. Immersing yourself in looking at a subject that you don’t usually look at is a wonderful way to open your eyes photographically. 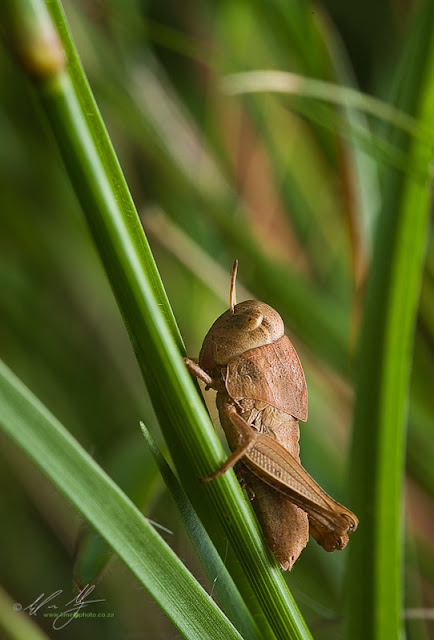 The opening image was created during one of the hula-hoop exercises in St Lucia. I don’t usually go for such central compositions, but this time where I was standing - and according to the rules of the exercise I had to stand where the hula hoop landed - the elements in the scene only really lined up when the bushes were placed dead centre. The image to right page was similarly taken during one of the hula-hoop exercises. Ordinarily it’s quite difficult to find small insects to photograph. But if you are prepared to sit still for a moment, and it doesn’t matter where, you would be amazed at how many small insects there are to photograph!

You don’t need to travel somewhere exotic to create great images. Learning about the place where you live often produces some of the best images that you’ll ever create. Chris Packham in the book series, “The World’s Best Photographers”, comments that, “It’s not the subject that’s important, it’s the image”. Many would possibly disagree, but the reality is that images that draw us in are far more about the image and it’s message than the content on it’s own. Taking the time to study the mundane allows us to learn how to see the message beyond the content. Then, if I can create an interesting image from where my hula-hoop lies, there is a far better chance that I will create a meaningful image when I am truly moved by the subject.

Admittedly some photographers are lucky enough to live in a beautiful location. One of the most inspirational photography essays I have ever looked at, and which follows this vein, is Jim Brandenburg’s ‘Chased By The Light’. In this personal project, Brandenburg chose to only trip the shutter once a day for 90 days. Once! No second takes. To be able to produce 90 well-composed and exposed images from 90 frames is a momentous achievement for a photographer. He writes in the foreword that part of being able to do this was spending time in a space that he already loved, but which he learnt more about through the course of the personal project. Not everyone can live in boreal forest (as Brandenburg does), but that doesn’t mean there aren’t meaningful subjects in your back garden , or down the street.

Which brings us back to Freeman Patterson’s photographic lesson: Everything has photographic merit. We just need to learn to see it.
Posted by Emil von Maltitz at 4:13 PM