Shooting A Personal Project - Faces in my Life 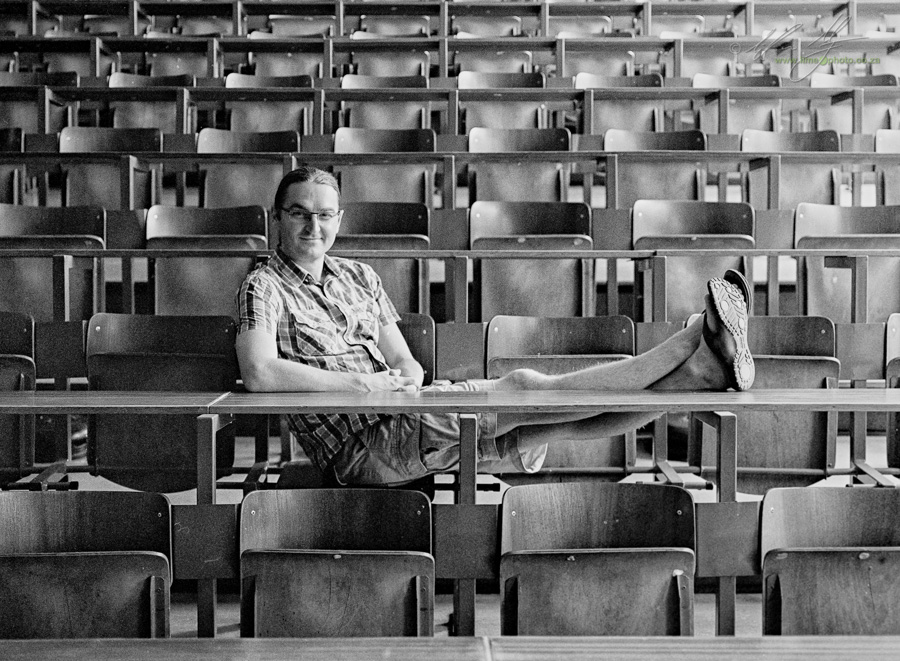 The advice that is given and often ignored is to shoot a project. From the conversations of David Hurn and Bill Jay to the more recent Angela Farris-Belt, to the ever popular internet sensations like Scott Kelby; everyone advises budding photographers and old hands alike to shoot personal projects. Personally I have always found this extremely difficult. My mind needs the crunch that is a client based deadline to be proactive. Otherwise I find myself swanning from one thing to another. Projects like the book I produced for Standard Bank or the timelapse video I put together for Nature’s Light are a lot easier for me to do because someone is relying on me to do it. Give me a project and it gets done. The fear of letting someone down is an extraordinary motivator. When it comes to personal projects the only person there is to let down, is yourself. Maybe that’s worse. What it has meant though that personal projects in the past have been non-starters. 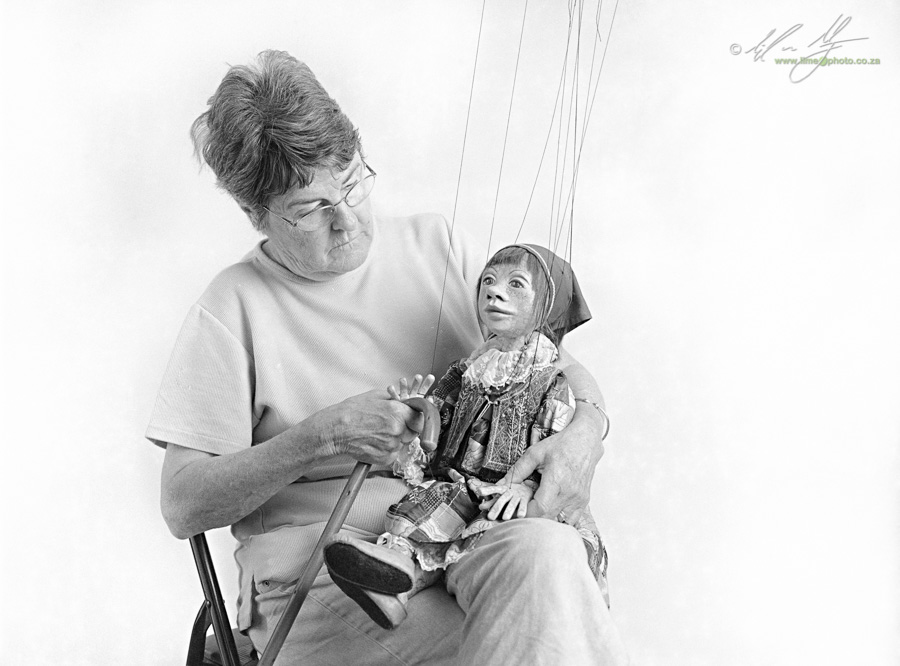 Then, in late 2014, I found myself flying back from Bloemfontein and the funeral of one of the most influential people in my life. I was shocked to realize I had virtually no images of him. I had the odd frame, where he had been at a function, or our families had been together for something, but at no point had I actually sat down with him and said, I want to photograph you.

Susan Sontag (in On Photography) writes about the camera as an aid to ‘capture’ reality, to make it more real somehow. As if by not creating a photo of something that something’s existence is somehow questionable. Joel Sartore’s incredible PhotoArk project sort of follows this theme with his intention to document wildlife everywhere, with the aim of creating an intimate photographic record of life on our planet. To me, photographing people around me falls somewhere between the two motivations of Sontag and Sartore. However, the actual physical process of creating the image is also important. 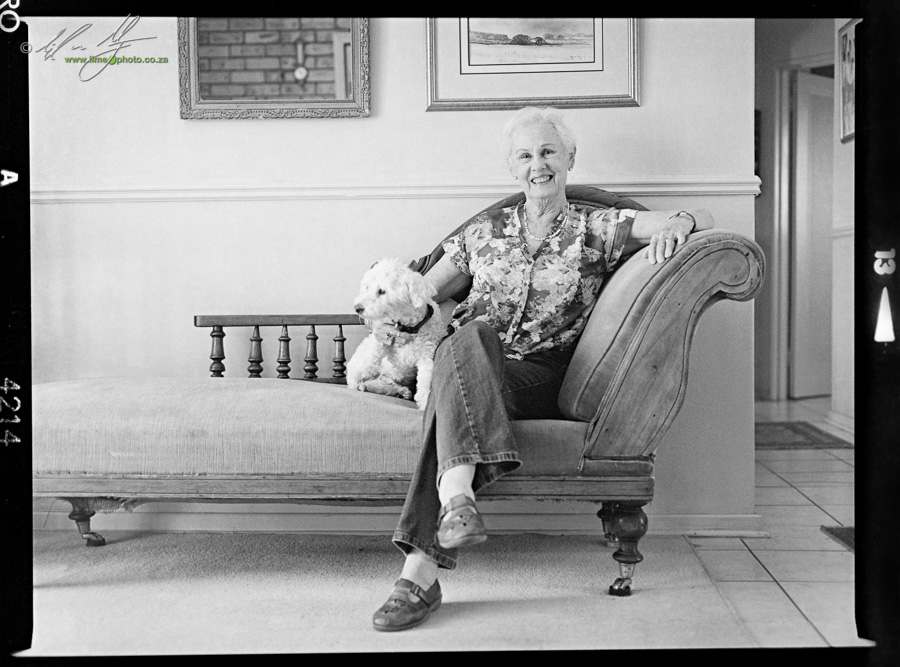 So, the idea of a project came to me. Unlike many other project ideas I have had in the past, and not started, I made this more defined from the very beginning. Part of the problem of creating a project is that it needs to be something that interests you as a person. Creating a personal project that sounds inspiring and IS a good idea, doesn’t make it achievable. In fact, make it too ambitious and you are unlikely to even fire off the first frame. So the project needed to have a defined methodology and motivation.

For me, the purpose of the project is connection. I want to create images of people in my life. People who pass through it. I don’t want that connection to be instantaneous. I want it to be slow. Fraught with the issues that plagued image making a century ago. I don’t want the images to be candid. I want them to be an engagement. Although, as I have discovered some images are slices of a personal moment. What is most important though is the act of creating the image as a space in time. This makes it extraordinarily personal for me. I hope that will be the case for those who sat for the images as well. 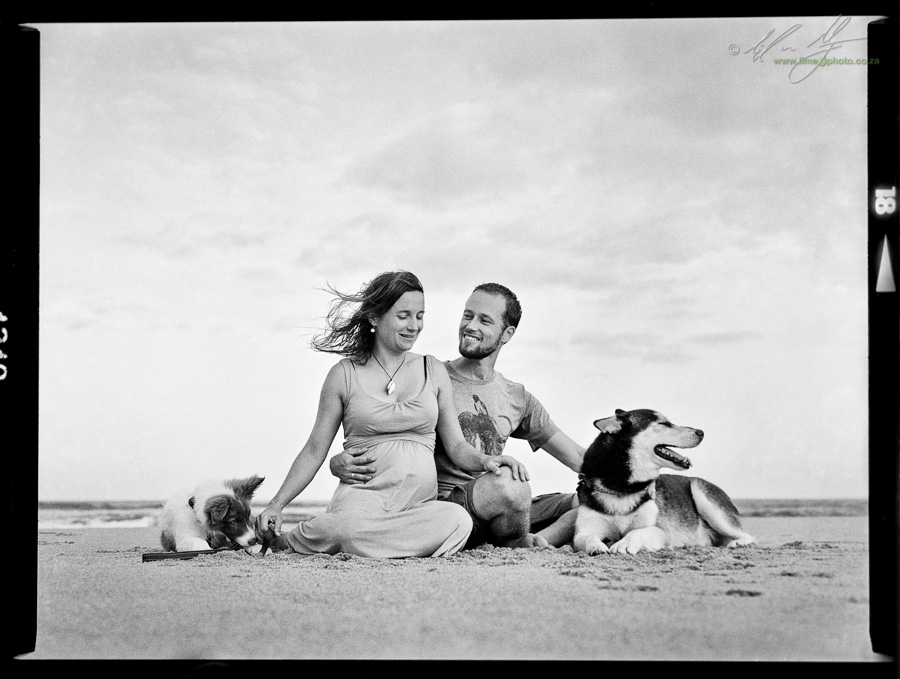 I’d urge anyone wanting to create a project to read the Picture Essay chapter of David Hurn and Bill Jay’s ‘On Being a Photographer’. Admittedly, a great deal of what they suggest, I have ignored. Were I to approach the project from a different angle - from a story-telling angle most likely - I would follow their advice far more closely. The point of this article though, is to a create a project that resonates with the person wanting to create it in the first place.

Since my requirement was to slow things down and create a connection in experienced time and space (of which the image is merely a record of that connection), I decided to set some parameters down. For a start, I was going to shoot the project on film. Not because film is better, but because to me there is a more visceral experience of working with film. For the same reason I opted to use a medium format camera, a Bronica ETRs with a 75mm lens. To keep things simple and create some sense of continuity throughout the series of images that would be created, I chose to only shoot on one film stock; Ilford Delta 400. Also, in line with the concept of connection in the real time, I opted not to use an eye-level viewfinder but rather rely on the waist-level finder. This meant any metering had/has to be done using a handheld light meter. This further amplifies the sense of occasion and, I believe, connection during the shoot. 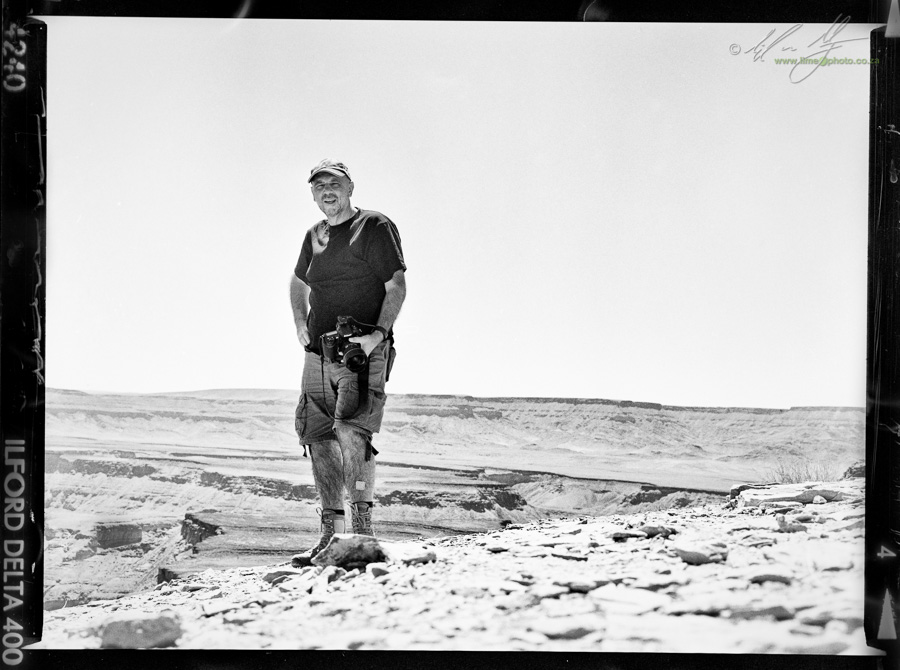 I started at the beginning of 2015 and don’t have many images to show to date, but it has started. That is the point. Unlike grand projects that never lift off the ground, I have actually slowly had these moments where I create the images of people in my life. As a byproduct I have found myself shooting more candid images of people around me on my digital cameras. However, the creation of these film images seems somehow more meaningful. There is even that sense of excitement when I drag the still wet negatives from the reel to take that first look at the image frames. Because of the personal nature of the project there is also a deep sense of loss when a roll doesn’t work out (my first few rolls were a disaster thanks to being too long off the medium format saddle). Certainly the emotions felt in the creation of the images are very different to those created for work, or on a digital camera for that matter.

Yes, shoot a project. Don’t force it though. Part of my biggest problem with creating a personal project is the forceful nature of saying to oneself, ‘this is what I am going to do’. If you are like me and create images every day for work; it will not matter how much you enjoy your work, the project will ultimately end up feeling like work. If the project comes to you in a moment of clarity - an epiphany if you will - you are more likely to see it through. I have plenty of other projects in semi-gestation stage. There are books I am trying to write, exhibitions that are half formulated and outreach programmes that need a kick in the behind to get going. This project keeps ticking because of the personal involvement and emotional attachment that comes with it. It is important to me, no one else, just me.

Postscript: Thanks Mike. I’m sorry I couldn’t sit down and photograph you, but you are very much in my thoughts when I create these images - as the off-chance instigator.
Posted by Emil von Maltitz at 12:10 PM