Light has colour. It’s part of the reason why we love sunrises and sunsets so much. That golden glow on the skyline is warm and inviting. The colour of candlelight is similarly warm and inviting. On the other hand, I don’t think I have ever heard anyone talk about the intimacy and warmth of fluorescent tube lighting. Then you get the new LED lightbulbs with their cold blue light which manufacturers go to great pains to transform into a warm glow reminiscent of tungsten bulbs and candlelight. So the colour of light is important. As photographers we need to be aware of this colour, and more to the point, how to change it.

The first and most obvious way to change the colour of light is of course the camera’s white balance settings. This allows you to alter the manner in which the camera’s sensor responds to the colour of light. In reality it’s actually just a tag that gets attached to the RAW file for later post-production (some photographers will remember the use of UniWB which was a ‘hack-a-round’ setting that allowed you to see the actual colour that the sensor was capturing - usually a greenish caste since fifty percent of the active sensels in a BAYER sensor are filtered for green). RAW files are essentially white balance agnostic, allowing you to change the white balance after capture (there are nuances regarding absolute image quality but 99% of photographers will not notice this). Not so with jpeg files which require the white balance to be set at the time of shooting. The point is that unlike with film, setting the appropriate response to the colour of light is as simple as clicking a button and rotating a dial.

This sadly isn’t the case with images where we add light to a scene. By and large strobes or flash guns are designed to output light that is fairly consistent with what we recognise as ‘photographic daylight’. In theory this is the colour of light at midday on a clear blue sky cloudless day when the sun is at it’s zenith. For film, photographic daylight was estimated at 5200 Kelvin. Electronic flash guns range anywhere from 5000-6000 Kelvin. On top of this the colour of light that a flash puts out changes as a result of age, usage and even heat on a particular shoot. For the most part these changes are infinitesimally small and near impossible to pick up while you are actually shooting. However, it can become a problem when you are mixing your lights. For instance shooting a 5000 Kelvin light alongside a 5600 Kelvin is going to mean that the light from the latter is going to be slightly cooler or bluer than the former. This isn’t a problem if you are using one light as a rim light and the other a key light. It is a BIG problem if you are trying to balance the two lights for a 1:1 frontal ratio (as you might photographing some products for instance). What it would mean is that one side of the thing you are photographing will be bluer than the other.

A large number of the images that I create for clients and personally use a gels in them. I personally prefer a slightly warmer caste than the neutral to blue caste that comes out of my Nikon lights. My Godox AD360 is also quite a cold light, so I have found that even to roughly balance it with my Nikon’s require a gel. 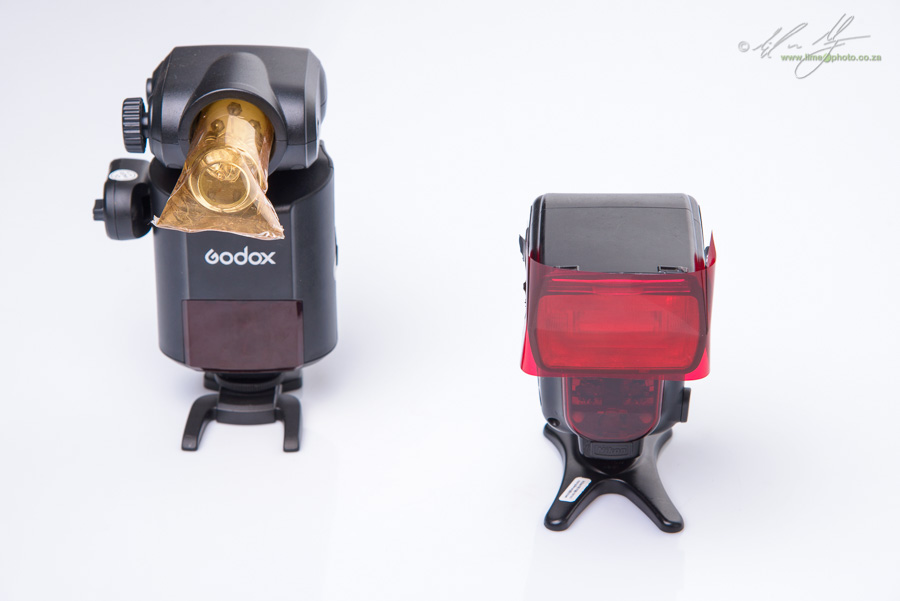 A lighting gel is basically a sheet of coloured transparent hard gelatin that looks a lot like a tougher version of cellophane. Gels can be bought in an extraordinary range of colours and even densities (meaning less or more opaque). Personally I use Lee lighting gels. You can get hold of these in large sheets or even rolls. A full roll of Lee lighting gel is 7.62m x 1.22m! Usually though I just opt for a ‘Full Sheet’ which is 53cm x 1.22m. I then cut these sheets down to the various sizes that I require.

Some readers might be familiar with the popular Rogue colour correction filters. These are significantly smaller filters made to fit into the various hot-shoe flash accessories made by Rogue. Although these are excellent, I personally find them to be expensive and limiting. I need to be able to colour light from several hot-shoe flashes, which all have different front sizes, Elinchrom studio lights and my bare-bulb Godox. The Rogue filters are only useful for the hot-shoe flashes. Buying large sheets of material means you can cut any specific size or shape that you might need. That and a little 3M transparent tape and you can create just about any type of light gel that you can think of. One of the reasons I am gradually shifting to battery packed bare-bulb flashes from strobes and studio lights is the ease with which you are able to gel the light. A tube of lighting gel nipped together at the end easily colours the light from a flash like the Godox AD360, whereas flashes like the Elinchrom 500 BRXi (which I use) requires a large 25x25cm square of lighting gel taped over the front of a reflector dish. This makes it tricky to be able to colour light if you are using soft boxes.

Colour Correcting: The basis behind colour correction is to balance the light from your strobes with the ambient light. If the ambient light is tungsten lighting, then using a 1/2 or full ‘Cut of Orange’ (CTO for short) will turn the flash’s light to a similar Kelvin as that of the tungsten lighting. The real ‘problem’ light is fluorescent tube lighting which emits a sickly green caste. In this case the use of a ‘window green’ or ‘plus green’ gel over the flash head means that the lights are potentially balanced. In the image below, I wanted an overall warm feel to the photograph. It is of a researcher at the Natural History Museum in Durban. I placed a 1/2 CTO over the flash so that I could keep the background warm, bit not completely disjointed with the light on her. 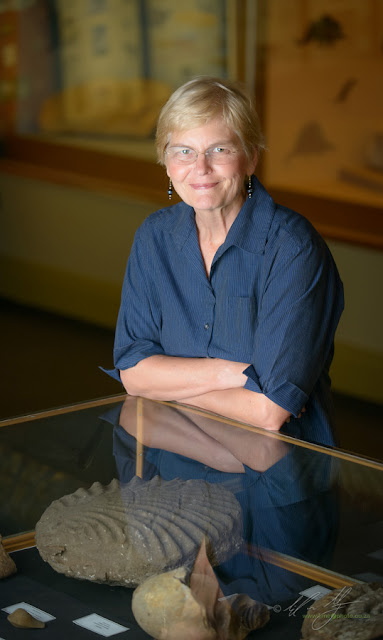 Creative Lighting: This is a whole lot more fun that colour correction. Here you use the gels to create the lighting effect that you pre visualise. Both corrective and creative lighting gels can be used in this instance. In the image below wanted the sky to be really blue while Dumi, standing on the dam wall had to be very orange. Shifting the camera’s white balance to Tungsten (Incandescent) took care of the sky. Putting a CTO on each flash would only have balanced the light, so I needed to stack two CTO on each flash head to be able to get the right ‘serious’ orange on Dumi. The dam walls were then lit using another flash that I popped several times and which had a single CTO.

Personally, I feel that every photographer wanting to shoot with a flash needs to have a basic set of filters in their bag. I carry all my small gels in the notes section of an old canvas wallet (also great for keeping your business cards in incidentally). My basic set consists of several 1/4, 1/2 and full CTOs (Cut of Orange), 1/2 and full CTBs (Cut of Blue), Plus Green and Magenta gels. There are plenty more out there, but these are the ones that I find I use the most. For some of the more creative stuff I actually have a stash of old Cokin A and P series filters that fit the bill nicely.

As I mentioned above, I personally use Lee lighting filters. These can be a little tricky to get hold of in South Africa as most retailers consider them special order items. The answer is to go directly to source and contact the Lee Distributors, Camquip in Johannesburg. Weirdly, they are not actually that easy to find in this day and age of the internet. So here are the contact details: You can look at the official Lee webpage for the actual filters and contact Camquip by phone on (011) 465 8331 or email leefilters@camquipsa.co.za. The guys are really helpful and carry a decent stock of everything Lee, so you can also get camera filters and holders through them (note: this is not a paid placement or advertisement, I just happen to use them and think Lee filters are worth the investment).

Using gels to colour flash light is a way of finessing introduced light to a scene. Gels can be used on any type of light source essentially. Stage lighting technicians have been using gels for centuries (literally). A little bit of imagination and they can be used to phenomenal effect for photographers.

Posted by Emil von Maltitz at 9:53 AM