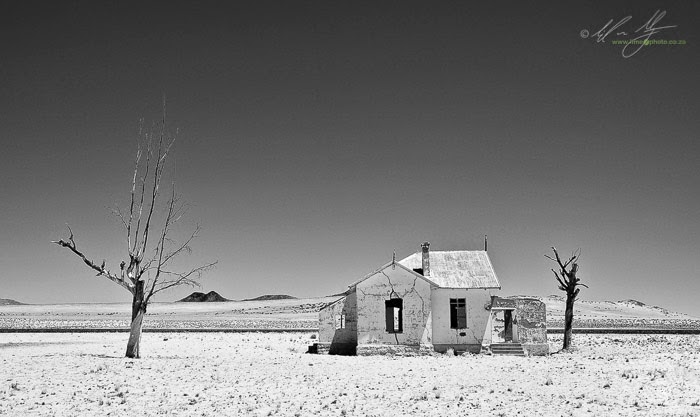 As mentioned in previous Photo Writing essays, masterful images do more than just arrange elements in a pleasing manner. They communicate a message to the viewer. Whether that message is to inspire, instil awe or wonder, horrify, titillate, create a sense of calm; is all dependent on the choice of elements, the framing of the picture space and the relationships created between elements and within that picture space.

It is entirely possibly to arrange elements based purely on their aesthetic strengths. However, when there is more to the relationship than purely form, then the image transcends the aesthetic and becomes emotive and meaningful. I am going to borrow David Ward’s refrain once more. Masterful images are ‘images with intent’. The message isn’t accidental. It is crafted into the composition by the photographer. Creating these relationships within the frame is one of last pictorial goals of the thinking photographer.

I tend to see three types of relationships built into images. The first is that of pictorial relationships, which is also the easiest to learn. This is the outcome of all the compositional tenets that have been discussed over the last six months of Photo Writings. Pictorial relationships rely on compositional positioning, colour, shape and texture to be effective. Molly Bang discusses this at length in her excellent book, ‘Picture This - How Pictures Work’.

Two objects of the same colour in a frame have what we call, ‘colour sympathy’. The eye and brain automatically creates a connection between the two objects because of their similar colour. We could say that there is a pictorial relationship because of their colour. Shapes work in much the same way. A large circle in the foreground and a rounded cloud in the distant sky are potentially seen as related due to their similar shapes. The relationships can be made more obvious by the use of compositional aids such as that of the rule of thirds, the golden ratio or symmetrical balance within the frame.

Images can be even more blunt than using colour and shape to create a relationship. Direct connection of elements also builds relationships. Consider an image of two Emperor Penguins leaning down in symmetry almost touching the top of a penguin chick’s head (like this image by Frans Lanting ). The relationship between the objects is almost already obvious because of the proximity, especially as there is nothing else in the frame. However, the lines created by the angle of the adult penguins’ heads emphasizes the relationship between the three birds, and also introduces the next type of relationship.

Our eyes see the shapes and patterns in an image, but the brain builds the imaginary relationships between objects. Because of our previous experience of the world, the brain can look at two disparate objects and connote a relationship between them, even if there isn’t actually a real world relationship there to start with. 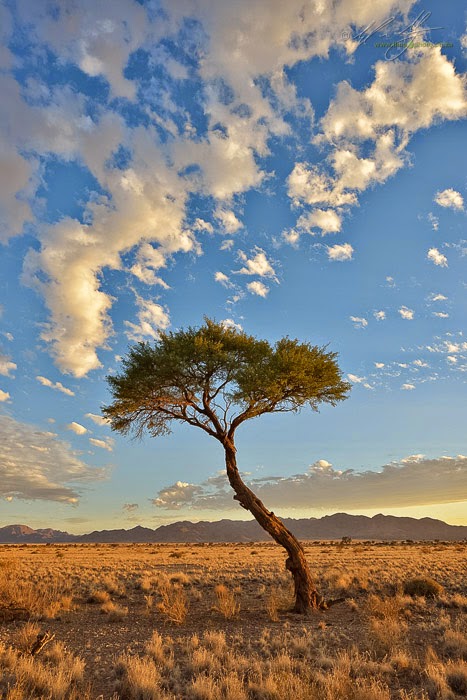 Another way of seeing imagined relationships is taking two subjects and creating a relationship between them in the eyes of the viewer. This is sometimes done to humorous effect by having it appear as if someone is holding a small person; done by placing one individual close to the camera holding out their hand to supposedly hold the small person, while the second individual -the small person in the image- stands further away, thereby distorting perspective in the final two dimensional image. There is no real relationship between the two individuals who are actually standing far apart. But, due to the nature of the photographic image, we can create an imagined relationship.

Strategic placements of elements in the composition is by far and away the most effective way of creating imagined relationships. The simple idea is to get the viewer’s to do the work and the brain to make the connection.


The last type of relationship created is one which might not even be intentional on the part of the photographer. Like a poem that is analysed by literists and critics, meanings can be found that were neither intentional nor even imagined by the poet. Richard Avedon wrote that you could tell more about the photographer than the subject by the images that the photographer creates. Perhaps the unintended inferred relationships are a result of the subconscious’ role in our crafted compositions.
Regardless of whether the inferred relationships are conscious or not, they are often the most important of the relationships. When we look at a powerful image, there is more than the subject matter that is being conveyed. An emotion, a concept, an atmosphere or an idea comes through to the viewer. Good photographers work hard to incorporate this final form of relationship which is essentially relating something in the image to something that is not immediately a part of the physical photograph.

The idea of relating a physical part of the image to something that is not physically a part of the image can be confusing, and difficult to achieve. Another way of putting it is that the elements, their traits and arrangement, can connote or infer something to the viewer. A solitary tree positioned on a tiny islet in the middle of a placid lake connotes tranquillity. There is almost a relationship between the elements in the frame and the concept of Zen - if the elements have been arranged in a balanced way. Place the horizon at a slant and the image is suddenly one of potential discord.

Intertextuality plays a large role in creating this final type of relationship. The more knowledgeable and worldly the photographer the more complex their images become. So I suspect at any rate. As an example, Henri Cartier-Bresson’s work is not particularly easy to read. Of photographers I have met, the longer they have been involved in photography, the more they appreciate Cartier-Bresson’s work (the cynic in me posits that it may be professional snobbery). In a similar vein, the more artwork the viewer has seen, the more they appreciate complex meaningful compositions. This is because no artwork stands completely alone. Photographers are inspired and stimulated by other photographers’ works. Viewers read one image in relation to others that they have seen. The more we as viewers are exposed to, the more meaningful a crafted image can become. Images are so much more than the simple mechanical act of transforming light into a picture.

Crafting compositions is not easy. The good news is that the more one works at it, the more natural it becomes. At the beginning of this series of essays I wrote that part of the difficulty in elarning composition is that many of the photographic masters claim that composition comes naturally to them. Of course it does, because they have spent decades learning how to compose. Anyone can learn how to masterfully compose an image. It just takes time and hard work, far mroe so than simply klearning the relationshop light and hte camera’s mechanics!