Who Moved My Cheese (Shortened and adapted from the book of the same name by Spencer Johnson.) 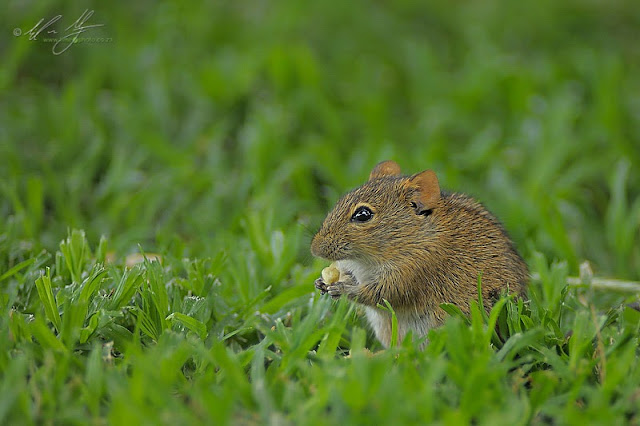 Imagine two little mice with tiny little cameras who make a living out of photographing cheese. Place these two mice in a labyrinth and let them find a stack of really good Gorgonzola. Now their job is to produce excellent and varied imagery of that cheese and have it published via Cheese Weekly for which they receive the generous income of....more cheese (maybe this time they’ll eat it). Every day the mice come back to the same spot in the labyrinth and find a new stack of interesting cheese, Stilton, Emmenthal, Cheddar, Wensleydale, you name it. Every day the mice photograph the cheese and send the resultant files to Cheese Weekly and receive their usual and generous salary of cheese.


Life is good. The cheese keeps coming in and even National Cheese and the Cheese of the Nation start to make inquiries about how they can get some of the imagery that the two mice are creating. However, Mouse 1 (we can call him Nibbles) notices that he’s starting to produce much of the same imagery day in and day out and wonders whether there is a way to create better, new imagery. In fact, he starts to wonder if there’s more to the world than cheese. Mouse 2 (we’ll call him Steady) thinks that Nibbles is going off his rocker, they have it good with all this cheese. Still, Nibbles starts to venture into new parts of the labyrinth, and in his travels comes across new, but smaller piles of cheese to photograph. He tells Steady about this, but Steady is convinced that the cheese they have is better than the small piles of cheese in the rest of the uncharted labyrinth. Nibbles also tries new things with the cheese he finds. He explores lighting options and plays with new compositions and techniques to explore his interpretation of cheese.

Right at the height of all this cheese, Nibbles decides to move on permanently and says his goodbyes to Steady who thinks that his friend has gone mad. Nibbles, however feels that diversifying and exploring new avenues of cheesetography is important to his personal development as a cheesetographer. In Nibbles’ explorations he has various highs and lows. He goes a whole week without finding any cheese, and at one point the cheese that he is photographing is being constantly rejected by the cheese publications that he is used to using. Still he perseveres, and starts to produce better imagery and gain a more varied skill set. Soon, Nibbles has explored so far from the original cheese pile that he finds it difficult to even return. This is a danger he realises, but the avenues he is exploring are so exciting that they have completely rejuvenated his love of cheese.

Steady, on the other hand, was doing fine. None of this flitting about and trying new things. The cheese was good. Then one day the pile of cheese seemed a little smaller. Not to worry, thought Steady, I’m sure it will improve again. Then suddenly the publications he was supplying with imagery started returning less cheese as payment. Steady complained, but the editors turned around explaining that they had a vast supply cheese images already, and that there were other mice out there with newer images.

Those ‘other’ mice started to appear around Steady’s patch as well. One morning he arrived at his usual pile of cheese to find 3 younger mice armed with brand new cheese lights and cheese lenses muttering about the instamould images and the cheester style. Steady was nonplussed. How dare these young upstarts invade HIS territory talking as if they were real cheesetographers. Nevertheless he muscled his way in and kept on shooting, exactly as he had before. He grumbled a little when his payment of cheese seemed even more reduced than before, but reasoned that he was a seasoned expert and the cheese publications would ultimately reward him for this.

The worst was yet to come though. After a hard day of shooting cheese, now amongst 5 new cheesetographers, Steady approached The Daily Cheese with his images full of confidence, only to be told that the editors were now getting their cheese images through an RFF library (Rights Free Fromage), and when they couldn’t get that, they thought that readership generated content would suffice. Steady, shocked now, went straight through to The Cheese Sun, now thinking that maybe he might even find some permanent work there what with all his experience as a cheesetographer. He was getting a little worried by all the new cheesetographers out there. Passing his pile, he noticed there were now 11 cheesetographers all trying to capture the same imagery. Shockingly, some of them didn’t even study cheesetography formally. Some of them didn’t even know what film was - the horror! Steady was in for an even greater shock though. When he arrived at the Cheese Sun he was told that they no longer hired cheesetographers and were instead giving new iCheesephones to their cheese writers. Downhearted, Steady went back to his pile where 15 other cheesetographers were bickering about who had gotten there first and waited in line for his turn to photograph the day’s Gorgonzola.

A few weeks later Steady was sitting in the bar forlornly looking at the classifieds in the Saturday Cheese when Nibbled walked in. Nibbles urged Steady to get out there and do new things, that Steady’s experience would help him if only he explored new options. In the time that Nibbles had been away he had learned all sorts of new skills. For a start he had begun teaching cheesetography workshops. Steady looked at him and complained that everyone with a week’s worth of experience was now offering these workshops. No problem, said Nibbles, it isn’t the only way I live anymore. Nibbles went on to explain that he also produced art prints of cheese which were now highly sought after by the cheeseratti. On top of this, Nibbles was now doing commissioned cheesetography for the actual cheese manufacturers. He explained that it had been hard work, but that he now had various avenues of livelihood so that if one folded or didn’t work he could rely on the others while he explored new avenues. He went on to describe excitedly the potentials available in the new 3D cheese imaging and how new cheesetographers were stimulating him to try new things and push himself creatively. Steady rejoindered that he was comfortable with his old cream-halide equipment and didn’t feel the need to learn new things. Finally, Steady angrily exclaimed, “the industry needs to change, not me”. Nibbles looked at his old friend sadly and said, “Steady, the industry HAS changed”.

Postscript - Back in January I wrote an article entitled ‘The Future of the Profession’ which garnered a small amount of interest among several photographers and colleagues of mine. I admit, that I may have been overly optimistic about the industry that photographers find themselves in. Nevertheless, Denis Hocking wrote a very insightful and concise response to this which basically ratified my ideas. Recently I have been reading and listening to a lot of industry professionals complaining about the state of the industry. They moan about the pricing of their work, they moan about other photographers being too cheap, they gripe about the price of equipment and they belittle and gripe about the young photographers they see as muscling in on their turf. It’s interesting to note that the photographers that are excited about their profession don’t moan about the competition. They also tend to be the individuals who embrace new technologies and help teach those who are also learning. Their images also tend to be more compelling and fresh. This does not mean one should follow every fad (HDR, Instagram etc.), but we should be pushing ourselves artistically and technically. The great thing is, if we do, chances are we’ll find ourselves ahead of the curve.

Post-Postscript - This article was initially published in my monthly Photo Writing. To receive these (before articles are posted on the internet as well as receiving additional material please subscribe to the monthly on the Limephoto front page.