To Clone or Not to Clone...

It's a slippery slope that I often talk to students about. Do you remove unwanted objects from an image or not? To me it ultimately comes down to the actual usage of the image. This is easy to control in most situations, but not in stock photography. Once your images are uploaded to an agencies' collection there is little control over the actual usage of the imagery. In fact there is less than little, there is none! 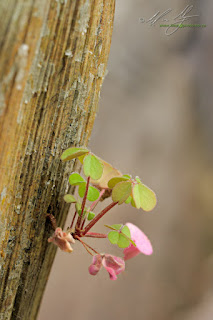 Above is an edited version of an image created while staying on South Africa's wild coast. It is of a small plant that has grown from the side of a larger tree in South Africa's Wild Coast. Apart from some colour saturation and contrast adjustment the largest portion of post-production has been with removing aspects from the image that detracted from my 'vision' of what the plant looked like. Below is the unedited version. 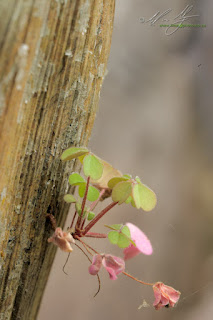 It's not difficult to see which is the stronger of the two images (in my opinion at any rate). The question then comes down to which is the photographer ethically happy to utilise. For me, as I mentioned above, end use is pretty much all-important. In photojournalism this image would be a definite no-no. The field demands as authentic a reproduction as possible. But what is authentic? If I had gone in and removed the damaged petals would the image then be an authentic reproduction? Does this mean we should destroy our subjects in order to photograph them?

As an artist I don't have these qualms anymore, but should I decide to enter an image into an international salon such as the Veolia Wildlife Awards or the Windland Smith Rice Competition I once more have to be aware of the fact that the above editing would be considered worthy of a removal from the competition. i.e. it is not allowed!

Stock tends to be that middle realm where advertisers and designers live. For this reason I often don't worry about whether the image has been manipulated to a certain degree. A great deal of the images of mine that are sold through Getty Images end up looking nothing like the original files that were licensed to the client. Still, if there is significant manipulation there is the option to mark the file as having received more than the standard amount of post-production. The interesting thing here though is that different photographers presented with the above image would vary as to whether it constitutes excessive or standard manipulation.

So there really is no answer apart from being able to follow your own moral compass. As an aside though, Nikon's Capture NX2 is often condemned for it's mind numbingly slow operation and more than dated features, but, I have to admit that their healing tool (called the Auto Retouch Brush) is very impressive. Imagine Photoshop's healing brush and patch tool combined into an easier to use brush and you have the Capture retouch tool.