Not Quite Right but Great! 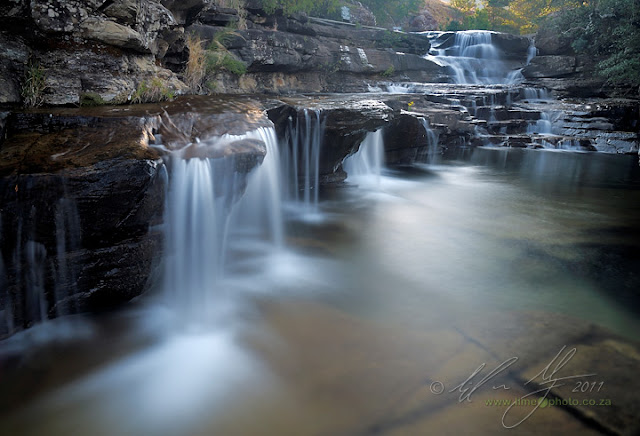 Sometimes you don’t exactly get what you expected, or rather hoped for, as a landscape photographer. Sometimes the light isn’t quite right, or there is something that obstructs what you feel would make the ultimate 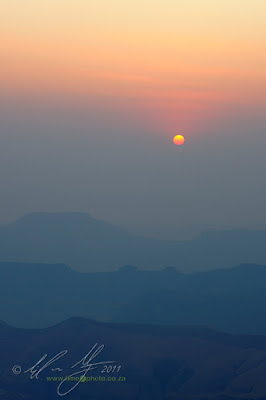 composition. Perhaps the clouds aren’t in the right place, or the right shape. Maybe there’s rain instead of sunshine, or even that there’s simply too much sun and not enough cloud. Or maybe you go up the Drakensberg expecting grand vistas and there aren’t because it’s simply that time of year when the haze gets so thick you can barely see to the bottom of the mountain.
This month’s Drakensberg photography workshop was a little like that. Rather than the usual clouds and rain that seem to coincide like clockwork with our workshops, there were no clouds, plenty of harsh sunshine and a whole lot of murky haze. But, you can work with this. This is still the Drakensberg. The photographers handled this with aplomb I thought. When the sun was too strong, use a fellow photographer as a makeshift gobo or sunscreen. When the light was in the wrong place, look for the inner landscapes…beautiful close-ups that show of the mountains as much as the grand vistas do. When the haze is like pea-soup, go abstract and look at the amazing lines that appear instead of the finer details of the valleys below. 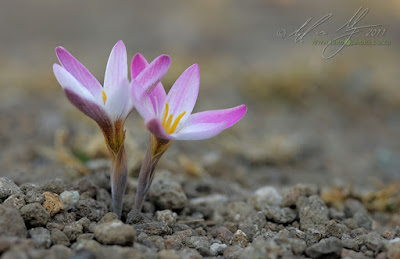 Too many photographers put the camera away when the light isn’t quite right. I’m guilty of this myself at times. After a weekend of ‘not-quite right light’, while looking at the images a crit session, Bash, one of the photographers summed it up nicely, :”I wish I had taken more shots”. When life gives you lemon’s - figure out how to light em properly. Group them together for a great still life, get in close for a macro, and then when you are finished make some lemonade.
So, despite lighting that wasn’t right, and situations that weren’t perfect, the Berg was awesome as usual, with some stunning images produced by the photographers. A great bunch that I had the pleasure to spend some time with. 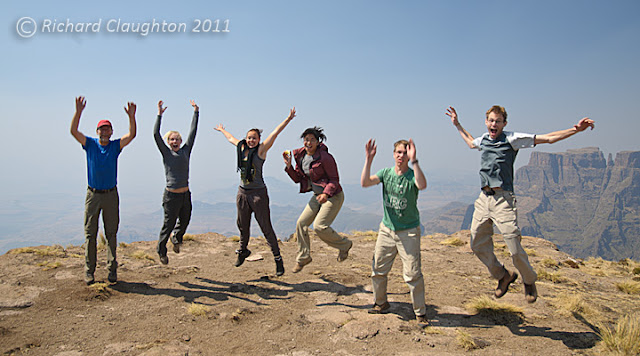