I don't usually post news articles on this particular site unless I consider them truly significant or useful on a much more fundamental level than a new camera or lens announcement is. This announcement did catch my eye for that very reason. Raw Studio 2.0 is a Linux based RAW conversion engine that has just been released in it's second version guise. It is an open-source software, like all Linux programmes, and like all open-source Linux packages, it
is available free. 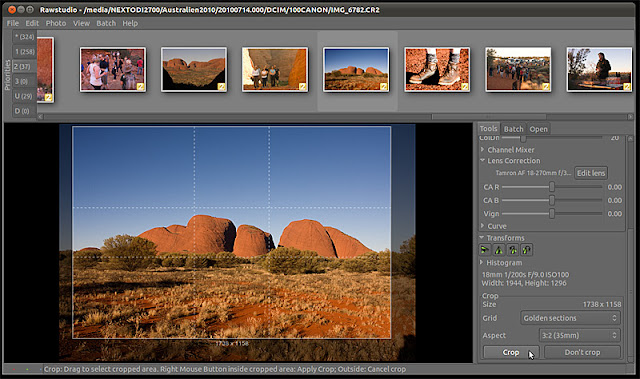 A growing number of computer users have started to look at the Linux based operating systems such as Ubuntu which are not only free, but which often work more efficiently and faster than the expensive competition. The problem is that to run any microsoft based programmes an app called Wine needs to be used. This is where the proverbial bugs creep in. With Raw Studio and Gimp it is now possible to run an effective digital workflow using only Linux based software.

Sadly I haven't tested the system. A modicum of programming skill is required to work Linux. This I'm afraid I don't have. I have played with Gimp though and am suitably impressed. Photoshop is still the industry leader, but the free Gimp gives it a rather good run for it's money (and what a lot of money it is too!). If Raw Studio is anything like Gimp, and I hear it is actually easier to use, then it should definitely be considered for anyone wanting to try out Ubuntu or a similar OS.

You can visit the site and download Raw Studio from http://rawstudio.org/
Posted by Emil von Maltitz at 7:59 AM