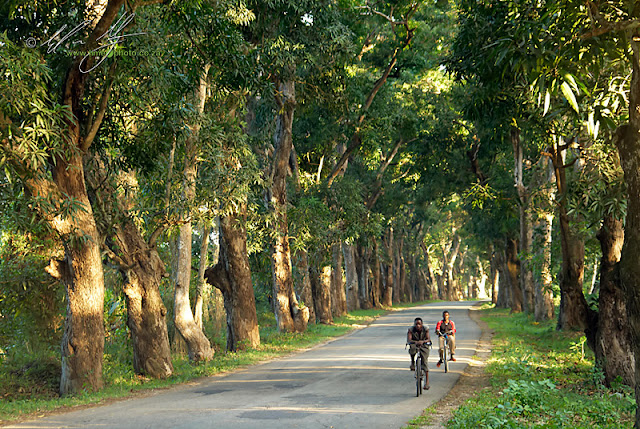 The move to video

Two of the more exciting introductions in the last 3 months are the late 2011 announcement of the Canon 1Dx (to ship in March 2012) and the January announcement of the Nikon D4 (to ship in February 2012). Although both cameras have brought further refinement to stills shooting, it is in the attention to video capability that that the manufacturers have concentrated and possibly even excelled. Although Nikon was the first to introduce video to a DSLR (with the Nikon D90) Canon carved the way into professional cinematography and filming with the Canon 5Dmkii (now an established favourite among indie movie makers who want the flexibility of a system camera, the shallow depth of field of 35mm film but without the cost of an Arri or Red Scarlet). Canon are betting squarely on continued revenue from the film industry with the introduction of the C-300 and attendant EOS lenses that are designed purely for film (moving pictures, as opposed to silver halide). 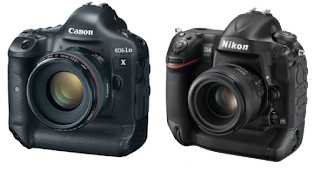 Nikon were late off the bat, but the now realized D4 is, biases aside, the more compelling camera when pitched against the Canon 1Dx (at least on paper as neither camera is commercially available as yet, although a number of professionals, including Joe McNally, involved in the creation of the D4 brochure have spoken openly about the camera). Neither camera is designed purely for the still’s shooter, although no still’s shooter would be disappointed with either beast. In reality, if you are shooting with a Canon 1D mkiv, 1Ds mkiii, 5D or Nikon D3s, D3x or even D700, these new cameras are not going to improve your photography or make creating images significantly easier. The 15% resolution jump in the D4 (from the 12mp D3) is nice, but not massively significant. As it is the Canon 1Dx represents a pixel reduction from the 5D or 1Ds. No, neither of these cameras has landscape or even fashion as it’s intended audience. Both are supposedly low-light monsters and most significantly, video cameras capable of producing cine quality at a fraction of the cost of the traditional digital cine solutions (Red Scarlet for instance).

What is interesting in all this is the traditional camera design that is still adhered to. Canon’s C-300 boldly steps away from this, but the D4 sticks to the control layout of a current modern DSLR. Oddly, Nikon even highlighted the inefficiencies’ of the design by showing various D4 cine rigs at PMA – all with after market, subsidiary designed cages and accessories for making video capture possible with a DSLR. To be fair, the camera should merely be considered the body of a system in much the same way that the Red Scarlet would be bolted into a cage with large electronic viewfinder, pull-focus wheels etc. etc.

At any rate. Video is here to stay, and has become a dominant part of the digital market with the big two camera manufactures squarely placing their flags in this camp. Still’s photographers haven’t lost out. They had it close to nirvana in the first place. But videographers are definitely the one’s smiling right now.

Of all the announcements over PMA and prior, the one that got my heart thumping was Fujifilm’s XPro-1 mirrorless camera. Mirrorless, as originally introduced by Panasonic and Olympus is essentially the attempt to cram DSLR quality into smaller, almost compact camera sized cameras. Some of the manufacturers have almost gotten this right. Consider the diminutive Nikon V1 and J1 cameras. The lack of a viewfinder is almost ubiquitous among the growing number of mirrorless cameras. All except the largely welcomed Sony NEX-7 (only now becoming available after being announced mid-way through 2011), the Nikon V1 and now the Fuji XPro-1. 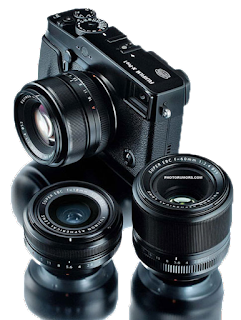 Mirrorless is an odd category in that the camera manufacturers don’t seem to know where to aim it. Nikon aimed their entrant toward the compact owner wanting something more than a compact can offer, but without the complexity of a DSLR. They did this for good reason when one considers the entrance of the now capable camera-phones. Panasonic and Olympus have aimed all over the place, never really getting it spot on. Sony have betted high and low as well, but getting it a touch closer to ‘right on the money’ when targeting their NEX-7 to enthusiast and professional photographers. An enthusiast wants direct camera control, a viewfinder and to some extent customization options on the camera. The NEX-7 delivers in spades and has a 24.5mp sensor to boot. Personally I think Sony have overstretched on the resolution as the optics are unlikely to deliver to the absolute requirements of the sensor (IMHO). I think Nikon and Canon got it right with the Full Frame 16 and 18mp respectively for the cameras mentioned above.

But mirrorless isn’t necessarily selling more cameras. These cameras are being bought, but at the expense of DSLR sales, and to a small extent advanced compact cameras. I think we’re at the crest of a wave with mirrorless. It’s a nice package, but it will become a niche camera type in the next few years. It’s not going to go away by any means, but will be less volatile to the camera industry as a whole than has been the case over the last two years.

Still, the XPro-1 made my mouth water. This is the poor-man’s Leica! All metal construction, an optical viewfinder – with on demand electronic viewfinder capabilities – razor sharp prime lenses, a soon to be released Leica M adapter, control-layout ala traditional rangefinder, and a new non-bayer pattern 16mp CMOS sensor that promises a resolution equivalent to a 5Dmkii (thanks to the 6x6 colour array that does away with the need for an anti-alias filter). Fuji are going to be without stock in a matter of days after it becomes available. They have betted on the niche market and unique properties that mirrorless affords. They bet right I suspect.

In the last two years running the most used DSLR for images uploaded to Flickr was the Nikon D90 SLR camera (just overtaken in the last month by the Canon EOS 5Dmkii). The most used imaging device, and it outstripped the D90 by a significant margin, was the Apple iPhone 4. This is more than a trend, this is the future. The average picture-taking individual is not an enthusiast photographer. She or he is an individual who wants to take snap-shots and share them with friends and family instantly via the internet, or cloud as it’s starting to be referred to as. The new iPhone 4s has an 8mp camera and over 5000 individual photography related applications that enable the phone to be more successful as a camera than most consumer compact cameras, with the added advantage of instant connectivity to send an image anywhere in the world, so long as there is reception.

A number of writers have commented on the enthusiast’s desire for an iPhone type camera that has interchangeable lenses. Imagine an iPhone with a docking station that accepts F or EOS mount lenses for instance (there are already artists’ concepts and impressions on the net). The phone, which nowadays is really more like a small computer, becomes the brain of the camera, while the lens and an imaging sensor ‘sees’ the light. The phone is responsible for electronic shutter, exposure metering, picture style and so forth. Because of the open platform nature of the iPhone, it wouldn’t be long before apps existed that allow everything from advanced video capture through to interval timer shooting, creative exposure control and whatever else some programmer can imagine. As it is my wife’s Blackberry with its 5mp image shoots images that are comparable to those shot with an older generation Canon EOS 350D (okay, limited depth of field obviously suffers, but blown up to A5, even A4, the BB holds its own, certainly enough so that the average consumer would prefer to carry the phone rather than the camera).

In this vein Polaroid’s announcement of the SC1630 (why on earth do they insist on a nomenclature that no one will remember!?!?), the world’s first Android HD Smart Camera is a harbinger of things to come. It doesn’t look good, certainly not the design gestalt of Apple, but it introduces a smart phone’s operating system to a camera. Sadly for Polaroid they may be the first, but they will not be the most significant player. If Apple decides to enter the fray, the traditional camera manufacturers will have to scramble fast because it will be the death knell for the compact camera. This is why Nikon did well with their V1 camera. It offers more than the combination of camera and phone can in terms of imaging ability, at least for the time being.

It seems we are about to enter the period of photography 2.0. It’s interesting that despite the imminent move to a connected photography, designs that garner the most attention are the ones that hark back to the days of film and of all-mechanical cameras (as Thom Hogen puts it, there was nothing wrong with the camera design in the first place). If you own a camera of the last two generations and you are wanting to do stills rather than film, then don’t get worried about another mortgage to afford the latest D4 or 1Dx. You don’t need it. If you’re a videographer though I’d sit up and start counting pennies. 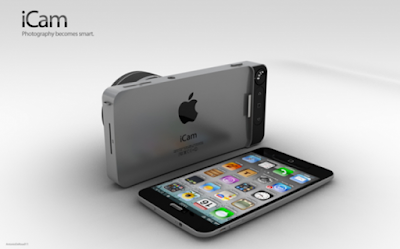 A last announcement that makes some small ripples if not gentle waves is the Canon G1x (‘x’ is the current black), a ‘near APS sized sensor’ (in reality closer to 4/3rds) in the now familiar Canon G-line body. With the cresting trend towards mirrorless this is a poor attempt at separating compacts from the cell-phone camera tsunami. There is little point in buying this camera when there are better mirrorless options available. If you want a compact camera, buy an iPhone 4s or a Blackberry Torch as they are better at more things than a simple compact and you’ll have your camera on you at all times (and be able to listen to Nickelback’s ‘The Photograph’ at the same time :-)).

Posted by Emil von Maltitz at 7:52 AM