Why I (begrudgingly) love digital 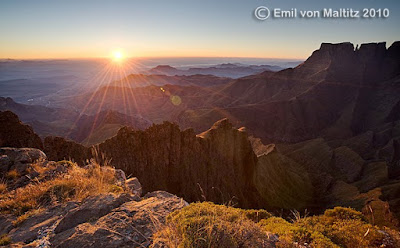 I'm one of the first people to stand up and say I love film. I enjoy shooting with it. I love the colours that are obtainable through properly exposed Velvia 50. Blown highlights and lost shadows actually become part of the image itself, in contrast to the digital necessity to keep everything within the histograms' brackets. If you blow up an image using traditional techniques (we're talking getting into a darkroom and getting chemicals on your fingers) the level of quality is incredible. A good cibachrome print from a 35mm trannie can seemingly be enlarged far beyond what the digital numbers tell us (admittedly this is not the same when we digitize the same trannie as grain rears it's gritty head). And when that trannie happens to be 6x7 or even 4x5"...whoa, wow!

But! aside from the obvious comments on cost, the feedback loop in learning, the amazing quality of digital as high ISO, oh and cost again. What film photographers aside from those working on major publications, could bang off 20 rolls of film on a single bird - hoping for one good shot? I remember a piece from the National Geographic double issue on Ancient Greece where the photographer celebrated his 1000th roll of film. Nowadays the number of exposed frames is more than likely doubled if not trebled (although as an ironic aside...the hit rate per shot has on average probably gone done).

No, the reason I begrudgingly love digital is that it makes it possible to do what would have been impossible, or at the very least extremely difficult, on film. Stitching and blending of exposures in particular has allowed a whole new range of images to be achieved. Here are three examples taken on the same workshop while demonstrating techniques to my students. The first image is actually in the previous blogpost and is a stitched panoramic of three shots of the photographers getting ready for the sunrise from the Witches below Sentinel Peak. Yes, these stitched panoramics are possible on film, but tricky to get right at the digitizing stage (I've done it successfully, but find the digital capture considerably easier and more likely to get right).

Then there's HDR. Quite a fad at the moment, but certainly a worthwhile technique to add to the photographers arsenal. Again, possible on film, but oh so much easier with a digital capture device. 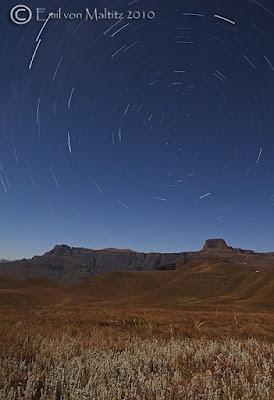 Finally - long exposures. The jury is supposedly out on this one, but I'm becoming increasingly more attached to the digital capture method. With film it's necessary to know something of the law reciprocity failure when calculating exposures. This is also means that some subjects are simply not possible if you want to include a star-trail in the background. Lighting foregrounds with film can also be touch and go. through the use of stacked and blended images it is possible to not only get around some of the issue regarding long exposures and digital sensors, but it enables multiple attempts at foreground painting in the same long exposure shot and a far wider range of tonal values can be accommodated for (e.g. imagine shooting a lodge in the foreground with a circular star trail above it. with film, the lodge's lights would burn out long before the stars make a decent trail in the sky. Digital, not a problem - simply calculate the longest exposure possible for the lights with an aperture that will still capture the stars above and shoot multiple examples of this until you have enough frames that when blended together show the star trail).

I miss many things about film. Although I have the opportunity to pull out my old film 35mm (various Nikons) and even my large format Linfhof, they tend to get taken out very infrequently and never for actual 'work'. Yup, I'm a traitor to the filmic cause.
Posted by Emil von Maltitz at 11:01 AM 0 comments 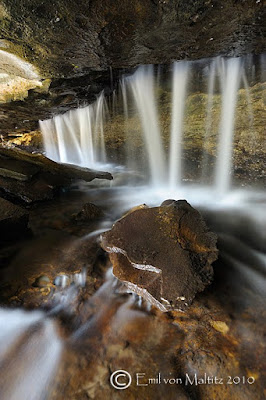 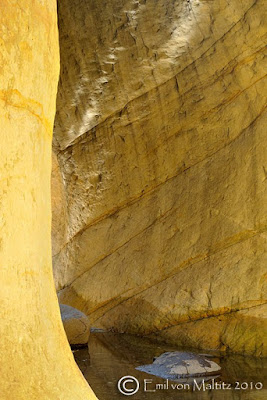 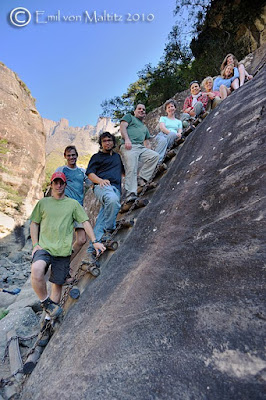 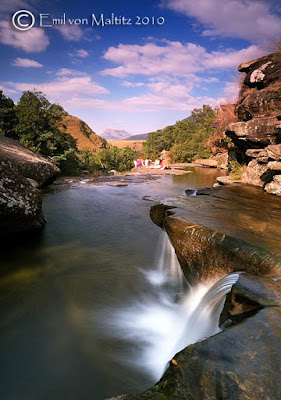 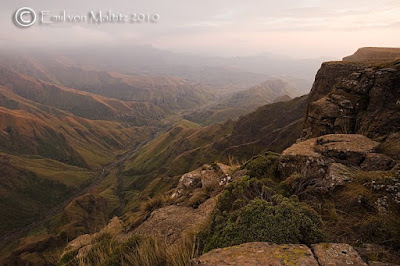 Insanity. That's the only valid excuse anyone should have for tackling the Mweni Marathon. every year outpatients of the institution of the 'mad for running' fraternity descend, or rather ascend, to the Mweni cultural centre in the Northern Drakensberg to take part in the Mweni Marathon, a 37-40km (depending on which paths you take) cross country marathon that takes runners up and over the Drakensberg escarpment, taking in a vertical kilometre of climbing (and another one of descent). The run takes competitors up the rocky pass of Mweni, across a small saddle in the mountain and down the aptly named Rockeries Pass. The terrain is grueling to say the least. To take the word of one experienced runner, "it's harder to run than Comrades", although he added the promising caveat, "but you recover quicker".

Ha! Usually, I'm one of those mad enough to compete. At any rate I have subjected myself to the insanity that is the race for the past two years. Still nursing an injury from the 2009 event I volunteered to marshall and, as a favour, take pictures of the runners as they crested Mweni Pass. 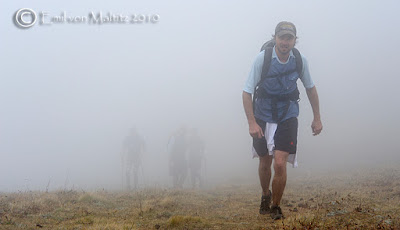 In order to be at the marshalling point on time I had to leave the day before the event and climb Rockeries Pass, arriving at the top of Mweni at 7 in the evening. A lovely balmy, for winter, night belied the wet and miserable day that was to follow. Most of the runners saw little but the 10 metres directly in front of them for large portions of the day, as clouds descended to create all but a complete white-out. Miracles occurred and nothing serious happened by the end of the day (by serious, I mean someone walking off a mountain - in contrast to out - or requiring a helicopter to get them out...the odd stitch and sweepers, myself included, emerging from the mountains close to midnight is considered normal!).

And to end...here I am saying never, ever, again....until next year that is. It's hard to kick a habit when you are insane. 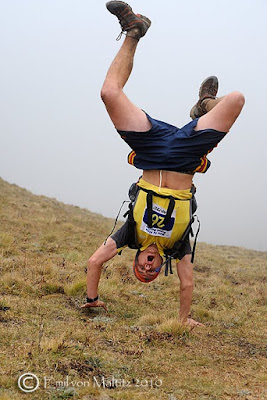 You’ll have to excuse the ‘in’ joke in the blog title for the month, but the photographers present at this month’s St Lucia workshop will no doubt appreciate it ;) Highlights for the group included macro opportunities in Isimangaliso Wetland Park, playing with torchlight during the painting with light session and of course...making fun of Ralph. 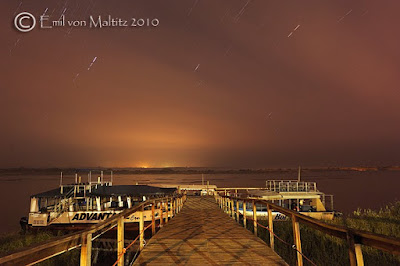 ‘Ralph’ joined the workshop not as a photographer, but as an assistant (long suffering apparently) to his wife Julie who was keen to learn some more about digital photography. He proceeded to keep the group entertained with his images, usually of them, jokes and one-liners. Of course, the workshop was about the images though and the mix of classroom and practical shooting sessions kept everyone constantly busy (including Ralph).

Of interest to me this month was the proximaty in ages that the workshop group had. I shall bear no secrets here, but it made for an extremely jolly group that were const

antly ribbing each other and me. It certainly added to the atmosphere and ensured that we all enjoyed the experience. It’s amazing what a little - or a lot as the case may be – laughter can do. 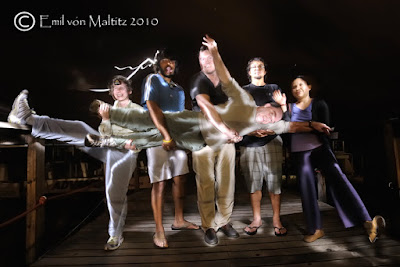