A Love Letter to a Lens - My Voigtlander 40mm f2 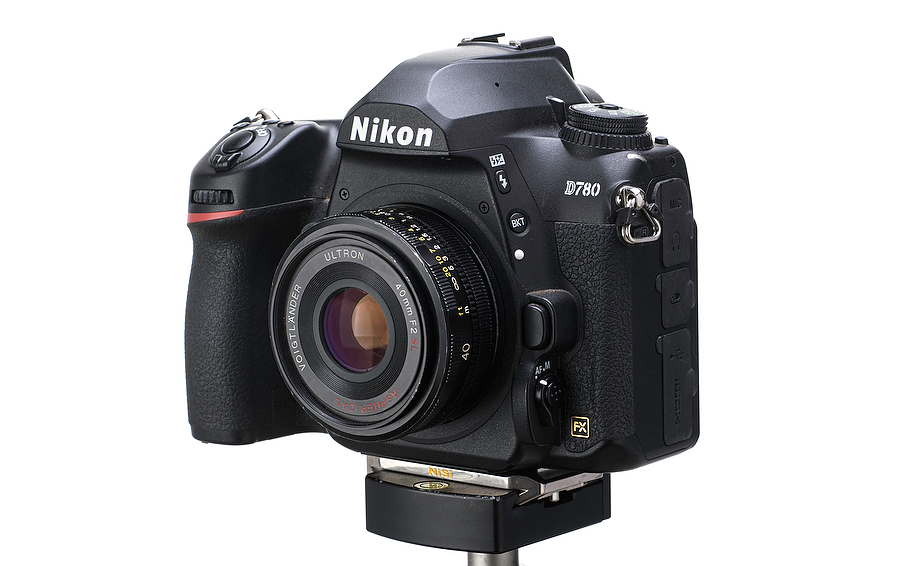 That photographic equipment is getting increasingly better and better is something of a truism. Considering lenses and cameras from twenty years ago, it’s easy to to see the progress that has been made both in imaging as well as in optics. Client’s expect these changes too, and you can look back at commercial images shot in the 90’s and it’s very easy to see the limitations that our photographic techniques offered. That’s not to say the images weren’t good. They were excellent. Photographic heroes of mine all shot on film with varied cameras from half-frame Olympuses to the Sinar 4x5 cameras. However, film grain, blown exposure and lens defects all contribute to a perceived ageing of the image…apart of course from the clothing styles and haircuts. No, today the images that are created are clean, sharp, perfectly exposed, devoid of blemishes….and all the same.

I say this tongue firmly in cheek, but there seems to be two types of photographers at the moment; those who strive for perfection in their imagery, and those who want to throw technique away completely and attack everything photographically with a Lomo camera, or at least that style of photography. The former ranges the gamut from Photoshop wizards who create ‘perfect’ fantasies in the computer through to the in-the-field perfectionists who eschew digital manipulation, but will throw a mortgage load of funding into the perfect camera and the perfect lens, sitting on the perfect tripod in order to obtain the perfect pixel. The latter, call them hipsters if you like - they might not be offended, experiment with old-timey style cameras like the Lomo, trinkets like the Lensbaby, don’t care about getting the exposure spot on (hey, fix it in post, or love those blown highlights), and rarely use flash (you’ve heard the “Dude, I only use natural light” refrain).

Agnostic that I am I tend to sit somewhere in the middle. I strive for the photographic perfection, but am tempted by the fluid and distinctive style of the photographic hipsters. I think the creativity found in free-flow styles is extraordinary, but look down on the ignorance of technique. Talk about mixed up. Which is maybe why one of my favourite lenses is so imperfect, yet was originally made as a supposedly perfect lens.

By way of a very long pre-amble, this article is actually about a lens that I always seem to find space in my bag for. It’s not that the 40mm Voightlander lens that I so love is an important lens. It’s not. If I have to choose a lens for an assignment, it’s often the last one to go into the bag in a sort of ‘just in case’ way. But it does go into the bag, just about every time I step out of the house, even if I know that I’m unlikely to use it. The thing is, when I do use the lens, I invariably find something about the images that I make with it, different to the other images from the same shoot.

Other reviewers only really have a middling reaction to the Voightlander. It’s fairly sharp, but nowhere near Zeiss Otus levels of sharp. The corners are okay, but nothing like the new breed of mirrorless Z, RF and G Master lenses from Nikon, Canon and Sony. It’s an f2 lens in world where everyone is clamouring for bokehlicious f1.4 and wider. Despite not being an extremely fast lens, chromatic aberration is apparent at times. It’s even the in-between focal length; not actually a wide 35 and not actually a straight 50. It doesn’t have weather-sealing, and for its size it’s a hefty chunk of metal. Not exactly a gleaming endorsement to continually keep it in the gear bag is it?

Voigtlander have come out with various guises of the this 40mm Ultron F2 SL lens with the latest being given the designation SL IIs, and being rehoused in a lens body reminiscent of the old Nikkor Ai lenses (so think metal focusing ring with nickel barrel and ‘rabbit ears’ at the throat for the Ai metering prong on old Nikon bodies). Mine is a second iteration copy, the 40mm f2 Ultron SL II. This is an all black metal lens with solid metal focusing ring that hearkens back to the old Pentax/Takumar knurled metal grip. The focusing ring is pretty slim itself (about a centimetre front to back with the knurled portion being about half of that again). This makes focusing tricky if you are using large 100mm square filters. When shooting without filters though the ultra smooth focusing is a joy to work with. This is how manual focus lenses should work, and puts to shame just about any other lens I have used or owned apart from my Zeiss Milvus - in manual focus that is. Of course this is a manual focus only lens, so requires a modicum of skill to operate. Still, the lens has electronic contacts meaning that it can be used on cameras that use electronic stop down metering. It also means that the lens data is embedded in the camera's EXIF data, which is useful.

As mentioned above it’s fairly hefty for its size at 300g. It accepts 52mm filters and has a minimum focusing distance of 38cm. F-stops go from wide open at f2 in full stops to f22. Diffraction on my D850 is visible from f8 onwards (although to be honest it’s probably working at it’s best optically at f5.6, but I feel comfortable using it at f11 for landscape photography). It also comes with a cone shaped lens hood that does a fairly good job of controlling flare. I tend to forget it at home as I don’t have a lens cap for the hood (poor excuse but there it is) and tend towards using the 52mm thread for filters). However flare is pretty well controlled even without the hood.

So Why the Love?

Everything I have said so far makes the the lens sound plain Jane on paper. Yet, it has a character or personality that I absolutely love in the resultant images. I also love the fact that the lens is so small. Photographing people is a joy with this lens. Large aperture zooms like the 24-70mm lenses that everyone seems to love to much are big, bulky and intimidating when you are photographing strangers (or family for that matter). My preference leans heavily towards something that is small and inconspicuous. Mounted to my D780 (as in the cover image), it becomes a really small manageable documentary and street camera setup. Even when mounted to the larger D850 it has the effect of diminishing the size of the camera. To me that’s important.

The current vogue is for lenses that have paper thin depth of field so as to separate the subject from its background. I’m not a wedding or fashion photographer though, and I tend to want to include the context of surroundings. I find this little lens has absolutely gorgeous 3D like rendering of a scene shot wide or close to wide open. There’s enough attractively rendered out-of-focus area along with detail that I get the separation, just without the dreamy look that seems so popular and which I personally don’t want, not for the style of work that I’m shooting that is.

When I first received this lens (secondhand along with a Nikon D800e body) I actually didn’t really enjoy using it that much. Focusing the lens on the D800 was a chore! A significant amount of the images that I shot were just off focus. When I transitioned to the D850 the lens turned into something wonderful. Clearly the D850 has a better focusing screen than its predecessors, so focusing was suddenly easier and whole lot more accurate (that has continued with the D780 which is also a joy to use in manual focus). The amount of in focus keepers grew exponentially, and I’m not afraid to use this lens when shooting paid assignments, whereas with the D800 I tended to use it for personal projects fearing that I’d miss focus at a critical moment.

There is definitely something to the ‘look’ of the images. Enough so that I find myself looking for shots that will give me an excuse to use the lens. However, the convenience of the size cannot be overstressed. Walking through village streets in Madagascar, I have found that the tiny size is fantastic for street photography. On top of the look, the fact that the lens is properly pocketable, means that I can take a walk in a busy market with an old Ais 24mm f2.8 and the 40mm Voigtlander and swop between the two lenses as I go (and yes, two small manual focus primes is in my opinion a better idea than one large f2.8 zoom, I prefer a smaller and less conspicuous form factor for photographing people).

As a landscape photographer by self-definition, I also find that I use the lens a lot for that style of photography. In particular, at f8, it produces excellent stitched panoramas. This gives me the vista aspect of a wide angle lens, but the slight compression of a telephoto lens. So all in, this tiny little pancake lens is an extremely versatile piece of equipment.

The Voigtlander is certainly not a perfect lens. What it lacks in perfection, it makes up for in character though. Not crazy Lomo character, but optical character that allows images to pop in a way that a perfect lens doesn’t. By that I mean that the lens has no serious flaws that some photographer’s exclaim as ‘character’ traits. Like crazy flare, weird colour caste or distortion, or even light leaks. The lens is designed to be a superlative lens. It just isn’t in the same way as the new breed of lenses are. Instead, it has a beautiful three dimensional feel to the images when shot wide open. The out of focus portions are not super creamy, but are distinct enough to give separation while retaining contextual detail. In the centre of the frame it is properly sharp. The kind of sharp that has photographers comparing it the best lenses available at significantly higher prices.

There’s a lot to love in this little lens. So it’ll keep on getting added to the bag, even when I don’t need it - maybe I can manufacture a reason to use it.