One of the greatest pleasures of my job is the opportunity to return to the Drakensberg for just about every month of the year. This allows a fairly unique opportunity to see the varied moods of the mountain without actually having to physically live there. Of course this means that the weather will not always be wonderful. In fact it can sometimes be downright nasty. For a short three or four day workshop this can present something of a problem. 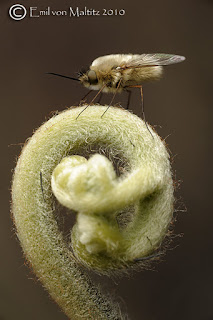 But problems are meant to be solved. When next in the Drakensberg and the rain sets in take a slow drive away from the campsites and the valleys and start to look for some of the things that we sometimes forget to look for. This is exactly what we did over the weekend for the September Drakensberg Photography Workshop. I was joined a fairly UK-centric group of 9 who were a little dismayed not to be able to see the Amphitheatre in its pyrotechnic glory at early morning. Instead constant drizzle and a very dense cloud obscured the mountain face and drenched cameras and photographers alike. Due to the Mont au Sources marathon (a strange phenomenon where usually sane individuals don running shoes and run up and down a mountain in a day...in the rain!) the only accommodation at the bottom of the mountain had to be a tent. It seems a little more than coincidence that every time we end up camping for the workshop it rains. 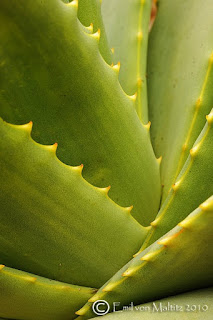 Give it a chance though, and a drive turns into a series of very short stops and starts as you make your way from one photographic opportunity to the next. In fact, at one point it was hard to get more than a 100 yards before someone would yell ‘Stop!’. So it was with filled memory cards that we finally rolled into witsieshoek.
A gusty morning that had me thinking of repeats of last months ditched attempt to summit turned into a beautiful clear and hot day at the top of the Amphitheatre. Sadly the Tugela Falls wasn’t exactly ‘falling’. In fact the river wasn’t even flowing – the driest I’ve seen it yet. Time for the rains I hope.
It’s been a frenetic few weeks, hence the dearth of blog updates. Now for a glorious 4 or more weeks to consolidate and maybe even take a holiday. Fancy that. Thanks to Emily (US), Catherine (UK/Venezuela), Andrew (UK/France), Shauneen (Ireland/UK), Sam (UK), Tobie (Switzerland) and Bob (UK) as well as Sam (US/SA), Libby (UK) and Lucy (UK) for a wonderful wet and windy weekend in the Berg. 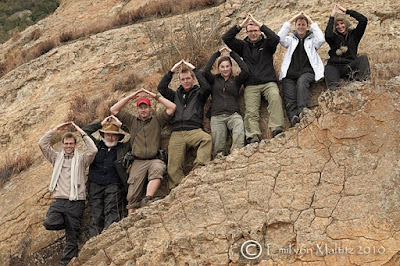 Making the Most of Warehouses 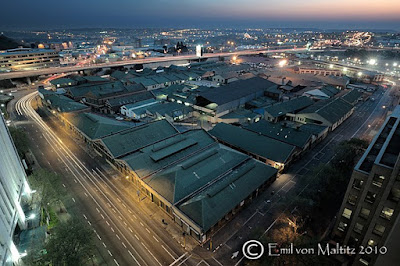 For anyone who follows this blog it’s probably more than apparent that I consider myself something of a landscape and nature photographer...or would like to any rate. Of course as with just about every other photographer out there, there’s often a lot more that we’ll point our lenses at. So it was last week when I found myself shooting a commission in Johannesburg...surrounded by industrial warehouses. 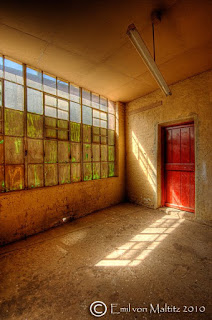 Warehouses aren’t exactly the subject matter that immediately grabs the attention of amateur photographers. But in reality they can be a treasure trove of angles and interesting patterns of light. The job in question is a for a large South African Bank that commissioned me to put together a coffee table book on an old industrial site that they are wanting to redevelop into a commercial and business district. Because of the age of the site South African law necessitates that the old buildings have to be commemorated in some way. Enter the photographer – or at least in this situation the photographer as it is sometimes in other ways that the buildings are commemorated.
60 odd warehouses can start to get monotonous, but the trick is to look for the details and, very importantly, the light. Large glass windows have a habit of throwing wonderful slanted streaks of light onto the dusty concrete floors. Old timber beams create a patchwork of lines in the deeper shadows. So all in all photographing warehouses can actually be quite rewarding. 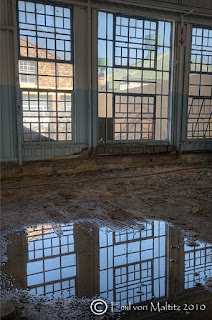 Welcome to the wonderful world of HDR (High Dynamic Range) imagery. Without it my week of warehouse wonderings would have been very difficult. I’m not a huge fan of automated programs like Photomatix, but, to give it its due, when you are putting together extended tonal range images of complex subjects like the trusses of a roof, the programme comes into its own. What would take literally hours of painstaking layering, selecting and masking in Photoshop, takes a couple of minutes in Photomatix. Ok, I admit it, I’m a convert (to be fair to my initial feelings toward the program I tried it on some landscapes that I created the weekend after and they did not work! My usual layering and masking approaches with a range of selections from luminosity through to broad sweeps were far more effective). 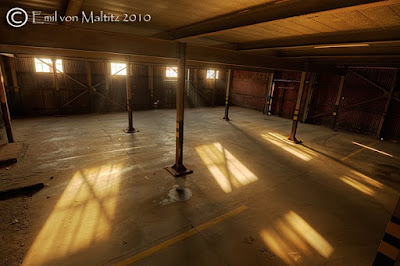 Getting the right light is imperative to making good images of any kind of subject. This means getting up before dawn to be in place for the rising sun as well as the twilight just prior. Staying out late is also a good idea. Oddly enough, photographing the interiors of these warehouses was actually easier during the times of day when most photographers call it quits and head for their 'base camps', i.e. mid day. 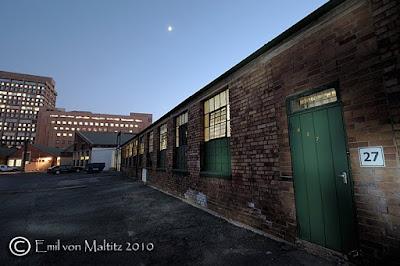 The project is still in it's early stages as I have a roughly 4000 RAW files (admittedly a lot of them are HDRs) to wade through to create the final book. At the end of this I'll be posting a web-page of 'current projects' that will have some of the better images. Phew, but it's good to be back in Durbs after the traffic of Joburg!
Posted by Emil von Maltitz at 4:14 PM 2 comments