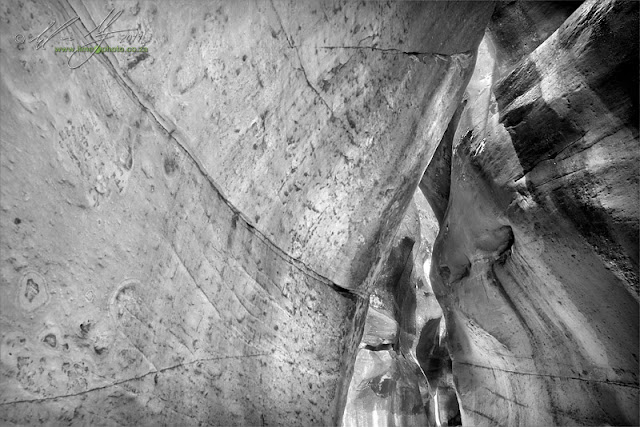 An interesting aspect of fine art photography, or at least the acceptance of photography as fine art by the general public (in South Africa at the very least but I've heard this from photographers in the UK and Australia well) is that it must be in black and white rather than colour. Scott Kelby rather cynically comments that to be accepted as a great photographer you must produce some black and white images. Although I think this is rubbish, I also think that Kelby is absolutely right. The acceptance of colour photography as a fine art medium is still to occur in much of the photography buying world. David Ward says much the same thing in his book, 'The Inner Landscape' when he muses that serious colour landscape photography is still to be explored - an interesting comment considering the exceptional work by the likes of Charlie Waite and Joe Cornish who are also personal friends of Ward's (or so we are led to assume), not to mention Ward's own work. 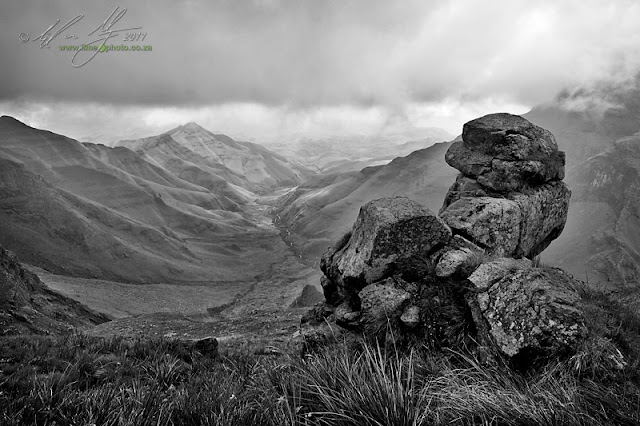 Ground breaking work was done for the United States by Alfred Stieglitz and the rest of the 'Photo Secessionists' and later 'Group F64' in elevating photography to the ranks of Fine Art. If one looks at the number of Fine Art photographers around the world, the predominant number of them that make their entire living from prints and fine art media are situated in North America. This may be an unqualified statement, but it thanks to early masters in the States that photographs have been recognised as objets d'arts. Here in South Africa, and I would argue much of the rest of the Western world, photographs are seen -by the public- as something that can be created by anyone, that skill and artistry are not necessary requirements. "That's a great photograph, you must have a fantastic camera", is a common enough double-edged 'compliment'.

Still, it is in black and white photographs people seem to see 'real' art. Which is a shame, as the world is beautiful in colour as well. In South Africa at least I have been to exhibitions by significant photographers where it is only the black and white images that garner the attention of the public. David Goldblat is a good example. He worked in both colour and black and white, but his exhibitions and books seem to hold mostly his black and white images. Obie Oberholzer is one of the few fine art photographers in South Africa who seems to be recognised as a 'colour' photographer, and it mainly has to do with the way that his colours are so strikingly vivid. He works with colour as a black and white master would work with tone. Yet, the last exhibition of his that I saw was shortly before leaving Grahamstown (he was also off to new pastures) and his beautiful prints were going for...well a song compared to even mediocre photographers in the States (just take a look at the prices of prints on the plethora of photographer's websites to get an idea). 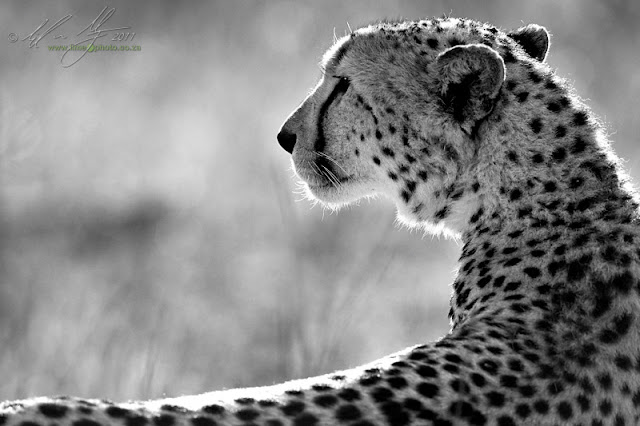 Not that I want to decry black and white photography. Heinrich van den Berg's stunning images in his 'Shades of Nature' are oftentimes breathtaking. the rich detail and tones become all the more obvious for their presentation in monochrome. Standing in front of an original Ansel Adams is almost indescribable as you look at the richness in texture and tone that he was capable of married to compositions that weld your eyes to the frame.

But colour should have a place too. I love black and white, but struggle to see in it. These few images are examples where I have consciously tried to think in black and white. I'm not convinced I was successful. the irony is that given the chance I would bet that some commentators would say these are better than the colour work that I strive towards. Juries out I guess.
Posted by Emil von Maltitz at 3:42 PM