Review sites abound. I'm sure that a couple of google taps away and you can find an exhaustive review of the Phottix Stratos radio triggers. Not only that, but there are likely some detailed reviews that will point out the merits (or lack thereof) of these triggers vis-a-vis Pocket Wizards and the various other triggers on the market (I even read some of them ;-) ). Some techie out there has probably even gone so far as to measure the exact frequency that these triggers use. That doesn't matter a jot to me I'm afraid. What I cared about was whether these small and relatively cheap triggers would fit into my workflow without causing too many headaches. 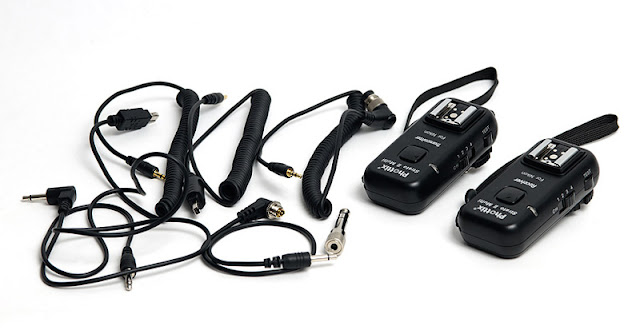 The short answer is that I cannot believe I ever managed to work without them. They really are fantastic. So now for the long answer. A radio trigger is essentially a device that triggers your flashes wirelessly using radio waves. They've been around for a while with most of the lighting manufacturers now producing their own variants, such as Elichrom's 'Skyport' triggers. Currently the de facto king of the hill when it comes to flash triggering via radio receivers are the trusted, hardy, and extremely expensive Pocket Wizards (or PWs for short). A plethora of cheap Chinese manufactured variants have flooded the market in the costly wake of the American PW. Some are nasty, others are reasonable and a few are really good.