Thoughts on the Nikon Z50 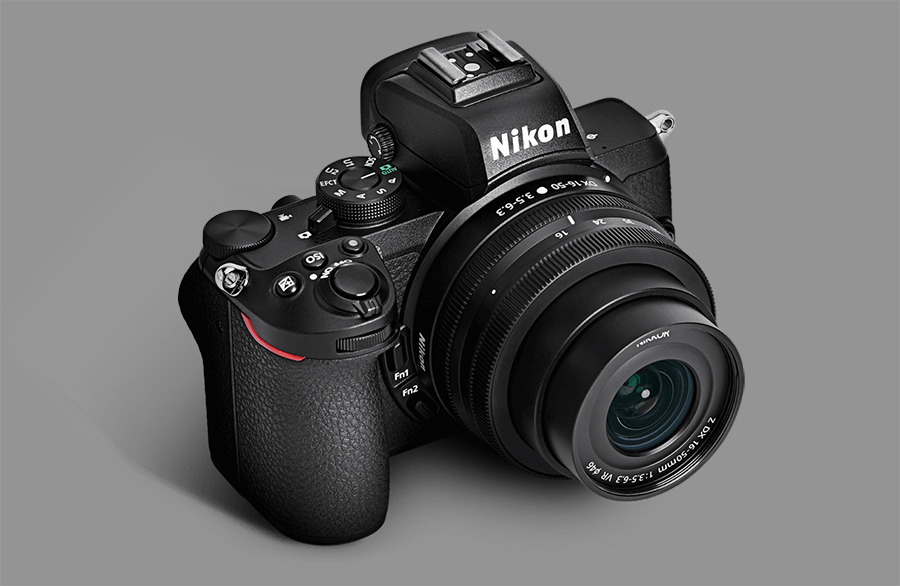 Last week while I was battling my way up a pass in the Drakensberg Nikon dropped the Z50 onto the world. As usual the commentary is fairly hyperbolic and boiling in indignant negativity towards the announcement. Which is weird as the camera looks fairly compelling to me.

So what is it exactly? The Z50 is a mirrorless APS-C camera from Nikon with a 20.7mp CMOS sensor that is similar to the one used in the D7500, though tweaked for mirrorless focusing (in reality a 20.9mp sensor which uses the outside sensels for various tasks other than actual imaging). A number of commentators have already said that the Z50 is there to ‘replace’ the D5600, but it doesn’t and isn’t the same thing at all. Despite having the smaller APS-C sensor, the lens mount is the same Z-mount as the Nikon Z6/7 full frame cameras. In other words, the mount is massively oversized for the sensor size. This isn’t necessarily a problem, but will mean that lenses are going to be physically larger than is necessary. The good news though is that all the existing Z-mount lenses will work perfectly on the Z50, as will all other Nikkor lenses that are supported by the FTZ adapter. This includes existing DX lenses.

The standout items for me personally are the small form factor and light weight. The Z6 and Z7 although smaller than their DSLR brethren are not necessarily much lighter, and when coupled to Z-mount lenses end up being about the same weight and size. The Z50 is already significantly smaller than its full frame counterparts, and at 450g is 225g lighter than the Z6. The real difference is ultimately going to be with the lenses. Full frame lenses simply require more glass than lenses designed for the smaller APS-C format. Still, if pitted against the likes of the Sony A6400, or Fujifilm XT-30, the Z50 is quite a bit heavier.

The weight is no doubt coming from the magnesium chassis of the camera. Unlike the other ‘consumer’ APS-C mirrorless cameras, the Z50 is weatherproofed, or at least weather sealed beyond what the competition have. To keep size down, the camera is also lacking a top LCD, relegating all visual displays to the rear LCD screen. In fact the top plate doesn’t look that dissimilar to a Sony A7iii. Personally I find the Nikon cleaner and a little easier to understand. What’s more, unlike the D5600, the Z50 has twin controls. This means there is a separate dial for aperture (finger dial at the front of the camera) and shutter speed/exposure compensation (thumb dial at the rear of the camera).

In their marketing material, Nikon claim that the camera has been designed for people that are not used to cameras. In a nutshell, the Instagram generation that are more at home with a cellphone than camera with interchangeable lenses. To this end there are a host of filters that can be added to the images in camera. The wifi and bluetooth connection is also supposed to be more robust so that Snapbridge works more effectively (anyone who has worked with snapbridge knows how abysmally unreliable it is). 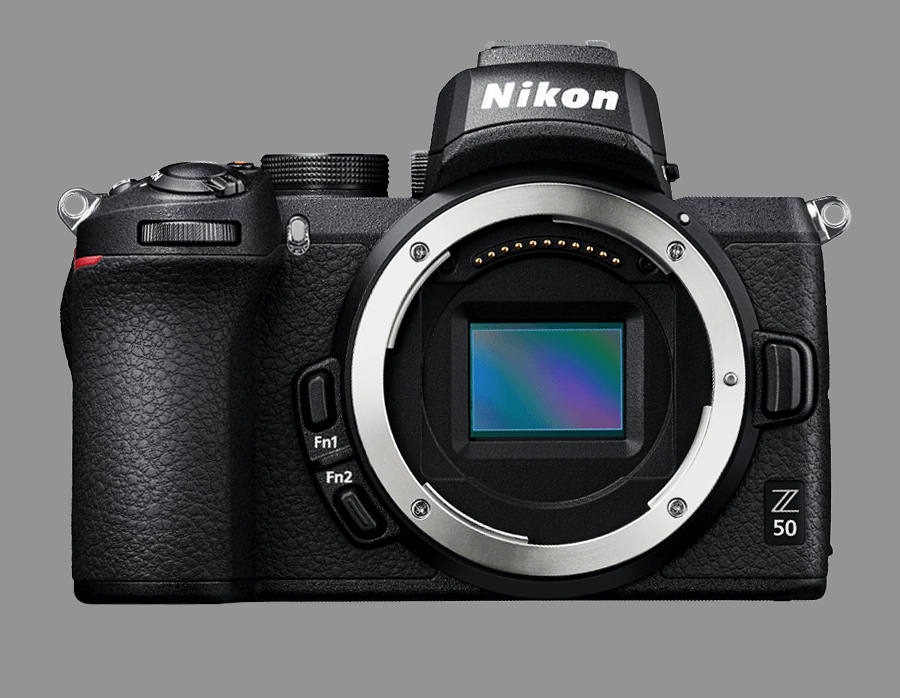 The achilles heel of any newly introduced camera is the dearth of lenses that accompany the announcement. In this case it isn’t all bad news though. Being a Z-mount camera it means that there are already several excellent lenses already available, albeit with a visual 1,5x crop (a 50mm effectively becomes the equivalent of a 75mm lenses on a full frame camera). This obviously means that the Z50 is lacking wide angle lenses to start with.

Announced alongside the Z50 were it’s companion lenses, the 16-50mm f3.5-6.3 and 50-250mm f4.5-6.3 zoom lenses. These two new lenses have collapsible designs so that they can be stored in an even more compact package. The relatively small maximum apertures also contribute to the small form factor. So, if one considers the intended target market, probably a pretty good design choice. However enthusiasts are moaning about the small apertures. This is understandable as the camera, although marketed to non-camera users, is actually very compelling to enthusiasts - people who know their cameras and how to use them.

At any rate, as mentioned above, the Z50 can use the FTZ adapter and pretty much adapt any FX or DX lens made so as to work on the camera. In reality photographers who buy the Z50 have a plethora of lenses to choose from. Of course the is with the small inconvenience of having to attach the adapter. It won’t take long for the third party lens manufacturers to start producing lenses for the Z50 though. The Sony E-mount is used for both full frame and APS-C, and there are a number of lenses that are already being adapted from Sony E-mount to Nikon Z-mount by the third party manufacturers. If Nikon doesn’t build the primes that photographers want, you can all but guarantee that Samyang, Sigma, Tamron and others will. We can’t really judge the Z50 until we actually know what kind of future lens support there will be. Despite Nikon’s poor support of DX lenses in the past, I am tentatively positive about future lenses.

Small, light, relatively inexpensive (in comparison), direct controls and weather-sealed means that the Z50 is actually a brilliant enthusiast camera - on paper at the very least. Yes, it’s missing a few things like a headphone jack for video. However, it shoots at 11 frames per second with autofocus and autoexposure, does 4K video (at 30fps) and has a nice large viewfinder (2.36 million dots). This might just be the small light Nikon to stop photographers leaking over to Fujifilm and Sony. For a start, the interface and menus are pure Nikon, meaning that if you have already become accustomed to Nikon, there will be almost no learning curve in getting used to the Z50. A very different scenario presents itself if you want to go from Nikon to Fujifilm (or Sony with extraordinarily long and complex menu system).

I’m pretty sure that this is just the opening volley for Nikon’s APS-C offerings. I strongly suspect that Nikon will create an entry level full frame camera in the same chassis at some point in time (they are being idiotic if they don’t), as well as an even smaller and lighter APS-C variant of the Z50 (akin to the D3xxx series of DX APS-C DSLRs). For the most part though, if you wanted wanted small, light and competent and were considering jumping from Nikon to another manufacturer, now you at least have something tangible to consider within the Nikon realm.
Posted by Emil von Maltitz at 3:40 PM