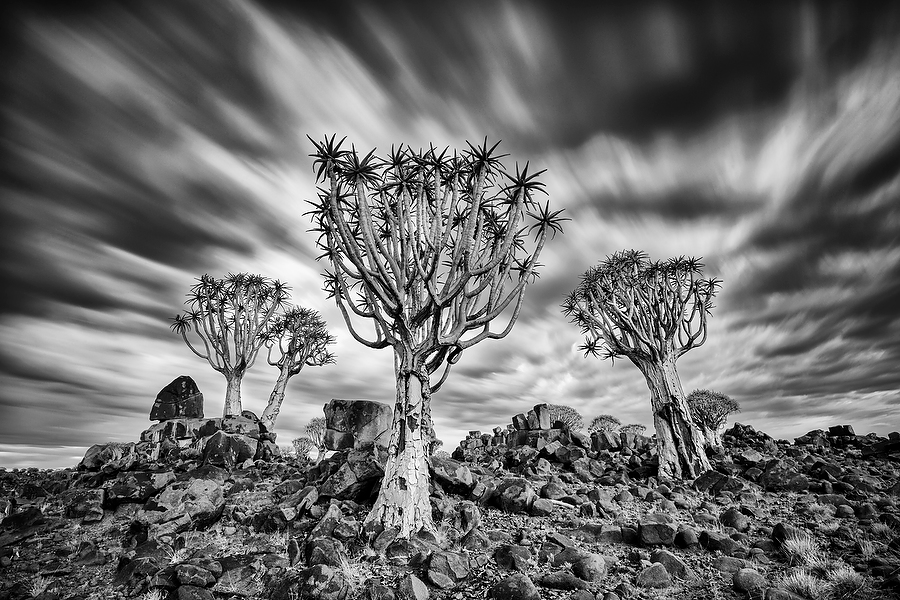 
The extraordinary surge in interest in learning photography has simply continued to rise since the advent of digital photography.  Although there are numerous forums and writers talking about the death of ‘photography as a skill’ due to the proliferation of competent cellphone cameras, my experience - and that of many other photographic teachers - has been the exact opposite. Photographic workshops and tours have exploded, to the point that if you travel to almost any given location you are likely to see at least one photographic workshop group. In some iconic photographic locations you are likely to find several. So there seems to be this mismatch between the what people say is happening to photography, and what people are actually doing.

At any rate, the enormous surge in the interest photography and creating images has meant that the world now has a truly gargantuan database of beautiful images of incredible locations. Think Namibia’s Dead Vlei, Iceland’s Black Beaches, Death Valley’s cracked pans, Yosemite’s famous ‘Tunnel View’, Antelope Canyon, Arches National Park, the Storr in Scotland and the Torre del Paine of Patagonia. The list could continue of course. The world’s army of Instagrammers have also added to the interest in photographing these places, a frontal advance to the vanguard of photographers that follow, all armed with a tripod, the best lenses and filters, and at least a smattering of Photoshop know-how.


So there is this massive interest in landscape photography, an extraordinarily talented - at least in the technical sense - global population of photographers with an artificially limited number of locations in which to photograph. A multitude of images, often of the same locations with the same viewpoint. This is why we are getting to the ‘meh’ reaction to amazing photographs.

The problem, as Michael Freeman writes in his ‘The Photographer’s Mind’, is that “by nature photography is simply mundane….there is no credit or surprise in simply getting a likeness of the thing”. The problem we are faced with as photographers is that all these amazing locations have now been photographed with an array of techniques by talented photographers so that there are more than enough ‘likenesses of the thing’ out there.

A way to get around this is to get back to photography as an art rather than a technical exercise. In some ways we have become so consumed by technology and imaging trends that we lose sight of the motivations of art itself. Simply depicting the thing is not the reason we create art. In contemporary fine art, the concept of beauty has essentially been diluted. In photographic fine art the images that are created are often far from what the general picture viewing public would consider beautiful (as a complete aside I find it fascinating that one of the most lauded fine art photographers and photographic thinkers, Stephen Shore, essentially photographed ‘the likeness of the thing’ without any creative artifice, but he purposely avoided photography of ‘the beautiful’ and concentrated rather on ‘the mundane’). Although the maxim ‘art for art’s sake’ is supposedly enough to define the difference between fine art and decorative art, there is little attention given by many photographers as to the actual reason they create the image in the first place (apart from of course, “it is beautiful”).

I personally think that the missing element, the reason why so many amazing images are viewed in such a ‘meh’ manner, is that they are missing some of the core reasons that made photography into art in the first place. These are the same reasons that photography is such a powerful mode of communication of ideas. These are the confluence of concept, subject and story. Advertisers know the power of photography and the way that it can be used to conflate subject and concept in the viewer’s reading of an image. They use suggestions, allusions, metaphor, metonymy and juxtaposition to tell a story to the viewer. So when the viewer sees an image of a cowboy riding a horse at speed they are reminded of westernized concepts of manliness and the great outdoors. This conflation of ideas was used to great effect by the cigarette manufacturer Marlboro for decades (which in turn conflated notions of masculinity to smoking the particular brand of cigarette). What does this mean for landscape photography though?

It is illuminating to look at some of the winning images in several photographic competitions over the last few years (see the ILPOTY, and British Landscape Photographer of the year as examples). Of particular interest is that several of the top images are almost place-less. They could have been shot in the local woods rather than halfway across the world. What makes them special is that they evoke an atmosphere, or mood. Ultimately they transcend their actual location to become a type of meta-location - an archetypal photograph of an idea rather than a specific place. Moreover, there is a sense of story, potentially even movement within the image.

Joe McNally, in his book “The Moment It Clicks”, writes about feeling bewildered while photographing a street festival in India. At first he struggled to create what he felt were meaningful images in the throng of people and colour. Certainly the images were interesting from the sense that they showed people in another country at a festival, but they didn’t necessarily convey the noise, smells, colour and intoxicating atmosphere that was exploding around him. He describes how that in order to find focus focus, he starting chanting in his head, “what’s the story, what’s the story, what’s the story…” As he continued to shoot, he started focusing in on the imagery that told a story of the hubbub, so that the viewer would ultimately be able to feel, or at the very least imagine, the same noise and excitement.

Landscape photographs that transcend the location do much the same as what McNally was trying to do. They tell a story. A viewer can look at the image and the location itself is not necessary the main subject of the story. This is admittedly difficult to do when presented with an amazing location. We almost can’t help ourselves but to plant the tripod legs in the same place that dozens if not hundreds of other photographers have already done. However, if we can sit back and look more carefully at a given location, maybe we can start to see beyond the iconic location and traditional subject and start to see what moves us to photograph it in the first place.
Posted by Emil von Maltitz at 1:36 PM