Step 2 - You’ve shot the images, now you need to blend them. Open them up in Photoshop. This is done really easily from Lightroom where you select the two images in question, right click and go to Edit In>Open as Layers in Photoshop. Alternatively open the two files separately into Photoshop. Copy the one image by selecting it (Cmd+A/Cntrl+A) copying it (Cmd+C/Cntrl+C), clicking on the second image and pasting it onto that (Cmd+V/Cntrl+V). 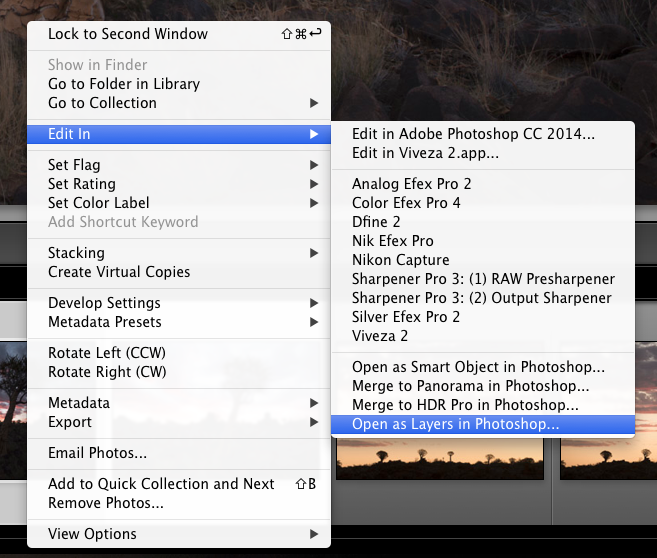 Step 3 - Align the images by selecting the two different layers in the Layers Palette (hold the Cmd/Cntrl button and click on the layers until they are both highlighted blue) and then going to Edit>Auto Align Layers and selecting the Auto option.

Step 4 - If there has been any movement of the camera between the frames you will have to crop out the extra pixels where there is no actual alignment. This is simply done by going to the crop tool (Shortcut ‘C’) and cropping the very edges of the picture.

Step 6 - Now switch off the eye next to the dark layer and select the whole image (Cmd+A/Cntrl+A) and copy it  (Cmd+C/Cntrl+C).

Step 7 - Now switch on the eye next to the dark (top) layer and create a mask by hitting the small square with a circle in it at the bottom of the Layers Palette. Your Layers Palette should now look like this: 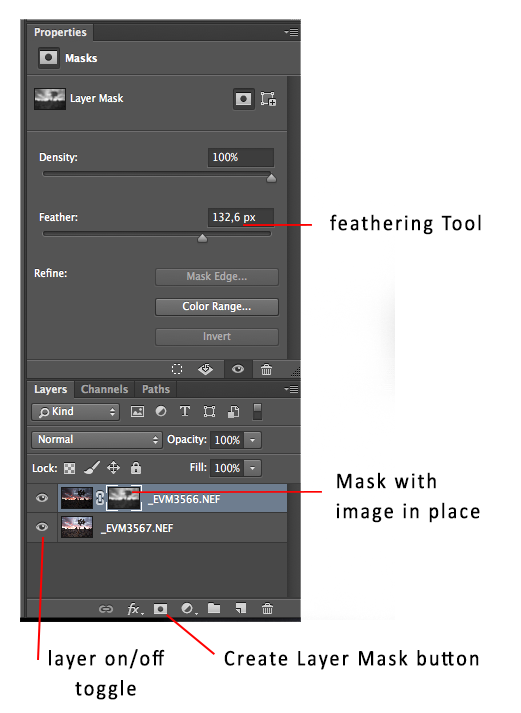 Step 9 - Click on the top image thumbnail in the layer stack to see the effect so far. It might look a little odd at first as the transitions between light and dark tones might be too severe (a common side-effect of HDR software as well). To smooth these transitions open up the Properties panel (Window>Properties) and with the mask selected in the Layers Palette move the Feather slider over until the image looks more natural.

Step 10 - I now consider this blended image my original file. You can continue to edit the image in Photoshop, or save and move over to Lightroom to finish the editing. 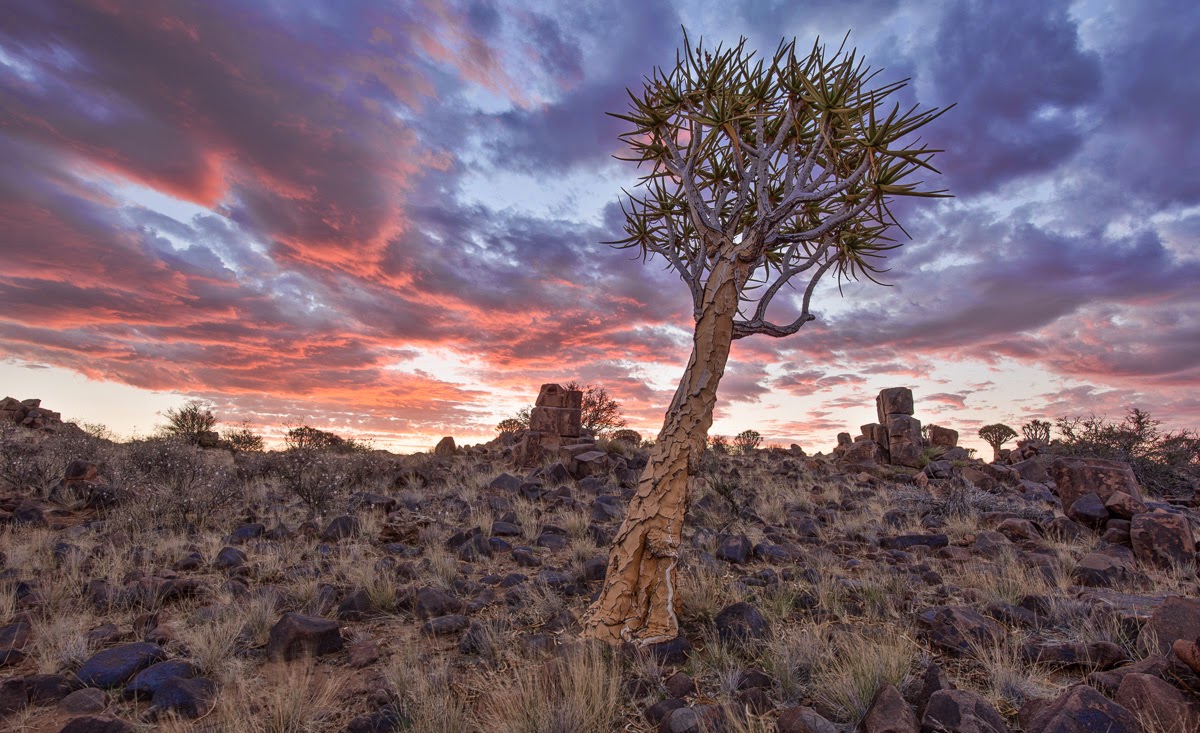