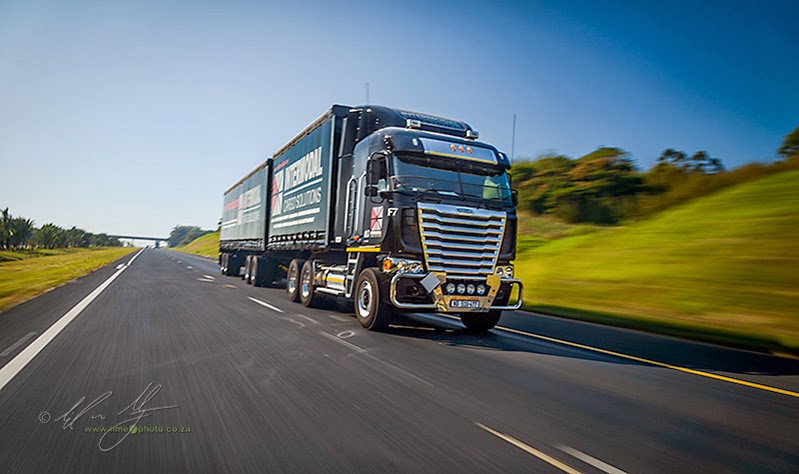 Objects and shapes that we see as lines can be man-made or natural. Often man-made objects are the easiest to use as a line in an image since they are so uniform. What is important is that lines have character. A line can be thin, thick, long, short, straight, curved, jagged , vertical, horizontal, diagonal and more. These characteristics play into our reading of the scene itself.

Most simply, the orientation of the lines can begin to create part of the atmosphere or mood in an image. Horizontal lines tend to imply stability, security, staidness, calmness, immovability, and weight. Vertical lines on the other hand imply power, uniformity, loftiness, grandeur, height, aloofness, and strength. Diagonal lines tend to create tension in an image. They are far more dramatic and have the ability to raise questions in the mind of the viewer as well as imply movement or speed. Curved lines tend to appear more natural, and as such are perceived as sensual, natural, and reflect calmness, tranquillity and even spirituality. Jagged lines are their antithesis, evincing pain, discord, clamour and jarring noise.

Add the orientation of a line to character, and atmosphere and mood positively blast out of the image. Imagine long, thin stems of bamboo filling the viewfinder. Their thinness and slight sway would probably create a sense of calmness, fragility and delicateness. A similar photograph of a stand of Redwoods would create a very different impression in the mind of the viewer. The trees’ massive girth and immense height would likely foster an impression of power, age, loftiness and strength. Then again, a redwood felled, lying horizontally on the ground would probably visually hint at stasis, death, immovability and the aftermath of a cataclysmic ending.

The word ‘aftermath’ is important above. The horizontal feature tends to be post-movement, post-event. A giant redwood leaning precariously at a diagonal  implies a tension. Is the giant tree in the process of falling over and the short shutter duration of the camera has frozen this fall? Or is the tree in a state of slow and gradual decline? In either case the diagonal line is creating a sense of tension and movement in the viewer’s mind.

The term ‘leading lines’ is one of the first so-called rules of composition that novice photographers read about. The concept is simple enough. A strong line in the image, be it obvious or implied, grabs the viewer and directs their gaze in a particular way. This can either create relationships between objects in the scene, or it can give the scene a sense of three-dimensionality (see last month’s article on ‘distance’ and the concept of linear perspective).

Composition guides tout merits of finding an object that leads the eye into the frame like a road, or a staircase. Henri Cartier-Bresson’s image of a cyclist is often used as an example of both leading line and the golden ratio. Ostensibly, in this image, he used visible lines to highlight the golden ratio itself (for a discussion on the golden ratio see December’s PW article on the ‘Rule of Thirds’).

The problem, as I have mentioned before, is that compositional doctrine tends to be rather formulaic. Lines are incredibly important in images, but the question needs to be asked, what is the line being used for? Lines that are obvious, but have no apparent reason, dilute the meaning of the image. Similarly, images with strong leading lines can potentially draw the attention away from the subject if they don’t lead directly toward that subject.

Possibly more powerful than actual lines in an image are implied or suggested lines. These are lines that are not overt to the viewer, but rather are the direction that are eyes are forced to take through an image because of the relationship of elements. Our visual empathy with living creatures is an excellent case in point. When looking at an image of a person or animal, our eyes tend to follow the direction that the subjects eyes are looking. This is an example of implied line (the lead image to January’s article on space is a good example).

Implied or suggestive lines tend to work best when there are no other distractions. Taking the example of the two faces, if the background is noisy or discordant, the line disappears. A clean out-of-focus background on the other hand ensures no distraction and the implied line becomes obvious.

Line, whether physically perceived or imagined continues the important task of creating depth in an image. More than this though, is that it solidifies relationships between elements. If we want to create an image that is about A and B, then there needs to be some way to connect these two subjects. Line is a first order means of connecting subjects so that they are no longer disparate. It can be as simple as positioning the camera so that a field of flowers points toward the distant mountains, or as complex as using the golden ratio to direct the eye subliminally. It is extremely important for the creative photographer to learn to recognise line, and use it meaningfully.
Posted by Emil von Maltitz at 6:00 AM