Zen Zulu Wildlife Workshop - A note on keeping it steady 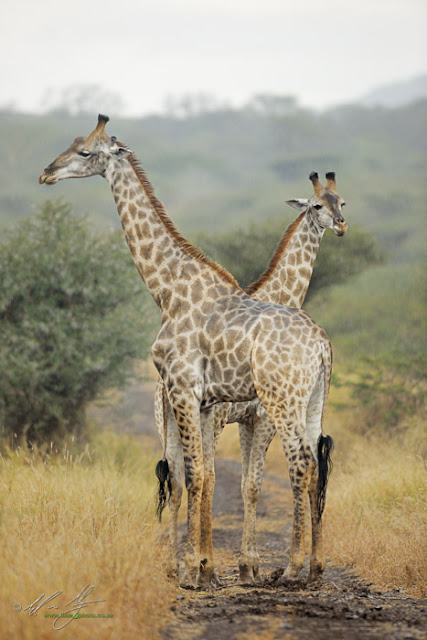 This last weekend I had my inaugural workshop at Zen Zulu Lodge in the Zululand Rhino Reserve Complex. This is a truly secluded little lodge that only caters to 6 guests. It is the epitome of 'getting away from it all'. It's still work - running a photography workshop - but I can think of far worse ways to spend the weekend than residing in the lap of luxury while spending time with avid photographers. Once again I need to pinch myself when I realise that I do this for a job.

Luxury besides, photographing in the rain can be troublesome at times and yet again we were unable to do any star-trail photography as the clouds seemed to have descended as we all arrived, and parted as we left (absolutely typical). Still, despite the rain we had some wonderful sightings of Giraffe and Rhino, as well as two of the reserves lionesses. Photographing in the rain also added something different to the usual sunny portraits of animals. It also meant for some spectacular sunrises and sunsets.


Which brings me to my teaching point for the week. Photographers who try their hand at wildlife photography invariably find that their images suffer from camera-shake. The combination of long lenses and low light (drives are often in the early morning or the late afternoon) conspire to ensure that images seem to always be soft.

The first solution is perhaps the most obvious. Don't handhold your lens. Big heavy lenses are designed to be used on a tripod or a monopod. That is why there is a tripod collar on the lens. Use it. Tripods are obviously the most stable, but game viewers don't usually have enough space to set a tripod up. A monopod fits the bill perfectly if you ask me. They are still easy enough to swing around and take little space in the confines of the Land Rover. A bean-bag is another great idea, but is often difficult in a standard open top game viewer. Where do you put the thing for a start. In your own vehicle you have a window to rest the bean bag on, but in a game viewer you are usually sitting above the sidewall of the vehicle in an elevated position, making use of a bean bag extremely difficult. 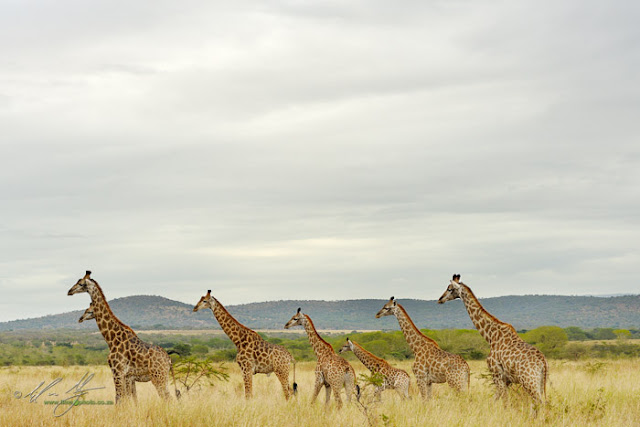 Using the right shutter speed will also alleviate camera shake. A shutter speed that is the equivalent to the focal length in use is a safe-ish hand-holdable shutter speed on a full frame (i.e. 35mm) camera. On a crop sensor camera the shutter speed needs to be 1.5 times faster to compensate for the effective increase in focal length that the APS-C format provides (e.g. 500mm on Full Frame = 1/500th sec for hand-holding, 500mm on APS-C = 1/750th of a second for hand-holding). But, considering the fact that most people are using a slow lens with f5.6 or smaller as their maximum aperture and the light is often rather low, hand-holding is just not an option. Or at the very least it shouldn't be.

Raising the ISO is another option, but be aware that this will reduce your image quality. It doesn't matter that you have the newest fanciest low light beating high ISO camera on the market. A camera at base ISO is always going to outperform higher ISOs in terms of quality. The choice of ISO becomes a compromise in the decision criteria for the image. Shoot the lowest permissible ISO, not the highest possible ISO if image quality is a serious concern (if all you are ever going to do is slap the image on Flickr at 700 pixels then shoot as high as you like as you'll never have the image big enough to see the difference). 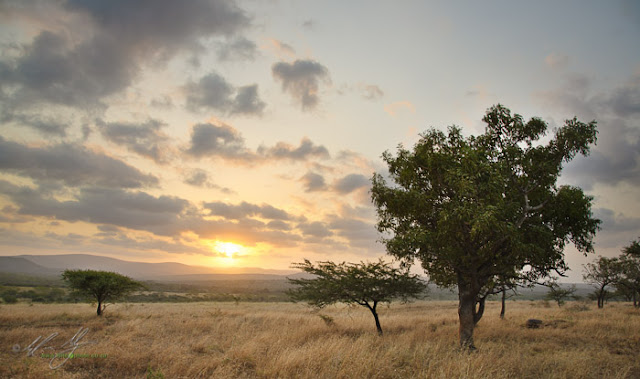 There are a range of other techniques available to ensure better stability on the camera, some of which I have written about before. watching your breathing, holding the lens right and making sure that you have three points of contact with the camera all help.

Just to show that I also get it wrong regularly. On one of the drives I didn't bring a tripod and we decided to stop for the sunset. The above image is a 3 shot tonal blend, handheld as numnuts didn't have a tripod to stand with. By shooting rapid frame advance, bracketing and doing so on an exhale with legs straddled and the camera tucked into my left shoulder 94 points of contact) I was able to get a passable amount of stability even with the slow shutter speeds. If I had actually stopped to think before heading I would have had a tripod and a cable release to work with. Shoulda, coulda, woulda. Ah well. But a wonderful weekend with a splendid bunch of students! Thanks again to Rick for inviting me to your truly special lodge, and to Anthony and Amanda for your generous hospitality once there. I hope to return soon!