The Catharsis of Photography 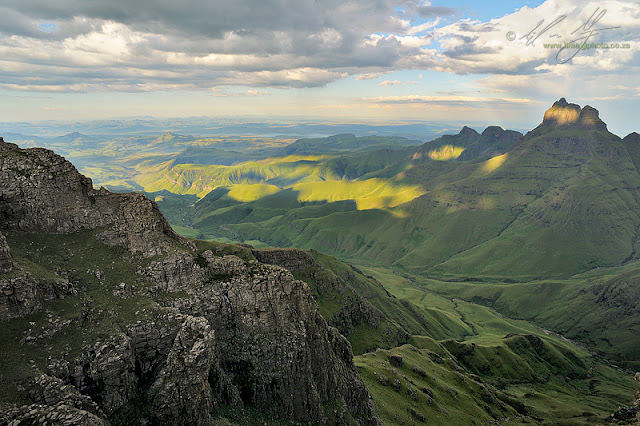 Certain types of photography offer the practitioner something more than the act of creating an aesthetic image. Reading Susan Sontag’s “On Photography”, it is interesting to note that she sees the act of photography as something possessive, sometimes distancing, the result aesthetic or instrumental. The view is particularly cynical at times where she paints a dystopia-like world where the camera is a controlling force on people. Apart from the alarming levels of surveillance that she considers and which have become very much a fact of life post 9/11, there is the mind numbing mundanity that the all pervasive camera-phone has created. There isn’t a single thing or object that is not photographed now. It tends to be done without thought apart from the simple purpose to record and disseminate. But the photography created by this snap-shot culture is all about the product or result of the camera, and very little critical thought goes into the action.

Obviously, as a photographer, the end result - a finished print- is pretty much the goal of any picture-taking exercise. There is something more to nature photography in particular than simply creating art though. Alfred Stieglitz, arguably one of the most influential photographers in having photography recognized as art, commented that the [final] image should reflect what the photographer saw and felt’. It’s the aesthetic emotional experience that ultimately influences the photographer and is the basis for creative inspiration. Interpreting this into an image is possibly the most difficult task that the photographer can undertake.


Landscape and nature photography lend themselves towards an idyllic view of he world. Much like the romanticist painters many, if not most, nature photographers wish to portray a world unsullied by humankind. When there is interaction it is either shown as mutually beneficial or as the opposite extreme to indicate how we should strive for the unsullied world once more. Since nature photographers tend towards the aesthetically beautiful more often than not, they ultimately are emotionally influenced by that beauty.

Early on in my photographic career while still at university, a friend of mine was fairly adept at reading my yo-yoing moods, so commonly found amongst the youth. He hit on the simple solution of dragging me away from town to the nearest location where we could set up tripods and shoot. The experience always left me with a profound sense of catharsis. The very act of going out into nature to create imagery was an act of meditation in itself. A colleague of mine (who prompted me to write this article) calls it the “Zen of photography”.

It’s not just that spending time in nature forces the photographer to become relaxed. I’ve seen plenty of students and novice photographers (even some ‘professionals’ get agitated and stressed during a shoot, particularly when things aren’t going their way. Once we get past the technical and start concentrating on the aesthetic, it is possible to be influenced by the subject matter itself.

As a nature photographer, becoming absorbed by the details, is almost commonplace. Walking around a waterfall, the photographer notices more than the average tourist would. They become absorbed in the scene. Heaven forbid that the master photographer would photograph said waterfall, “because it’s pretty”. Rather, they attempt to convey their emotions regarding the scene into a two-dimensional pictorial interpretation that is the photograph. Back to what Stieglitz preached on the photographer reflecting through the image what they see and feel in the real world.

There is a dark side to the double edged sword that is the subject influencing the photographer though. Consider the work of Don McCullin, Larry Burrows and the South African photographers Greg Marinovich and Kevin Carter (of Bang Bang Club fame). Don McCullin’s contemporary landscape work is dark and brooding. Possibly he doesn’t know how to photograph otherwise, but equally possibly his years photographing human conflict have altered his perception on the world. Marinovich iWntrospectively comments on the negative effect that photographing violence has on him in his book, ‘The Bang Bang Club’. Both the book and subsequent movie also lend the view that the nature of the photographic subject contributed to Kevin Carter’s drug abuse, mental breakdown and subsequent suicide.

That effect could potentially be translated in their later work (ala McCullin). Alternatively the emotional state that the photographer is in when they approach the subject can also end up influencing their photographic interpretation. Photography shares this trait with poetry. If the photographer is feeling sombre, the imagery she creates will be susceptible to reflect that mood.

Does all of this translate into meaningful pictures? A commercial photographer might struggle if they put too much of themselves into the imagery they create. This is certainly the case if they are relatively unknown as a photographic artist. After all, if a car manufacturer asks a photographer to create an image of their latest automotive finery, they don’t want the fact that the photographer has had too little coffee that morning, or had an argument with their partner, to reflect in the image. But, and this is a big but, if that photographer can convey an emotion to the potential viewer of that image, one that is positive in it’s emotive intention, then they have succeeded in creating a meaningful image. Which brings us full circle to the difficulty of photographing something so that it conveys what is ‘seen and felt’.

If you are moved by what you see and feel, Chances are your images will move those who see them. The cynic in me (the commercial photographer part) says that if you don’t feel it, fake it. For artists unencumbered by the requirements of the client, or who are lucky enough to be hired because of their [possibly emotive] style, creating images that are representative of the aesthetic emotional experience is a goal that gives more back to the photographer than they pull from the subject in the first place. Hence, the potential catharsis of photography.
Posted by Emil von Maltitz at 12:51 PM