Sharpness is critical to creating good wildlife photographs. If there's blur or softness in the frame it needs to be there for a reason. This, sadly, is one of the hardest things to get right when you are learning about wildlife photography. Not just for the actual issue of focusing, but also for the ability to get the camera stable during the exposure. Far too many people think that they can get 'acceptable' results while hand-holding a bazooka of a lens at shutter speeds below 1/125th of a second. not that I am condoning 1/125th of a sec as an adequate shutter speed for avoiding camera shake mind you. 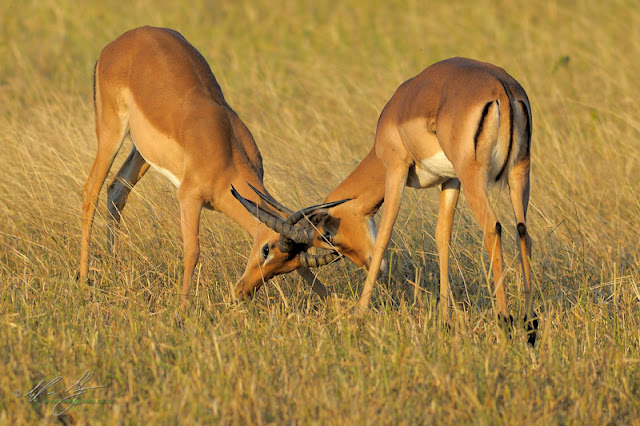 
the problem is that a lot of people still use the old adage that the camera's shutter speed should be the equivalent of the focal length in use (or as near as possible). By this logic you should have a shutter speed of 1/250th of a second or faster when using a 200mm focal length (or 1/30th of a second or faster with a 24mm lens). There are two problems with this approach. One, this maxim was developed in the days of film, and not particularly fine-grained film at that. The idea that 1/30th of a second being stable is ludicrous. The wide angle hides movement certainly, but if you pixel peep, as many digital photographers are wont to do, you are going to see fuzziness where you expect to see detail. This is compounded now with the proliferation of 24mp sensors which are nearing the resolution limits of the lens itself. Second, the maxim was developed for 35mm cameras with 35mm lens. They don't translate that easily to the more commonly used APS sensors.

This doesn't mean that when the light levels drop you have to pack away your camera though. That's what lazy photographers do. Good use of a monopod, beanbag, or better yet a tripod means that we can shift shutter speeds well blow the 'maxim' mentioned above. I have successful sharp (and I do mean sharp) images taken with long lenses at 1/15th of a second. BUT, I was using a beanbag and/or tripod, and good lens holding technique, so that any blur in the image is from the animal moving (and is often intentional in the final image). Playing with settings is the first step. Get a shutter speed an aperture combination that work towards the final intended image. Then hold the camera correctly. Wedge the eyepiece under your eye-brow. Get your left hand actually supporting the camera and if it doesn't use anything to help (a log, a stick, a backpack, a door frame, your own shoulder). The image above was created handheld at 1/160th of a sec at 200mm zoom. I opted for a higher aperture knowing that I was focused in the distance, and placed my ISO at 400 as a compromise between light levels and detail (or lack of noise). It is sharp, for the camera in use - a D700 - but probably would have looked soft on my D3x (hence why I opted for this camera for the shot). 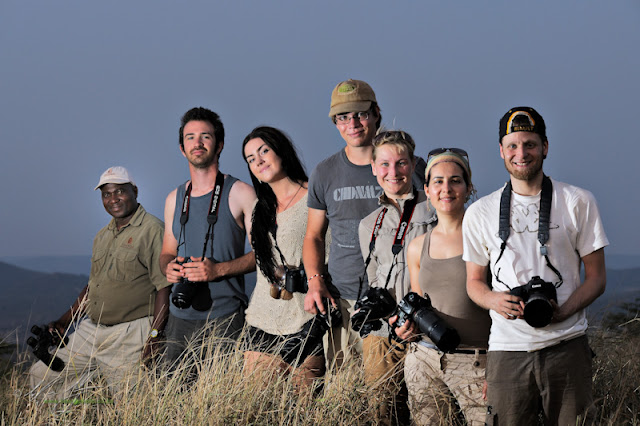 That's the technical stuff at any rate. I've just gotten back from great week in Thanda with a wonderful group of very keen photographers. The winter hours are approaching fast which takes a different kind dedication on a photography workshop. For a start the temperatures get considerably cooler - cool enough to miss your duvet when you are sitting on the back of an open game viewer. The shorter days also mean working into the evening. I know I have a good group when I feel drained at the end of the week (in a very satsfactory way though). This was one of them. I'm looking foward to meeting the whole group again in two week's time to tackle the northern Drakensberg!
Posted by Emil von Maltitz at 2:06 PM