Confusing Circles and Airy Disks: A relatively simple explanation of depth of field and hyperfocal focusing 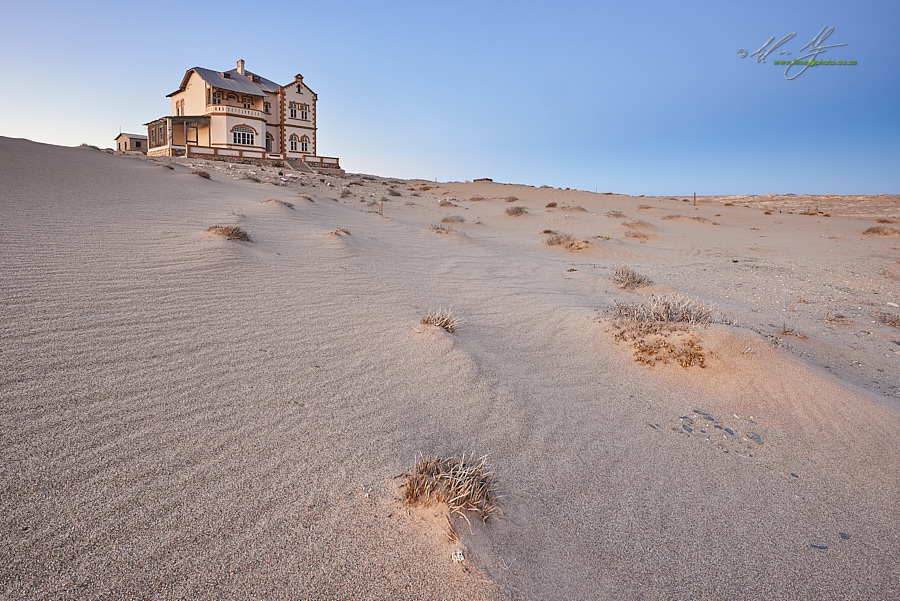 After much searching of the internet and reading of photographic textbooks (the dense kind that have little if any pictures) I discovered I’m absolutely clueless as to how to actually calculate hyperfocal distance and little better at understanding it. My goal then became to reverse this if at all possible. This tutorial then is my attempt to wade through what I saw as rather complex math and distil it into something that makes sense to other mathematical luddites like me. I’ll start the article with the simple stuff, and move on to the more complicated matters after.

To put it simply (remember I’m trying to steer clear of the technical stuff as much as possible), hyperfocal focusing is when you focus your lens such that there is a depth of field that encompasses the very near distance through to infinity. This is what creates that three dimensional look to landscape photographs that seem so bitingly sharp and crisp that we could almost step into the picture. 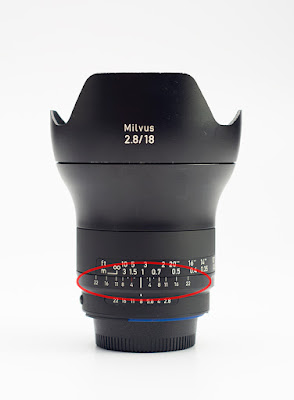 Most prime lenses (i.e. lenses that have only one focal point and no zoom) have a hyperfocal scale engraved or painted on the barrel of the lens. The theory is that to obtain the hyperfocal distance (defined by the Focal Encyclopedia of Photography as the “focus setting that makes the far limit of sharp focus equal to infinity) the photographer focuses on the nearest point that they require to be in focus and makes a mental note of the distance on the distance scale on the lens for this point. By using the hyperfocal scale on the lens barrel, which indicates the distance between focus points in relation to different apertures (see image) he or she is able to adjust the focus (without looking through the lens) such that the hyperfocal markers are on the infinity mark of the focus ring and either encompass or fall past the nearest required point of focus.
Let’s say I want to photograph a scene with aloe flowers in the foreground while maintaining sharp focus through to clouds that are gathering on the far horizon. Obviously the storm clouds would be in focus at the infinity setting of the lens (the focus ring stops turning in that direction…or at any rate stops focusing – I realise that newer Canon and Nikon lenses just keep on turning). The flowers however only 1.7 metres away from where I am photographing from. Simply stopping down to f16 or even f22 still doesn’t place the elements such that both the flowers and the clouds are in focus if I focus either on the clouds or on the flowers independently. The answer is in using the hyperfocal scale. By choosing an aperture of f16 and setting the focus so that f16 hyperfocal point is in line with the infinity mark, I am able to also get the nearest distance of 1.7m into focus as well (see images). In fact I even get a little closer than 1.7m.

The Circle of Confusion

So why not simply stick the aperture at f22 so as to ensure a maximum depth of field and probably achieve hyperfocal focusing distance anyway? The problem lies in diffraction. Light passes through the lens and is essentially squeezed or bent through the aperture hole. When the light is bent in this way it scatters, making it harder to resolve back to its original ‘shape’. The smaller the hole that the light has to pass through, the more the light is bent and therefore the more diffraction there is. This means that f22, or f32 on some 35mm format lenses, although having the most depth of field, lose there resolving power due to diffraction. In fact, on my 35mm f2 lens (used in the images), the three sharpest apertures are f8, f11, f5.6 (in this order). F22, although not the worst, is distinctly ‘soft’.
Conventional wisdom is to rarely if ever use the lowest aperture on your lenses unless you absolutely have to. Then why are medium format and large format lenses considered sharp when images are shot at f32 and even f64. Afterall, Ansel Adams was one of the founders of the famous Group f64. The answer lies in the circle of confusion and magnification.
When a lens resolves an image of say a point source onto the sensor or a piece of film it is essentially creating a cone of light (see image). Critical focus is achieved when the apex of the cone of light meets with the focal plane (the image sensor or film). If the apex of the cone falls short of or beyond the focal plane we can consider that the image is no longer critically sharp. The small circle that is resolved onto the focal plane is considered to the ‘circle of least confusion’ (i.e. it is perfectly sharp). It is possible, however for the apex of the cone to fall slightly before or beyond the focal plane, but still resemble a point source, or disk of light, rather than a circle. This is known as the ‘permissible circle of confusion’ (or the ‘acceptable circle of confusion’). A useful (but technically accurate) way of demonstrating this would be to shine a torch beam like that from a maglite onto a wall. By focusing its beam into a sharp point we can simulate the ‘circle of least confusion’. As we defocus the beam the disk of light enlarges until the disk suddenly becomes a circle. The defocused circle is actually a result of diffraction and is known as the ‘Airy disk’. Essentially the focused beam of light is that between the ‘circle of least confusion’ and the ‘permissible circle of confusion’ before the Airy disk appears. 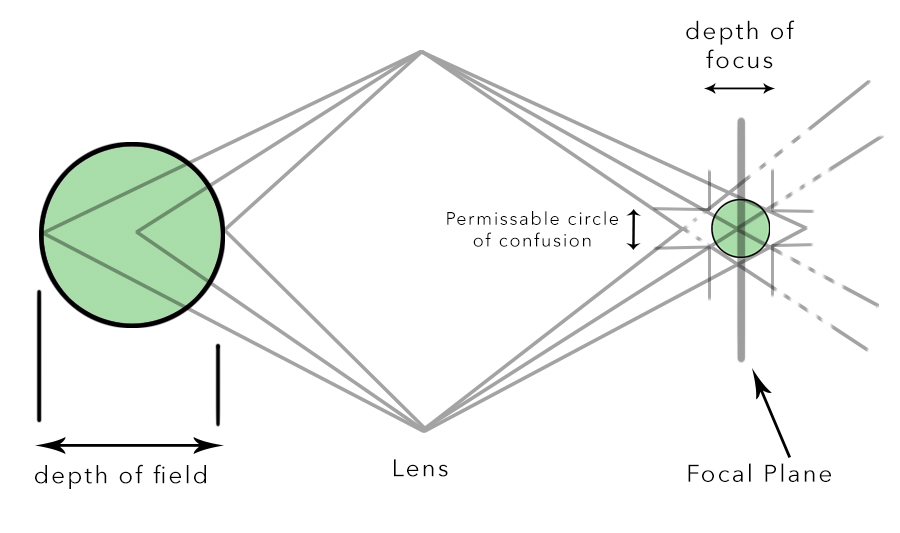 The effect of magnification

Although fairly long-winded I have attempted to condense a very large amount of mathematical equations into something a little simpler to understand. What we basically have above is an understanding that depth of field and perceived sharpness within the image are related to sensor size, circle of confusion, aperture choice and focal length. The equation given to obtain hyperfocal distance is the easiest I have come across so far in accurately calculating the hyperfocal focusing point for a zoom lens.

If you would like to read more about depth of field and circles of confusion you can access the same texts that I have used in my pursuit of understanding this phenomenon.