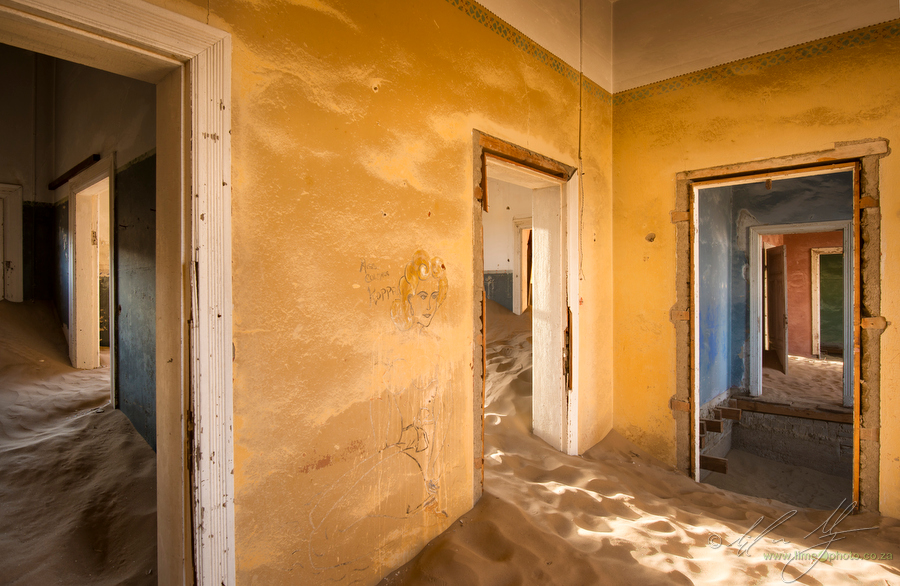 Photographers have a strange affinity with ruins. Some of the earliest daguerreotypes are of some of what we consider famous ruins now - the likes of the Parthenon - or of decrepit farm houses. Early photographs were used as a historical status quo image, creating a record of historical architecture, as was the case with the 1851 ‘Heliographic Mission’. This was an official mission to record historical buildings, many of which were in a state of ruin and which were earmarked for restoration or were in the actual process of restoration. Prominent photographers of the day, Hippolyte Bayard, Gustave le Gray, Edourad Baldus and Mestral were involved in this technical exercise. At this point the definition of “photography as art” was still in its nascent stages. This would form more thoroughly as the Calotype became more prominent in use.

The real advent of ruin photography was possibly brought about with the images that began to emerge from Egypt. Again, the images were predominantly created via Calotype and almost exclusively conveyed what can only be described as a romantic view of the famous Egyptian ruins. Due to the long exposure times required for the images the scenes are presented as deserted, creating an ‘imaginary journey into timeless antiquity’ (Claire Bustarret in ‘A New History of Photography’ - pg 76; 1998). Importantly this is an aesthetic style that has remained to this day; scenes of decay and ruin, completely void of people.

Ruins around the world draw travelers in their hundreds of thousands, if not millions, every year. Think of famous sites like Stonehenge, Angkor Wat, Machu Piccu or Chichen Itza. All of these sites are carefully manicured to portray what we feel ruins really should look like. Our own ideas of what ruins should look like are built on the foundations created by the photographers and painters who first documented the Egyptian ruins in the mid 19th century. Michael Freeman even - cynically - catalogues how ruins should be photographed if they are to be presented at their ‘best’ (The Photographer’s Mind 34:2011):


More recently the the photographic eye has turned with intent towards the more recently ruined. The increased interest even led to the photographic genre being derisively nicknamed ‘ruin-porn’. In fact, the title ‘ruin photography’ now specifically refers to the photography of “urban decay and decline in the post industrial zones of the world” (link). In John Patrick Leary’s article ‘Detrotism’ (link) he explains that, ‘ruin photography, in particular, has been criticized for its “pornographic” sensationalism’. The criticism is that ruin photography aestheticises poverty and decay without questioning the origin, much in the same way that ‘poverty-porn’ aestheticises poverty and ethnic otherness without any introspection as to the foundation of that poverty or our understanding of otherness. I personally find this surprising as the aesthetic style behind more recent ‘ruin photography’ is akin to the romanticised photography of ancient ruins.

Nowadays though, there is a younger cohort of DSLR toting photographers who call themselves ‘urban explorers’. These individuals (and groups) seek out the derelict corners of cities, more points awarded through social media should those derelict spaces be off-limits to the general public (see for example Ralph Mirebs images of an abandoned hangar of the  Russian Soyez program).

Cliched as they are, abandoned urban spaces do seem to draw us. Maybe it has something to do with the creative depiction of an age past. One of the first serious projects I was involved in was to document an industrial site in Johannesburg prior to its demolition (see the book project on this link). That was almost a decade ago and I certainly didn’t have any of the knowledge around ‘ruin porn’ and ‘ruin photography’ that has now become common photographic parlance. To me, photographing the abandoned warehouses needed to convey a sense of time past, of empty spaces that were once teeming, to draw attention to architectural detail. Possibly there was a sombre sense of time lost, but this seems to be the case with many ruin images, both of the more modern post-industrial decay, and of archaic sites of ruin. 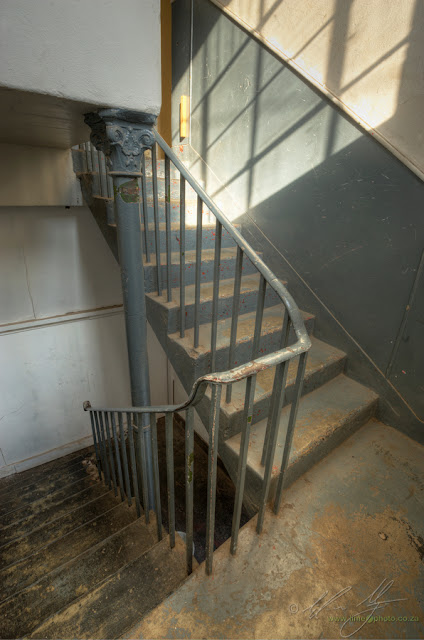 Maybe it’s a longing for the past that keeps us picturing decay as something pictorial. I always notice a sense of wistfulnesss mingling with curiosity as I wander through the abandoned homes and halls of Kolmanskop which is being inexorably swallowed by the desert. Or at least that’s the impression that is given, and carefully maintained by the curators of the small village. Kolmanskop, like other tourist ruins is an example of a manicured ruin - allowing images in the same vein as described by Michael Freeman above.


The famous ruins of Angkor Wat and Macchu Piccu are both examples of carefully manicured decay. Trekking the alternative ‘Inca Route’ in 2004, Jackie and I were surprised to discover that in the depth of the rain forest we were stumbling over tumbledown boulders fashioned like the tell-take Inca style of building. Over thick jungle foliage we could barely make out the fact that we were walking through a set of ruins that, according to our guide book by Peter Frost, was as large and impressive as Machu Piccu on the opposite peak. Macchu Piccu is impressive because it has been cleared and restored. Similarly Angkor Wat was cleared and shored up (with carefully concealed concrete beams) by the French authorities who were the then administrators of Cambodia. Still in Peru, we were fortunate to visit Choquequirau, which was still quite out of each for the average tourist. At that point in 2004 only a small section had been cleared, so we were able to see the difference between the cleared ideal of a ruin, and the realistic jumble that wouldn’t attract the gaze of the lens.


So we remain drawn to decay, so long as it is tugs at our aesthetic judgement of the past. It is something flawed, but by its flaw attracts us. Again from Leary (where the fixation with Detroit’s ruins can be replaced with other ruins): “For media workers from more prosperous cities, Detroit’s spaces of ruination appear to tell a history, or at least evoke a vague sense of historical pathos, absent in those other, wealthier cities”. Possibly the pathos that we feel is tinged with a odd appreciation for that which has broken apart or come to an end. The Japanese concept of wabi-sabi comes to mind here. Although not specifically related to things that are broken, or decrepit, the concept is concerned with an appreciation for imperfection or impermanence. So important is wabi-sabi as a way of appreciating beauty that it can be set in almost diametrical contrast to the traditional Greek and therefore western concepts of beauty derived through perfection.

Perhaps I am naive in my understanding of wanting to photograph ruins; the empty hallways that once bustled with life. I prefer to see the images not as a bleak dystopian expression as viewed through the current trope of ‘ruin photography’. Neither do I see ruins as something to be romantically imaged. Maybe wabi-sabi is how I personally look at ruins. The hint of impermanence, the pathos of time past, of lives lived, of the impermanence of our own presence. There is a beauty in that, even though it is broken down and devoured by the sands of time.
Posted by Emil von Maltitz at 12:02 PM