A Question of Ownership - copyrighting of ideas in photography 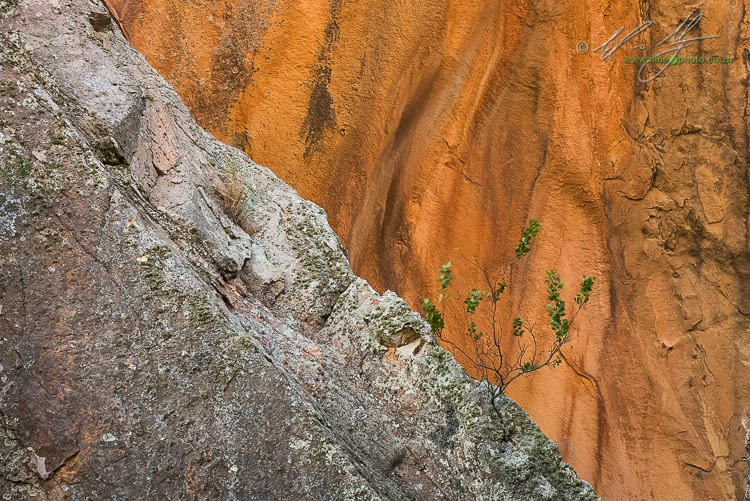 Owning property is a relatively simple thing. If I buy a camera it belongs to me. Proof of my ownership is exhibited in the form of a receipt from the company or person that I bought it from. Admittedly as the ‘thing’ becomes older the receipt as proof becomes less and less important and it’s simply taken as a given that this property belongs to me. If someone takes that camera from me without my consent, the law in just about every part of the world is fairly clear in that the person is a thief and has stolen the camera from me. For some types of property we continuously pay dues that confirm our ownership of that property (think of rates and taxes on our homes). Either way, the physical object has a definite owner.

The thing about material property though is that it is an object that can be easily transferred to a different owner. I cannot cut a vehicle in half and share it. I have to outright pass it on. In other words, only one person at a time can ‘own’ that property (yes there are corporations and such, but for now let’s consider the simple idea of ownership). The idea behind the car and it’s various bits of equipment though, is a different matter entirely. Who is said to ‘own’ those? Can Ford turn around and say that the idea of mass producing vehicles is theirs and anybody else who uses a production line for automotive manufacture is stealing the idea from them?


I recently read a brilliant article on plagiarism by Malcolm Gladwell entitled ‘Something Borrowed- Should a Charge of Plagiarism Ruin Your Life?’  (Republished in ‘What The Dog Saw’). The piece concentrates on the theoretical ownership of phrases and words (and the near impossibility of claiming ownership), but uses patent laws and the concept of intellectual property rights as a starting point. Being an author and creator he almost naturally begins the argument as the aggrieved, the person who has had work ‘stolen’ from him. However, he ultimately looks how one person’s original work can be transcended by the second person’s interpretation of that work. I’d urge any photographer who is interested in copyright to read this article (of which the full article is linked above) as it presents a compelling argument for leniency in certain types of copyright.

A recent copyright case, sometimes referred to as the ‘Red Bus Case’ in the UK has highlighted the concern around the ownership of an idea. In this case a company, Temple Island Collections Limited, sued another company, New England Teas, for copying an image that Temple Island Collections used on souvenirs. The images in question were of a red double decker bus, iconic to London, crossing Westminster Bridge with Big Ben in the background. Strikingly, the image is black and white except for the red double decker bus. The images are certainly similar, but the problem presented; is the second image used by New England Teas a direct copy of the original image, or is it just a copy of the idea? (See this article in the Amateur Photographer for more details).

Personally, I think the judge in the Red Bus Case, Justin Birss, went a step too far, and this is where I come back to Malcolm Gladwell. Gladwell’s article revolves around a play, Frozen, which draws a large portion of its inspiration from a previous article that he had written about a criminal psychologist and her professional relationship with a serial killer. The playwright bases the story’s lead character on the psychologist that Gladwell interviews and writes about. After initial anger at the theft of some of the words and phrases that Gladwell himself had coined, he begins to look deeper into the sharing of ideas through intertextuality. Writers grab ideas from each other. They don’t just get inspired. They outright copy and steal. I distinctly remember my English Professor, Prof Paul Walters, during a philosophy of literature lecture banging his fist into the flat of his other hand and crying, “there is no such thing as originality!” As Gladwell argues, can he truly claim ownership of words?

The idea of intertextuality is that one artistic work can refer to another, deepening the meaning of the one work through the knowledge of the first. Some artists use intertextuality playfully, while others build on the work of those that came before them. Sticking with the former, the novelist Jasper Fforde explicitly constructs his science-fiction stories based on intertextuality. Many of the characters come from other stories, only, he builds upon the character, creating a fictional world peopled by characters written by other authors. With similar playfulness Disney feature length animated films regularly tip a nod to famous literary works and even other films through intertextuality. Take the animated film Tarzan where a young gorilla upon seeing the finery of Victorian England laid out in a campsite exclaims, “The horror!” - neatly tying in to Joseph Conrad’s character Kurtz in Conrad’s novella ‘The Heart of Darkness’, when Kurtz weakly utters the same word’s to Conrad’s protagonist, Marlowe, before dying.

Ideas feed upon ideas. Discussing this concept with a student recently, she pointed out that an image she created on a workshop of mine was an attempt to ‘copy’, even recreate to an extent, an image of mine that she had seen a year ago. The images are different, the only similarity apart from subject matter (a small waterfall) is the technique employed to create the image. Do I feel aggrieved, especially as I now know that she was openly trying to recreate the image. Not at all, not in the slightest. Working in groups with photographers I have often been struck by the way that each individual photographer will feed off those around them. Why is it then, that we expect people to not copy ideas when we openly flout those ideas in mainstream social media?

Gladwell teases open the greyish world of ownership of ideas. It’s one that photographers are increasingly being drawn into. Most semi-serious photographers are already aware of copyright of individual image/s. Of the actual created work in other words. Internet sites like Photo Stealers are designed to shame companies and photographers that steal images from their creators. It’s actually quite sobering to realise how often it happens, and by other photographers to boot! Then there is also the recent furore over an engineer at Facebook, Jesse Chen, who blogged back in 2012 how to remove the copyright symbol from images so that one wouldn’t have to pay for them. This is a fairly pertinent point considering this is from the mouth of an individual who now has a say, at least in the technical engineering sense, of how the ownership of images plays out in the sphere of social media.

But what about the ideas themselves? In several instances there have been law suites against photographers by other artists (including music artists) and vice versa for the use of ideas. Enter the fray with Amazon’s recent patenting of a particular lighting style for product photography. Does this mean that if I use a similar lighting setup for a product shot Amazon can sue me? Fantastic, anybody wanting to get rich quick can head out and start patenting as many lighting setups as possible so they can litigate the pants off photographers everywhere. What the hey, if you’re quick you could patent clam-shell lighting and sue Scott Kelby (admittedly this is bordering on the ridiculous - no wait, it’s crossed over). It is actually more complicated patenting or attaching copyright to an idea or setup, but Amazon have blithely and dangerously created a precedent in my mind.

When tackling the issue of copyright you will find that there seems to be quite polarized opinions on the issue. Some people feel that copyright should be absolute, protecting the rights of the producer of the image, or in some cases (professional music industry) the rights of the subject (there has been a raft of cases where musicians have sued photographers for copyright infringement, but in the same vein use images by photographers claiming they need not be concerned about copyright since they are depicted in the image). Others, including Aaron Johnson (whose wonderful cartoons are used in this newsletter) take a much more relaxed approach to copyright.

To put this into perspective: take the hypothetical brief to copy the style of an image created years ago, so that the new image, although different to the original, is immediately related to the original. In other words, the intention is for intertextuality to come into play. Traditional copyright law doesn’t really object to this so long as there is substantial enough difference in the second work so as not to be an absolute copy. The problem is that the Birss verdict in the Temple Island Collections vs. New England Teas case opens up the interpretation of how substantial the difference should be. Photographers need to be extremely wary of deliberately copying work. It gets even thornier though when you are wanting to continue a style so as to pay homage to the original artist. The Red Bus Case is a problem for photographers as the ultimate judgement was on an image that is easily stylistically reproduced because it is a common photographic technique (Spielberg even uses it in the film ‘Schindlers List’).

As a final addendum to the Case of the Red Bus. Temple Island Collections were specifically claiming ownership of the idea of a black and white image with a coloured red double decker bus crossing Westminster Bridge against a plain white featureless sky. The thing is, I swear I’ve seen that image somewhere before. Maybe it’s false memory, but when I first read the story last year my mind cast back to an image that I saw in a Practical Photography magazine in the early 1990’s. Maybe the source is wrong, but I’m willing to bet that Temple Island Collection, or whoever created the image for them, copied the idea from elsewhere. So, will the real Red Bus photographer please stand up.
Posted by Emil von Maltitz at 11:40 AM