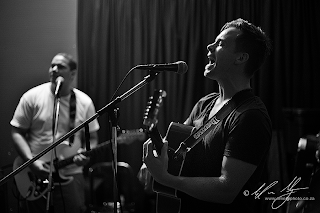 Band photography isn't something that I get to do that often, being known more for my industrial and commercial work in my home 'territory', but I grabbed at the opportunity to photograph Lynch as they go through the motions of recording an album. To start with we're just putting together some casual behind the scenes images that are likely to be used inside the CD jacket. Bevan, their frontman and I are stilling working through ideas for the cover, which no doubt I'll write about once we hit the nail on the creative head. 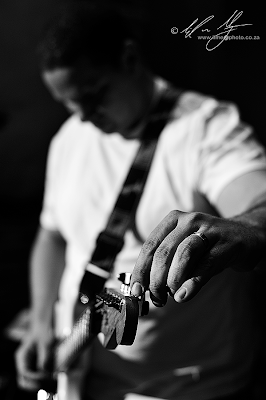 So, these images were a precursor of things to come. The band were quite specific that they wanted black and white gritty images of a practice session at the recording studio in Glenwood, Durban. In the end I was only able to shoot for about 40 minutes, but will be doing another session soon.

Ordinarily I shoot with my camera settings set to 'camera neutral' so that I can get as much out of the histogram as possible. This shoot was slightly different. Since I already knew that the images were going to be black and white, and as I was also intending on having quite strong clipping in the blacks and occasionally in the highlights, I set the camera to monochrome. This doesn't affect how the RAW image is captured, but does add a little tag to the file to indicate that it should come out as a monochrome image if you use the manufacturer's software (in this case Nikon Capture NX2 with Photo Mechanic 4 in the background). Basically the jpeg settings are altering the embedded jpeg, not the RAW file. This means that if you use an Adobe product (and several other 3rd party editing software options), the image will be displayed in color, not monochrome.

At any rate, here I was shooting so that the image would be close to final straight out of the camera - much easier to do in black and white than in cloud since white balance doesn't really affect the image. Next step was the lighting. Here, I placed a bare flash, an SB600, on a light stand in the corner of the room and zoomed it in slightly (50mm if I remember correctly). This was triggered via an on camera SB800 which usually I fired so as to only trigger the SB600. Occasionally I'd also bounce the on camera flash into a wall or something to add some fill though. The point of this was to have a fairly strong overhead side light that could simulate the effect of a spot used on stage or in some music studios. In a number of the images I kept the strobe in frame so as to heighten the sense of a spotlight on the musicians. Personally, I think it worked. 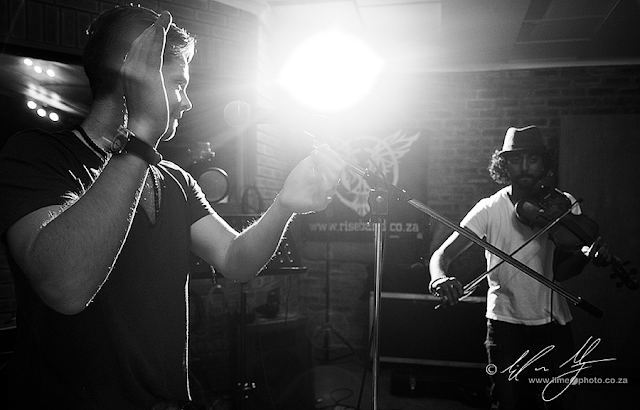 Of course focus was interesting as it was all done old- school on my 50mm f1.8 manual focus lens (I also used a 20mm f2.8 which was at least autofocus). Shooting in such low light necessitated opening as wide as possible most of the time. If the focus was out a tiny bit it became obvious. All in all, a fun shoot, and I'm looking forward to the next. 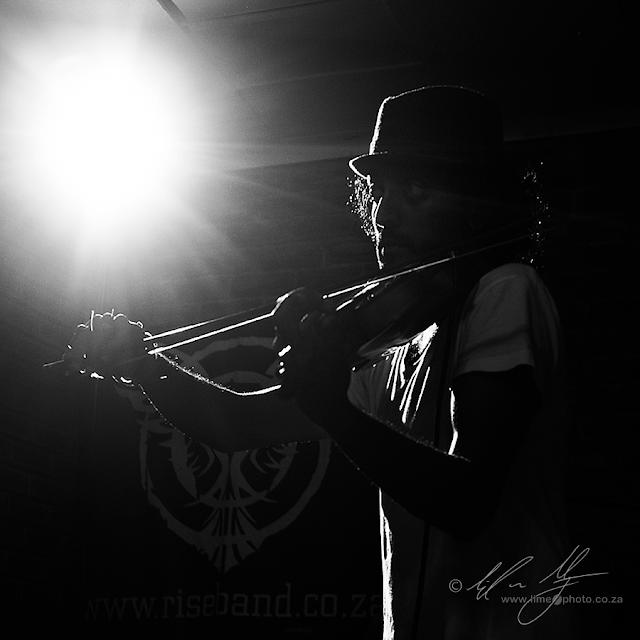