Advice In Looking for that first bit of work experience 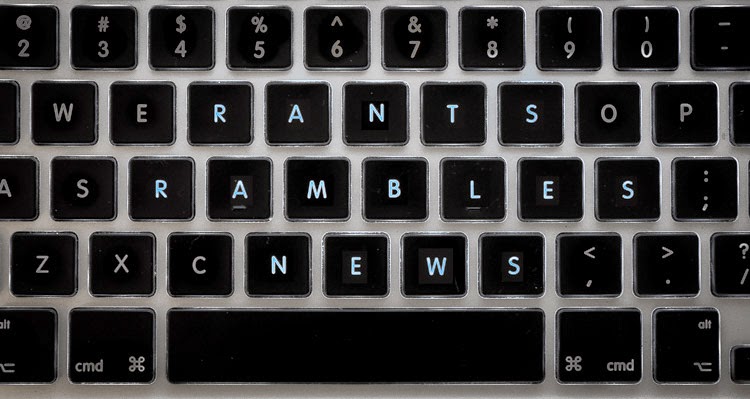 Every now and again I get a request from some young photographer asking if they can shadow me on a shoot, be an intern, or more baldly, be given a job. Some of these requests I entertain, as the photographer has caught my eye in some way. The reality though is that I doubt that many of these job/intern/shadow seekers get much success from the email approach. The hit rate with me is probably 1:20. I have found myself writing a response to several in the past as to why their missive hasn’t struck the right cord. So this is a post written to all those out there who are wanting to get noticed by a potential employer.

Don’t put it in a bulk email

You as the job seeker probably don’t realise it, but addressing your request for work experience to every photographers’ email that you can find on the internet, is not going to endear you to those photographers. In fact, it’s insulting. The irony is that very often in the text of the email are the lines “I really admire your work/style/approach (take your pick here, as I have had a variation on all of them) and would love to work with you”, yet, the email is addressed to “Whom It May Concern” and is cc’d to twenty other people. This is the number one fastest way to have email tossed into the trash. If you are not going to personalise the email, it's not going to get given any attention by the recipient (in fact the 'To Whom It May Concern' line coupled with multiple addressees might even arouse the spam-bots and toss the the email into the trash folder before it even gets delivered).

The vast majority of professional photographers I know work for themselves. Admittedly I am, in the freelance crowd and don’t rub shoulders that often with dedicated journalists, or junior photographers in design companies. Most freelancers, also work alone. Sending out an email to these guys to get a job is a shot in the dark in the first place. The money is not good, except for the very tippy top of the pile. Any request for a job is usually met with ‘huh, I can’t even pay myself, let alone an assistant’, and the request gets thrown in the trash pile. What the vast majority of photographers do though, is hire assistants as and when they need them. Don’t expect an email in the dark to be the way these photographers vet potential assistants.

The Best Assistant’s Are Not Photographers

I’ve been through several assistants over the last decade. Some have been amazing, some have been terrible. What I did realise though is that the best assistants are not photographers. Photographers need someone to deal with the crap of running a business. Photographers need a PA, secretary and general handiperson, not necessarily another photographer. They need someone who can deal with invoicing, keywording, editing and hauling gear. The last thing they want is someone who thinks they know better and who might potentially steal their client base after a few months (I kid not, this has happened to photographers I know in the city where I work). If you really want that internship, possibly point out that you want to help with the background stuff, not the shooting, and just maybe the photographers that you are approaching might sit up and take notice.

As a very brief aside; years ago I was approached by a photography student from abroad who said she really wanted to be my assistant. She had done her homework and knew what I shot and the kind of work that I did. However when I explained what I needed from an assistant, she quickly decided against pursuing the post (that didn’t actually exist in the first place). She was incredulous that I would not be paying her to join me on workshops in Namibia, and commercial shoots in Mozambique, and said she didn’t want to be in the office editing and doing keywords (which is what I really needed at that stage).

In theory, shadowing is a fantastic way to get experience. In reality, the majority of situations that a lot of photographers find themselves in, ‘any shadow’ would simply get in the way. If I am working in a factory or a mill, I am in a tight, potentially dangerous space trying hard to get images that the client will be happy with. Looking after a shadow who has never done this before is going to detract from the actual picture-taking process. It’s hard enough with a first-time assistant, let alone a stranger who is just tagging along. Then there’s the very real liability issue. If something happens to the ‘shadow’ while on a shoot, the photographer is potentially responsible legally. As mentioned above, some of the work I shoot is industrial. Just to get on site I often have to jump through several hoops so that the client is not liable if I injure myself while shooting…now what happens if the assistant/shadow/intern is injured? So usually, the response to this question from most photographers is just simply no.

This isn’t to say that shadowing is a terrible idea. When I started learning about video I asked videographers I knew whether I could shadow them. I have had both students and established photographers shadow me. Part of the rationale behind workshops is essentially the opportunity to shadow (with instruction) another photographer. Shadowing can and does work, but asking a stranger in an email for the opportunity is probably not the best way to go about it.

By now the common theme here of 'stranger' should be picking at readers brains. The biggest problem for the entrant is that it is a fairly small established group of players in the industry. Lots of people trying to get in, but those who have managed to create sustainable businesses rank in the minority. Small businesses, regardless of the industry, tend to work with people they know (and trust). There simply isn't budget to be able to risk on unknown entities. So the goal is to become known, to not be a stranger.

So What Can You Do?

The bulk email approach is a sure-fire way to be rejected, period. I don’t know a single example of where It has worked among any of my colleagues. In fact, most people see the list of addressees and simply bin the email before even reading it. So if you are going to email a photographer, figure out who they are and what they shoot. Get to know their work and mention it specifically in your email (a little bit of ego stroking goes a long way). I am willing to bet that the majority of the shadow requests I receive don’t even know what I shoot. I strongly suspect that the only part of my website they have even looked at, is the contact page.

Do Some More Homework

An individual freelancer is less likely to respond to your email than a large studio with a group of photographers. The difference is simple. The individual is used to working on their own, or hand-picking an assistant from a referral from someone that they trust. A team is used to hiring and the complexities of working in a group. Sending an email requesting a post from the individual is far less likely to garner a response than from a large studio that literally has a hiring policy in place. Do your homework and figure out who you are addressing the email to in the first place.

Don’t ask for a job

…ask for a coffee. Here I have to give a big up to Llewelyn ‘Juice’ Makhanya (https://www.facebook.com/llwellynjuiceAwesomeness). When he started out he gave me a call and asked just to meet me and pick my brain. Although I haven’t found the right job to work with him yet, I still try and figure out how I can use him on a shoot. In the circles of professionals that I work with, photographers don’t hire, they collaborate. You don’t get in by sending an email. You get into this world by meeting people. So rather than sending an email asking for work-experience, ask if you can buy the photographer a coffee and pick their brain. You can even ask if they would be prepared to meet with you (you’re buying the coffee, not the photographer, mind you) to go over your portfolio and ask for advice.

The core thing to do is to get to know people, without any hidden agenda. Established photographers are not the gate-keepers to some secret world of work. They are peers however, with plenty of world and work experience and advice that can help someone starting out.

You’re a photographer, where’s the portfolio?

It’s unbelievable how many requests I get for work that don’t include a portfolio. Back of the hand, I think it’s probably 1 in 10 that actually attach a portfolio or even a link to a webpage or profile. I get lots of CVs admittedly, but these are next to useless in judging a photographer. When I was still a student and met Obie Oberholzer briefly while trying to figure out my career path, he said to me that “a CV is worth (expletive) all!” It doesn’t matter where you studied, or how many diplomas/degrees you have. All that matters are your images.

For that matter, where’s your website? Sure you have a Facebook profile, but if you are serious you have a gallery of images that are available on the internet. There are plenty of options out there that don’t cost a cent (courtesy of social media) including Instagram. Can’t afford a website, then build a blog of your images. However, if you want to be taken seriously get a website. It doesn’t have to be state of the art, but it needs to be out there as a calling card for anyone who asks to see your work.

As a photographer everything you do should be linked to image-making. By not receiving an image in the email request for work, the applicant is basically saying, “I’m not a photographer, I’m just looking for a job”. That simply does not make that person stand out.

Finding work is hard. Is doesn’t get any easier the longer you stay in the industry either. Start out on the right foot by getting to know people in the industry. It’s who you know that ultimately gets you the referrals for work. Sad, but true. I know several photographers who produce absolutely stunning work, but they haven’t managed to market themselves effectively, and as a result they lose out to lesser photographers who know how to trumpet their name.

Email campaigns are a shot in the dark to start with, so a vague request for a job without any portfolio, or reason to go beyond the first few lines of text are doomed to fail from the moment you hit ‘send’. First and foremost, give the photographer a reason to meet you. Preferably a reason that isn’t overtly linked to ‘give me a job’. The same advice could probably go toward any photographer looking for clients as well. Get to meet people first, show your portfolio around, and maybe people will be more inclined to go from there.

Posted by Emil von Maltitz at 8:03 AM