A Brief Rant About Lenses 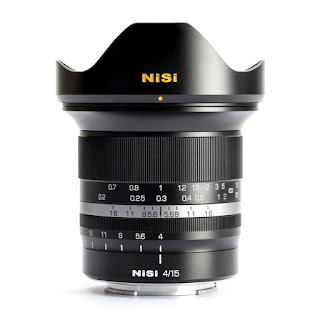 2021 started with the announcement of a new lens. It started with a whole lot of other stuff besides, but the lens is what I am going to concentrate on. The lens in question comes from the Chinese optical filter manufacturer, Nisi. On paper it looks fantastic. A really great option for mirrorless (it only comes in mirrorless mounts at the moment) admittedly, and one which I would no doubt be considering if I weren’t still shooting from behind a mirror. So why am I irked?

Basically I want to scream, ‘enough with the exotics already!’ I love the fact that Nisi have decided to manufacture lenses for mirrorless cameras. I am a firm proponent of their glass filters (full disclosure - I am a local South African Ambassador and rep for Nisi) and was really excited when they started producing quality cine lenses for the film industry. However, despite the fact that the Nisi is an f4 maximum aperture lens, it is still an exotic in that it is a super-wide. As such it follows in the footsteps of Samyang, Laowa and Irix. All produce manual focus super wide-angle lenses with minimal if any electronic contacts to the body. Apart from the Samyang, they all boast minimal distortion, excellent resolution and vanishingly little chromatic aberration. They are optical marvels (I use and love the Laowa 12mm f2.8 Zero-D lens). On top of this, by not including auto-focus, vibration reduction or distance information transmitted through electronic contacts, they are extraordinarily well-priced compared to their Canon, Nikon, Sony or Fujifilm brethren. But where oh where are the stalwarts, the standards, the classic lenses…the glass that captured the most iconic scenes of the last 100 years?

By this I am referring to the stable of primes that many photographers cut their teeth on and which seem to have all but disappeared from the optical works of everyone except Zeiss and Leica. I am referring to the 24, 35, 50 and 85mm f2.8 lenses of the past. Note, the aperture! I did not mention 1.8 or even 1.4 aperture. I said f2.8! 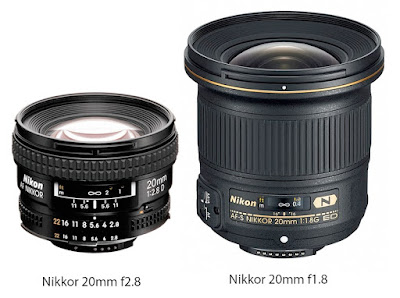 Anyone over 40 will remember when f1.8 was considered an exotic aperture on anything other than a 50mm standard lens. Now, we seem to start at 1.8 (witness the Nikkor 24, 28, 35, 50 and 85mm f1.8 lenses). These lenses are really excellent, but their achilles heel is size and cost. Fujifilm were on to something when they brought out their diminutive but optically excellent f2.8 primes. They seem to have forgotten the point of them of late and started back down the road of bokeh mania and as large-as-possible aperture since then.

The first thing that comes to mind is size. As mentioned above, Fujifilm have more than proven the point that size does matter, and that small is wonderful. A quick comparison though between f2.8 lenses from the eighties and f1.8 lenses from the the last decade also illustrates the MacDonald diet that lenses have been on of late.

Admittedly modern plastics and aircraft grade aluminium have meant that the bloat hasn’t necessarily added weight to the new lenses, but similarly modern f2.8 lenses would also benefit from these new materials and would be feather light in comparison. Not everybody wants, or indeed needs, an enormous lens mounted to the front of the camera. Sure, we can get the focal lengths and aperture out of a f2.8 zoom, but despite lens advances primes lenses are still optically superior to zooms. The size of a .8 zoom is also significant when you compare it to that of a small f2.8 prime. There is a reason why street photographers have preferred small primes for decades, and it has nothing to do with sharpness or even bokeh. Small, light and indiscrete are extremely important features for these photographers.

F2.8 also automatically means a lower cost and lighter lens by dint of the fact that significantly less glass is required. A f1.8 lens - requires significantly more glass up front in order to catch more light and allow it to pass through a physically larger aperture. It’s the same reason why exotic telephotos are so expensive (and heavy). In order to have an effective f-stop of 2.8 on a 400mm lens, you require an initial surface area of glass of roughly 160mm in diameter. That is a lot of glass and where the bulk of the raw expense comes from.

The size comparisons are most obvious when you consider some of the new 50mm lenses being announced. The new Nikkor Z 50mm f1.2 lens is physically enormous (as well as eye-wateringly expensive). It’s great to have this as a halo product, but where are the normal lenses for the rest of us mere mortals (and please don’t say that a zoom with a variable aperture is the answer, it isn’t).

The Promise of Mirrorless 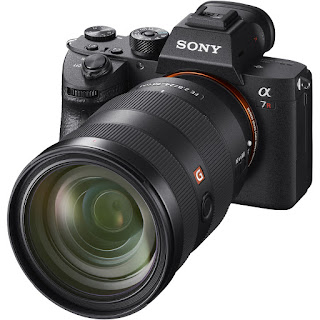 Initially the promise of mirrorless was that it was able to achieve the optical acrobatics of the the venerable DSLR but in a tinier, mightier package. Unfortunately this seems to have all but been forgotten when you consider the behemoth monstrosities sitting in front of Sony Alpha, Canon Rs and Nikon Zs. Consider the enormousness of the Sony G-Master lenses on the diminutive frame of the Sony A7 series. Or worse, consider the telescope size of the 50mm

Here I applaud Tamron for their take on mirrorless lenses. They have introduced the Di III series of lenses which all have a maximum aperture of f2.8, and are all comparatively diminutive in size. Reviewers complain a little of slow autofocus, but considering the size and cost of the lenses in question, they are a breath of fresh air (and practically weigh as much) to the world of mirrorless cameras.

I admit that the above rant is skewed towards what I want in a lens. I’ve spoken to enough other photographers though that I know I am not unique in these desires. The current drive to create more exotic, more expensive lenses is disturbing to a lot of photographers. Which confuses me as to why some of the new lens manufacturers like Laowa and now Nisi aren’t turning their attention to simple, but brilliantly executed standard lenses.

My very first lens was a Pentax 40mm f2.8 lens. I ended up swopping it for a 50mm f1.4, and regretted it almost instantly. I finally found my replacement some 25 years later when I bought a secondhand Voightlander 40mm f2. The lens is almost always added to the bag. It’s size and sharpness means that it’s easy to pop into a pocket, and the results are almost always pleasing. As a travel and landscape photographer I would be in Nirvana if I could find a truly modern update to my almost equally diminutive  24mm  f2.8 Ais lens (unfortunately the older manual focus Nikkors do not hold their own when pitted against modern glass on something like a Nikon D850 body).

So quite possibly when I finally forgo the mirror and dabble in the world of mirrorless I’ll be adding some Tamron lenses to the mix, as they seem to be only lens manufacturer to be brave enough to produce the classic focal lengths in a realistic travel friendly size. Oh, and course a few exotics like the Nisi 15mm f4.

Posted by Emil von Maltitz at 8:36 AM