Story-Telling in a Sea of Imagery 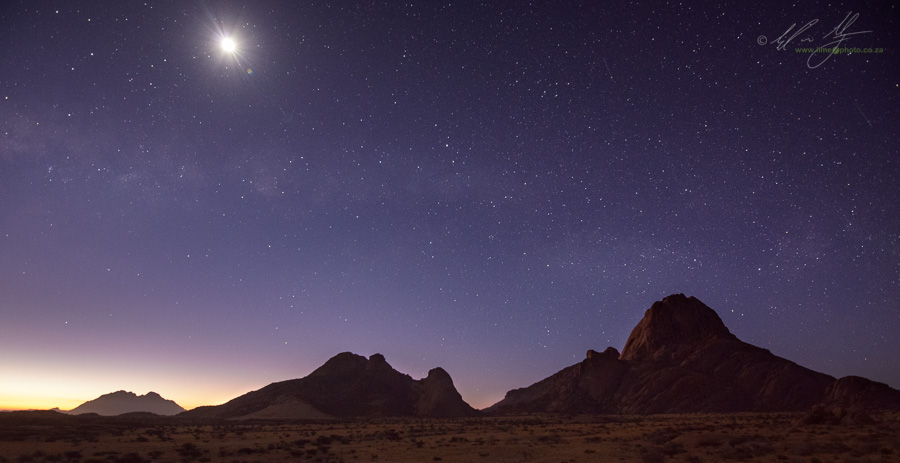 The rise of photography and the consumption of imagery has been utterly inexorable. Photography is now 178 years old if we take the first official announcement of the first permanent daguerrotype image as it’s birth date. In 2000, at the absolute crest of celluloid film’s realm as the photographic medium of choice,  Kodak announced that 80 billion images were produced in that year. In 2015 we apparently hit 1 trillion images created annually, making something of a mockery of the 80 billion figure reached at the turn of the century. As we progress into 2017 it is estimated that we will produce between 1,2 to 1,3 trillion images. Just to be clear on this - That’s a thirteen digit number (twelve zeros)!

I first read about the 1,2 trillion estimate for 2017 while preparing for a talk that I gave to a camera club in Durban. I found the figure astounding. I’m still not sure I can take in the enormity of that number. Even a billion photographs, the amount the world produced in 1930, is a large body of photographic evidence. The estimate is that we are now reaching a global population of 7,5 billion people. When you consider your own presence in that vast mass of humanity, it can be a little overwhelming. How do you make your mark, if such a thing can be done, when you are one in 7,5 billion (1:7 500 000 000). Now, how do you make an image, let alone any of your body of work noticeable amongst 1,2 trillion images (1:1 200 000 000 000)?

We live in a world engrossed in social media, instant gratification and the ‘me’ generation: Imagery is all-important now. I suspect that there are more images shared in posts than there are actual typed messages at the moment. It used to be that images were used to illustrate text. Now as I look at the strings of ‘memes’ popping up on my various social media feeds, I realise that text is being used to illustrate images. It seems completely topsy-turvy. The image has become so mundane, so banal, that we need text to make it stand out. What ever happened to the primacy of the image? Despite this, every day I engage with clients who recognise the importance of good, dare I say powerful, imagery. Thank goodness they do, otherwise I would be without an income. So, without being swamped by the sheer lunacy of the numbers involved, how do we make our work stand out? 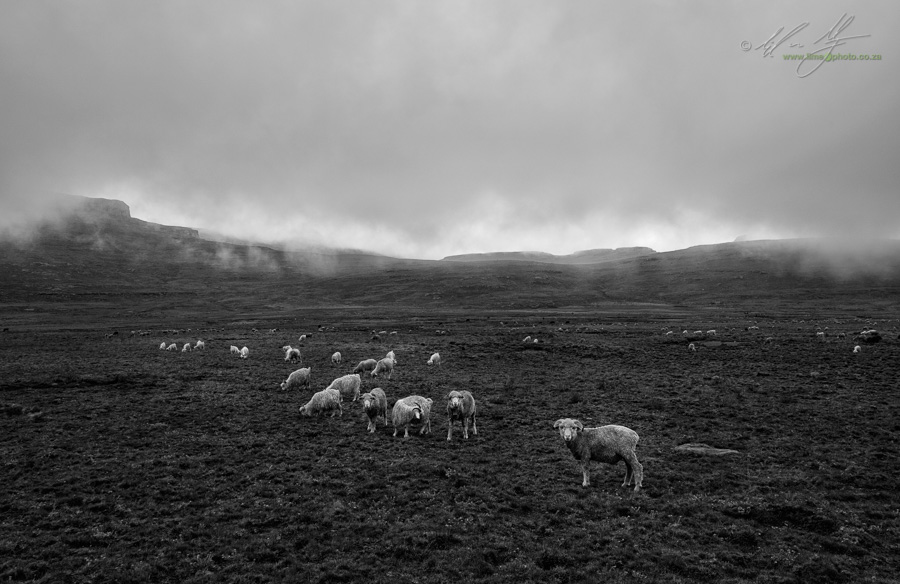 From a purely photographic point of view, images no longer stand out simply because because they are images. In the past this was most certainly the case. Just the fact that there was a photographic image to illustrate a story was enough; it didn't have to be good. Now, coherency of vision and an ability to make the image a story are all-important. A quick perusal of 500px or even Instagram shows an extraordinary smorgasbord of images of supreme technical quality, even more than good composition, but of zero pathos. Zero story telling. Oh, and because your images don’t garner a thousand ‘likes’ does not mean they are poor images incidentally. This recent article on the use of ‘bots’ illustrates how even mediocre photographers can garner extraordinary (and I use the dictionary definition of extraordinary) followings. Images that engage real people, with real feedback, and real emotion, are images that were created with story or pathos in mind. These are the images that people remember. In fact, these images even have the ability to alter perception and can be a driving force for change. These images are also in the very small minority of images that are created.

How does one do this? How does one create images that are memorable? For a start, engage with your subject. Get to know it. Learn to love it. Photographing things you love invariably translates into better images. As an example, why is it in a world where there is a complete overabundance of wildlife imagery, the work of photographers like Frans Lanting, Nick Nichols and Tim Laman rises to the top. To my mind it’s connection. There is a connection between the photographer and the subject that translates to a connection between the subject and the viewer. The best way that connection can be summarized in my mind, is pathos. It’s no surprise when you read the biographies of the the three photographers mentioned, they all have a background in wildlife studies in some way or another. Basically they have an already intense interest and affinity with what they are photographing. It shows.

We can’t all have the luxury of photographing something that we love admittedly (my monthly pot-boiler often consists of photographing and deep-etching a variety of products like hinges and cupboard handles…not exactly exciting or passion inspiring one would assume). However, the images and subjects I take an interest in seem to shine out to clients - the people who matter at the end of the day for the working photographer. A recent conversation with a client of mine revealed why they use me, despite the fact that they have used extraordinarily talented (possibly cheaper and quite definitely better than I am) photographers in the past. I was told that I seem to be able to engage with the people that I photograph and that this engagement comes across in the imagery I submit. This to the point that 70% of the imagery in their last 200 page annual report was attributed to me (yes I walked away from that meeting feeling somewhat full of myself - although this never lasts long, I’m an artist after all).

One of the most important take-aways from the series of books written by Joe McNally (I recommend reading all of them) is the simple line, “what’s the story?” McNally writes about an experience photographing a festival in India where he seemed at a loss as to what to concentrate on. Remembering the mantra drilled into his head, ‘what’s the story’, he was eventually able to create a series of images that told the story as he wanted it to be seen. As I look at work created by masters of photography it becomes very clear that that there is story and pathos in the imagery. This is not new either and is something stressed in David Hurn and Bill Jay’s ‘On Being a Photographer’ (another recommended read incidentally). This is not necessarily something that is immediately obvious in the masses of images that scroll down my screen every day on Instagram, Facebook, 500px and more. In fact, a lot of what we see, even what we click the ‘like' button for is the imaging equivalent of muzak. The problem is that with the din of 1,2 trillion images it’s quite difficult for Mozart to be heard above the cacophony.

Great photography then needs to tell a story. Every storywriter knows that the best stories come from what you know. Writers research their to the nth degree before they actually put pen to paper and create fiction. I personally believe that the same should be done for photography. If you are interested or know about the subject you are photographing, chances are your depiction of the images are that much more likely to rise above the imaging equivalent of muzak. Even the seemingly mundane imagery that I create for clients has some kind of knowledge background to it. Certainly the better images do. Correspondingly, the longer I stay with a client, learning about their business, processes and industry, the better the images become. 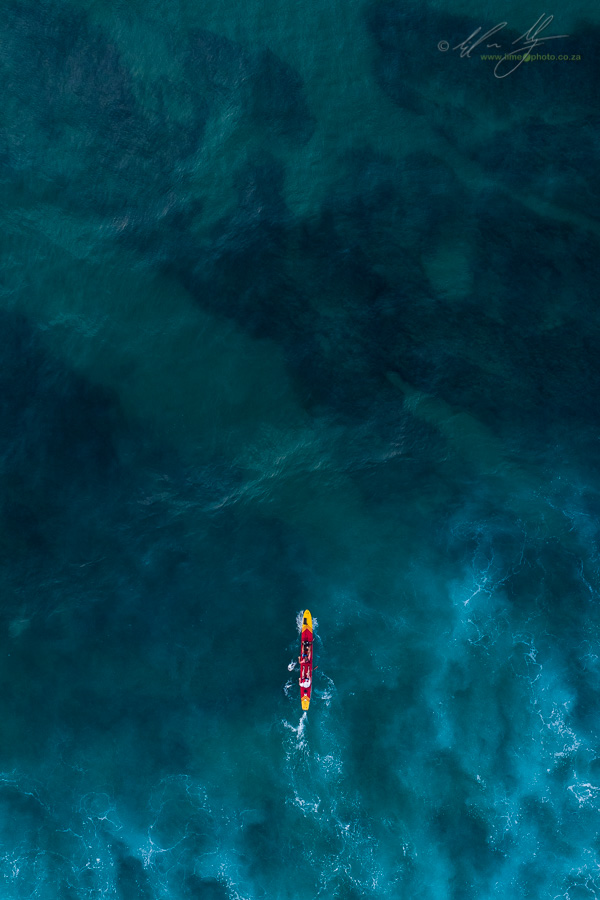 The British photographer and author Peter Adams said that “great photography is about depth of feeling, not depth of field”. Images with pathos, story and an engagement with the subject will always stand above images that are technically perfect, but lack the human emotive element. Anyone can learn to create a pretty picture. It becomes easier every year as digital photography and it’s instant feedback allow anyone with a modicum of technical know-how to create images that look something like the masterpieces of old. The difference comes down to the moment. Ansel Adams (not related to Peter) also opined, “there is one thing the photograph must contain, the humanity of the moment”. It doesn’t matter whether you are photographing a mountain, an intimate street scene or an animal on a safari, without some form of engagement with the subject, the image fails as a story.

Engagement does not mean that there has to be, or that it is limited to a one-on-one interaction with the subject. It can also mean an engrossment, an absorption, a concern for and an interest in the subject. So we come again to why images by the likes of Frans Lanting of wildlife, Ansel Adams of the Sierras and Bradford Washburn of the northern Rockies and the Himalayas work so well. They are extraordinary images because they were photographed with a deep and abiding interest and indeed love for the subject.

1.2 trillion images is indeed a lot of photographs. Amongst the life-logging, pictures of cats and half-eaten lunches, it is easy to become discouraged that your own images will never surface above the noise. Ignore the mess that is out there and concentrate on creating images that are reflective of your own interests and emotions, and the images will be noticed. They will be distinctive compared the chaff that litters the visual world. This is why the world still needs real photographers, in the same way that we will always need poets and writers. To create a stories that tell us about ourselves and the world we live in.