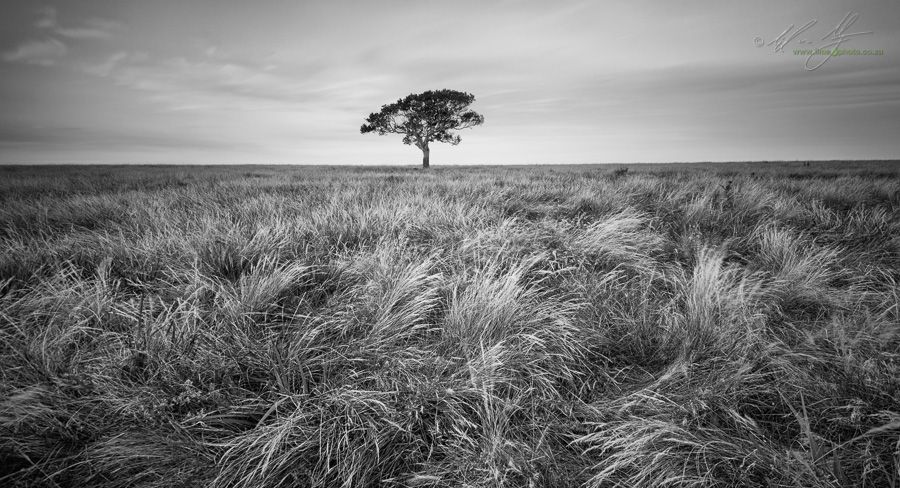 Writer’s Block. It’s a terrible thing. Anyone who has ever had to sit down and put thoughts onto paper and sound interesting at the same time knows the stomach churning terror that is writer’s block. One of the reasons I shifted Photo Writing to a wholly blog format was the stress and sleepless nights that began to mark the end of each month as the self-imposed deadlines of the pdf mini-magazine rapidly neared. Often I found myself gripped in the icy embrace of a creative slump. Writers block at its worst is a paralysing condition where the deep-seated concerns of non-creativity start to feed on themselves and the writer’s block itself turns into a black hole that simply sucks up any ounce of creativity only to leave the gnawing fear of the writer’s block itself. All this for a series of email-based ramblings that didn’t even earn me any actual income. No thanks.

Now take writer’s block and apply it to a photographer. Not just any photographer mind you. A photographer concerned with creating new, original and interesting work. Most likely a photographer like you (I say this as photographers reading this site tend to be in the creative ‘thinking’ photographer camp and are prepared to wade through a thousand words of photographic philosophy to get to the point). Photographer’s block is a terrible thing. In fact from personal experience I would say that it can be worse than writer’s block; and it happens again and again again, to professionals and enthusiasts alike.

Coming up to the annual Composing The Dunes workshop that I will be leading through Namibia, I can almost guarantee that either myself or one of the other photographers will likely go through the phenomenon of photographer’s block at some stage. It’s almost inevitable. Regardless of how surreal, how visually intoxicating a scene, how amazing the location, photographers can feel completely overwhelmed - or conversely uninspired - by what lies before them. This can be depressing and self-perpetuating. Somehow the photographer needs to break that that block before it becomes all-consuming.

I don’t necessarily have the perfect answers to overcoming photographer’s block. It isn’t a science after-all. Having been through it several times before, these are the things that I do and recommend to my students when we are out in the field.

1) Put the camera away

Particularly if you are supposed to be on holiday - as is often the case on the workshops that I lead - stressing about creating images can completely destroy the enjoyment that you get out of photography in the first place. Why do this if it isn’t going to be any fun? Put the camera down. In fact, put it back in the camera bag and walk away from it (okay, maybe this isn’t such a good idea if you are in downtown New Delhi, Bogota or even New York as the bag will disappear in seconds, but you understand the concept). Free yourself from the camera and just enjoy where you are. Usually within ten minutes of doing this and mentally relaxing, you’ll be back to being inspired by what you are looking at.

If you are a professional on assignment the first  suggestion above isn’t really going to pass muster unless you are a believer in creative procrastination (yes this really is a ‘thing’). Sometimes I find that the grand image that you are looking for is just too difficult to see at first. Changing tack and working from details upwards can help refocus your interest in a subject or an area. Out of interest this is the exact opposite approach that is taught to photo-journalists and other photographers covering a scene. The usual advice is to move from the macro to the micro. When struck by photographer’s block though, starting at the micro can create the perception of control. It allows the photographer to concentrate on something more accessible. It is also a great way of identifying what it is that interests you in the first place (part of my ‘element approach’ to composition). In particular, take a step back, try and divorce yourself from the whole of the scene and concentrate on what draws your attention. It might be something as simple as a crack in a wall or a ripple in the sand. That then can be your starting point. 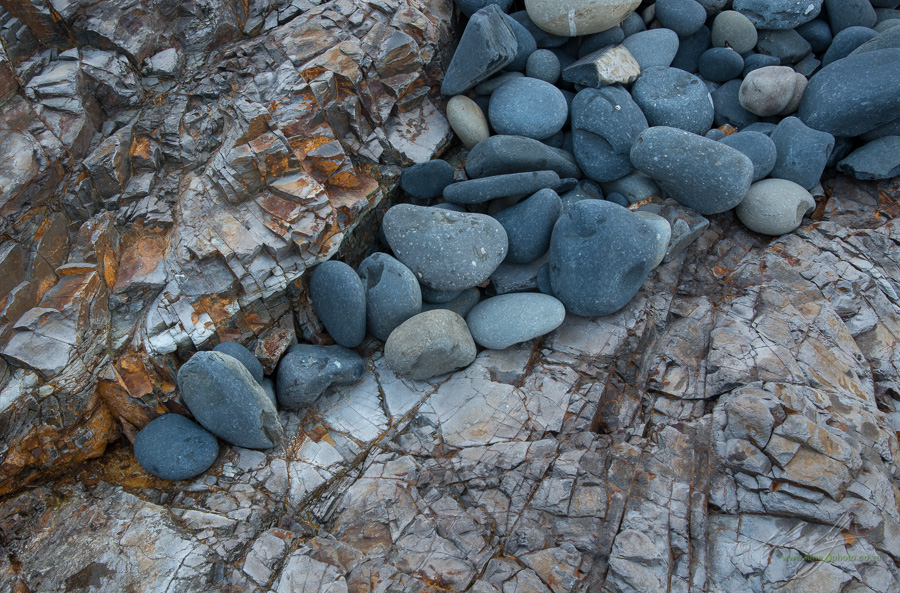 3) Use a smartphone or point and shoot camera

This odd piece of advice allows us to break from the usual conventions that we forcibly impose upon ourselves. I first saw this with the British landscape Photographer Joe Cornish. During the short time I spent working with him he would often use a Sony RX100 as a compositional tool. It’s widest angle was close to his 24mm tilt-shift lens that he favoured. The smaller form of the Sony allowed him to experiment with point of view and angle to the subject. He was able to easily play with composition without the effort required to compose with the larger DSLR and tripod. Once he was happy with a composition, only then would he start setting up the tripod and larger DSLR. I have personally had great success using an iPhone in the same way. I find it particularly useful when I am creating panoramas. A quick sweep of the phone and I get a good idea of what the final panoramic image is going to look like. Most important for the purpose of breaking the photographic blockage is the fact that shooting with the phone is easy and fun. A few minutes of playing with the phone and the creative juices start flowing again.

4) Switch lenses and get off the tripod

Yes, this is sort of forcing it, but I have found it to have measured success during commercial industrial shoots. Usually IO end up switching to a telephoto such as my 70-200mm, or to a fixed lens like a 50mm f1.8. I tend to follow the same process that David Hurn suggests in ‘On Being a Photographer’. Basically I start with the macro and move to the details. If you are in a photographic block, this doesn’t always work (hence the second suggestion above). If you are not the clock though (i.e. earning your keep), you don’t necessarily have the luxury of procrastination (1) or only looking at details (2). Changing lenses, even if only for a short period helps recalibrate the visual process. Working for a few minutes, even if not necessarily on detail work, but simply with a different lens, seems to have a beneficial effect when you go back to the original shot again.

Okay, so maybe none of the above sit well with you. You have spent a fortune to get to some exotic locale (call it Kubu Island, Dead Vlei, Iceland or even Antarctica) and you’ll be damned if you are not going to get your money’s worth out of the photographic opportunity. Personally I think this is the wrong way to approach the ‘feeling’ of being in that particular photographic space, but, if this is the way you think or your personality ticks (and there are great many of us who are like this, which is perfectly fair when one considers how much it financially costs to pursue photography as a hobby), then I would suggest coming up with a process or a workflow. This again comes back to David Hurn’s suggestion to work a scene from the macro to the micro. Do it by rote if necessary. I myself have done this with commercial industrial shoots in the past where I simply cannot any creativity to flair up (it’s also the same approach that I have drilled into my assistant when she is shooting for me in case she also has a creative dry spell). I have suggested looking at details, but the usual process involves wide angle to close-up. Create an image of the entire scene. Then methodically cover your bases: wide angle of each of the quadrants, change lens and move in. Capture images of the details, change lens again. Run through a series of technical ‘tricks’ that you have up your sleeve. Do the HDR, stitch a panoramic, choose a subject for isolation through focus or depth of field. Realise that all of this is purely technical. What is important though is you have now covered your bases. Now relax. The images may not be astounding but the point is you have covered your bases with technically sound competent images based on a photographic process that you know and are comfortable with. Whether you actually use these images is immaterial. They are simply a safety net. Now you can get on with being creative again, hopefully without the stress (incidentally this is a good approach to wildlife photography I find - get the safety shot out of the way and then start working on the creative ‘keeper’). 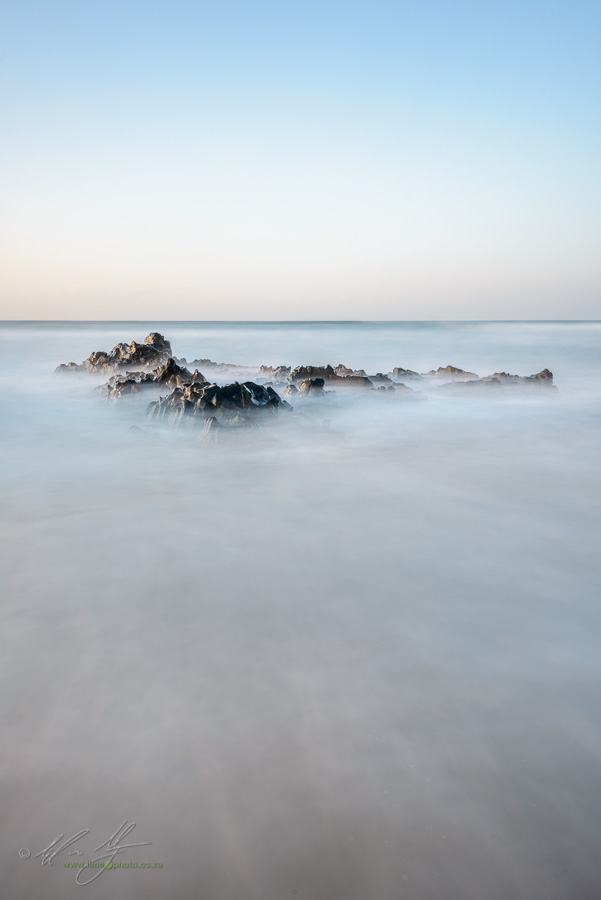 The ideas above are far from scientific solutions to the creative blockage that photographers can find themselves contemplating. I find that the ideas do have some success on a shoot by shoot basis though. A longer term photographic rut is certainly harder to break out of however. This is something where you almost have to have faith in some kind of photographic deity to shine some ray of hope down on you. That, is a story for another day as they say. For the time being though, when creativity deigns to hit you in the face, try some of the suggestions above. Most of all relax though. Enjoy the moment. Sometimes it really is worth putting the camera down. Quite frankly, if you don’t feel inspired, maybe it’s because what you see simply isn’t inspiring or something you are interested in. There is nothing wrong with that (as a side note, if you are doing this for an income, start by taking an interest in the thing you have been hired to photograph…it’s amazing how interesting ‘things’ can be if you find out a little bit more about them). Finally, if photography is something that you do for pleasure, and you don’t get any enjoyment out of it, why are you doing it? Often it’s simply a case of reprioritising what it is we photograph. Instead of spending a fortune to sail to the fjords of Norway, you may have preferred spending some time in your garden chasing a jumping spider through a macro lens. Work out what interests you and there’s a good chance you will never have to worry about photographer’s block again.
Posted by Emil von Maltitz at 4:43 PM