The One Light Wrap Around 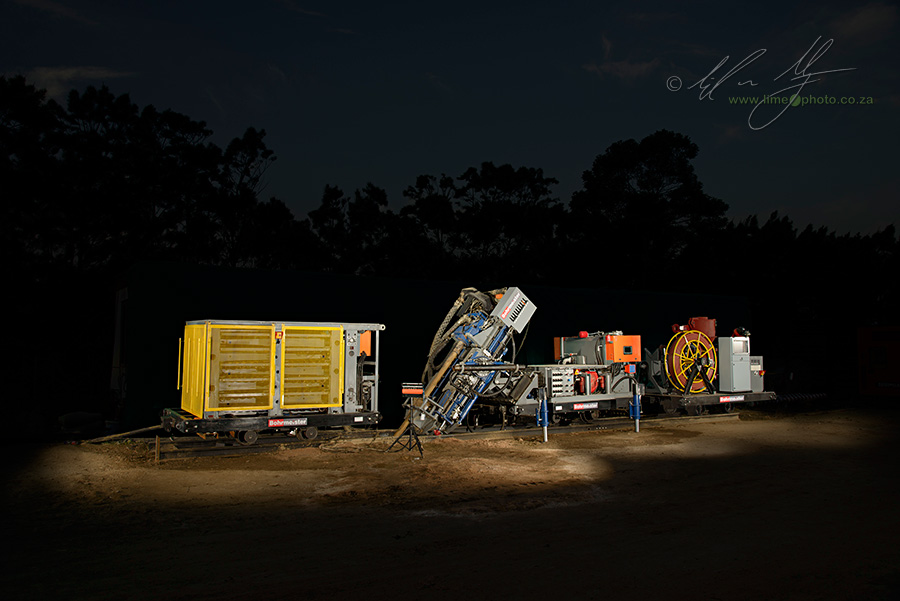 Picture a scenario where you have to photograph an object. A large object. Think vehicle, or perhaps even a building. Now you have to light this object with strobe light. What do you do? Do you hire a truck load of lighting equipment? There's a trick I use to create a unique lighting effect with the use of one small strobe. Essentially it's the same principle as painting with light; I light the object multiple times and from different directions. The result is a buildup of light around the object, giving the effect of multiple lights being used.

The theory is sound - light an object multiple times and we eventually light the whole object, although we do sometimes run into some technical problems with this technique. If you flash an object with strobe light enough times on a single exposure you ultimately over expose the image with light. The light effectively keeps layering on to the image. The work around is to shoot a separate frame for every flash burst. Then, in PhotoShop (or a similar bitmap image editor) we layer the images and adjust so that the different flash bursts come through. 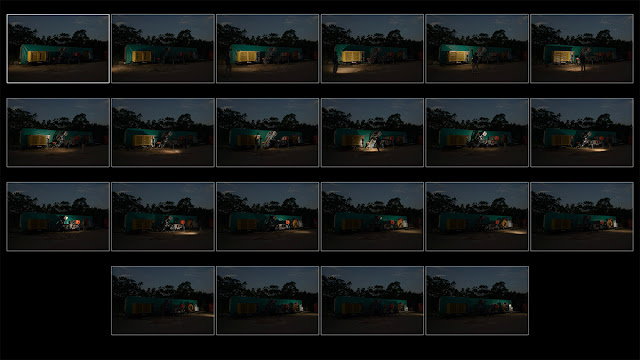 Here's how I created the shot of the drilling rig. The ambient light levels were still relatively high, so to allow the strobe light to actually have an effect I set the exposure for the ambient so that it would completely underexpose the background. This required a setting of 1/250th of a second at f18 on ISO 100. A small aperture of f18 requires quite a lot of light, so I used my Godox Witstro ad360 which is capable of pushing out 300ws of light. It is possible to use a smaller strobe like a Nikon SB910 or a Canon 600EX, but with such a small aperture it would mean flash at full power, which in turn means longer recycle times. With a more powerful battery operated flash like the Godox or Profoto B2 you are able to bring the power level down and therefore have faster recycle times between flash pops. I flash was synced wirelessly to the camera. I also triggered the camera remotely with a Phottix Stratos II receiver connected to the 12-pin remote socket on the Nikon D800. This meant I could walk around with the flash while triggering the camera.

Once back in the studio, with all the images loaded into Lightroom, I selected a long series of strobe lit frames and opened them as layers in Photoshop. Once all the layers were loaded I highlighted the layers (click on the top layer so that it is highlighted blue, then cycle down to the bottom of the layer stack and click on the bottom layer while holding down the shift button) and changed the blend mode to ‘Lighten’. Immediately the entire drilling rig is lit up. The ‘Lighten’ blend mode allows the brightest pixel in a stack be made visible. Had I created a single long exposure for all the flash pops, wherever there was overlap between flash bursts would have gotten brighter and potentially over-exposed.

The thing I really like about using layers in Photoshop is that I am able to fine-tune how the light affected the drill-rig. I can go down the stack, layer by layer, and check to see what each flash pop is doing. In instances where there is a highlight, or if I am inadvertently in the shot, I can now mask out that section until I get a perfectly lit subject. Once I am satisfied with the lighting, I then go to the top of the layer stack and hit Shift+Alt+Cmd+E to create a new combined layer.

The final layer then goes through the usual post-production with curves, colour correction or enhancement. I'll also usually end up doing some healing and cloning as well as, in this instance, careful cutting out and selections to get rid of the immediate background. In this case it was a green tarpaulin that had been hauled over two shipping containers. This isn't always necessary, although in this case it was important.

The advantage of painting with light like this is that the shorter exposures mean that you can not only potentially overpower any ambient light (including daylight with the right settings), but that the image quality is also higher due to not having any long exposure issues such as hot-pixels and chroma noise in the shadows. The technique is transferable to other subjects as well. The image below was shot a couple of nights ago for a senior school production. Using the technique on people involves a little more patience and definitely more time in Photoshop, but the results are certainly eye-catching. 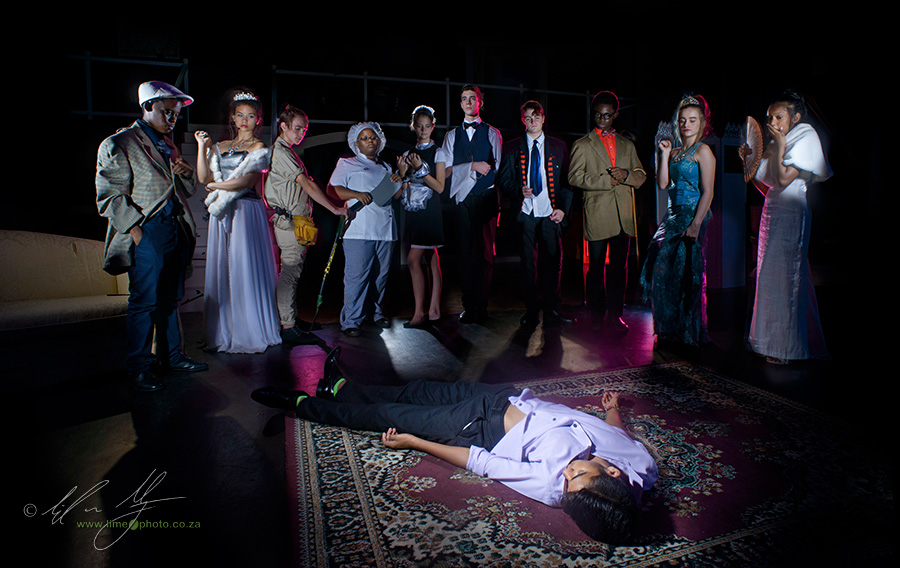