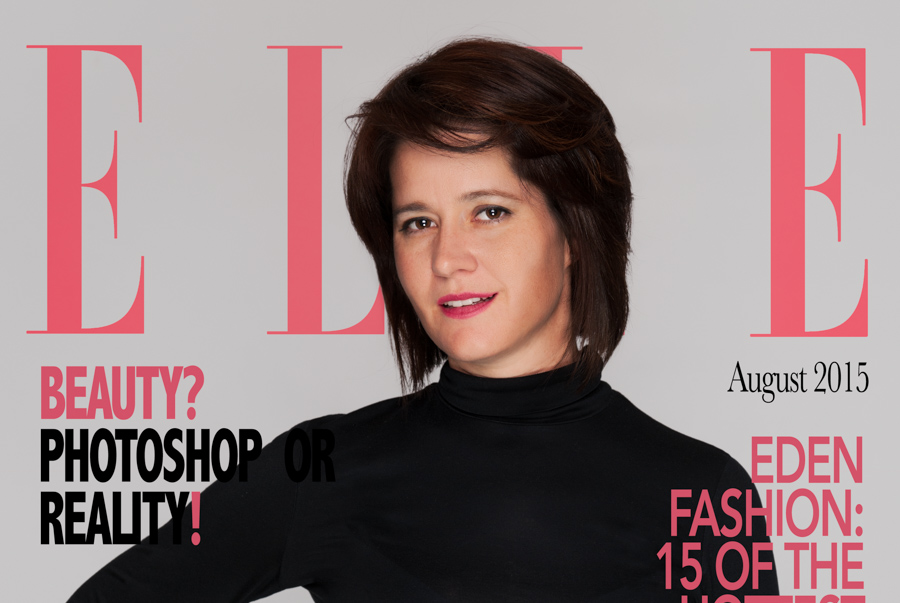 We all want to be beautiful. Very few people post images of themselves onto Facebook where they don’t actually look good. That is, unless they are trying to make a statement of some sort. For the most part though there seems to be a general feeling that we would like to be portrayed as better looking than we see ourselves in the mirror as. It is not uncommon for me to get the request to ‘fix something’ in Photoshop by the people that end up in front of the camera. The problem though, is where we start to look at magazines and advertisements and begin to feel that they are a depiction of reality. In some cases this can really mess with young peoples’ sense of self-identity and worth. In truly severe cases it can potentially lead to bulimia and anorexia…simply because of an attempt to emulate the role models on the covers of a magazines.

(Note:  there is a companion video to this post which can be watched here)

With the above in mind, a friend who teaches high school students, asked me to help with a project she had in mind. She had spoken to her class about body image and the fact that the images we see splashed on the covers of magazines are a far cry from reality. The response that the class gave her was, ‘sure there’s Photoshop involved, but the model was still beautiful to start with’. So the request was to photograph the teacher, and turn her into a version of herself ten years younger, thinner, and looking more like the models in a magazine. 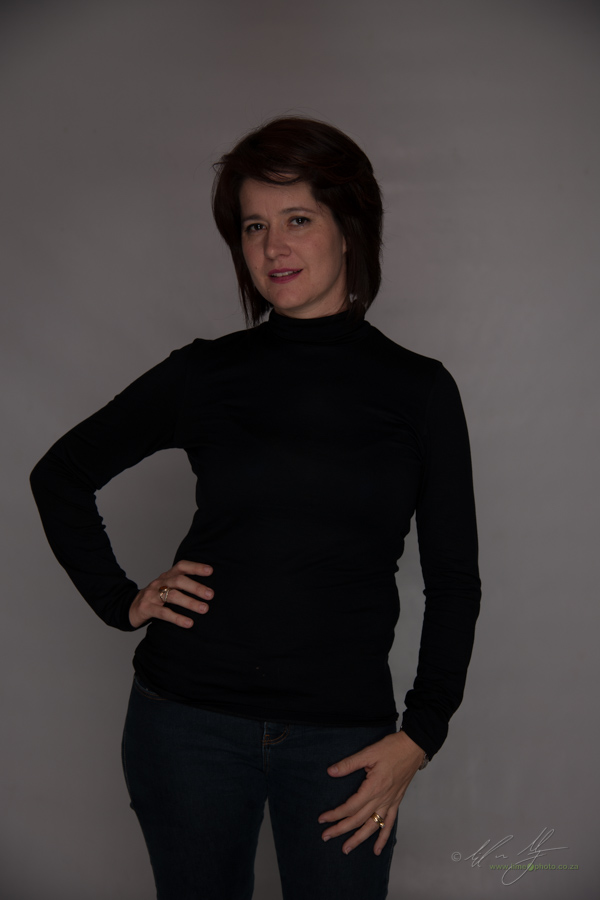 Having two daughters of my own I jumped wholeheartedly at the project. I am the first one to admit that I have been conditioned by a patriarchal and masculine dominated media that insists that women fit to a particular ‘norm’, which in reality looks nothing like the majority of women's bodies. Although I don’t consider myself a chauvinist, I most definitely was attracted to my wife physically before I even had a chance to fall in love with her personality. That physical attraction was in all likelihood conditioned by the media I had and continue to consume to this day. Making young people understand these tropes as well as how to love the skin they are in, hopefully gives them the opportunity to transcend traditional western concepts of beauty. If it means that youngsters don’t automatically think they need bigger breasts, smoother skin, or skinnier waistlines, then I am all for it. To this end a Durban based friend and colleague, Roy Esterhuysen, has also been involved in a project to show the difference in womens’ bodies and the fact that regardless of shape and size, they are all beautiful (view the background to this project on this link). 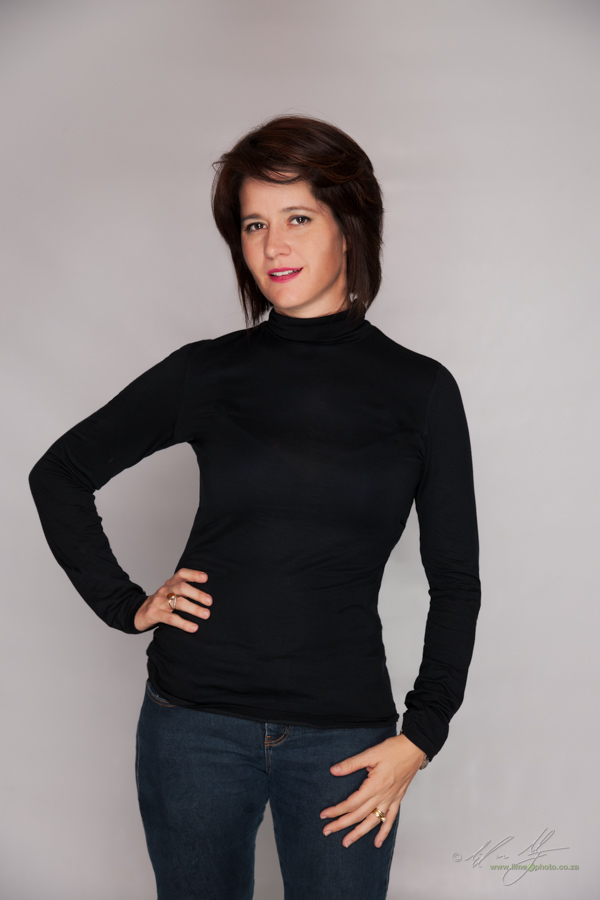 I don’t consider myself a master retoucher in any sense of the word, but the video attached to this link condenses about two hours of photoshop into 4 minutes. It shows the basic techniques of skin retouching, feature enhancement and body shaping that were used to transform an ordinary individual into somebody who could potentially grace a magazine cover. The point of the exercise is that anybody can. It is heartening to see increasingly more reality coming back into glossy magazine images (See this link). There is also a popularly followed movement where celebrities take photos of themselves without makeup. A recent example of actress Scarlett Johansson has pretty much gone viral (sadly the concept is abused slightly by some celebrities who claim 'no makeup selfies' when there is very obvious styling that has been used). This to me is a sign that people are getting tired of the unrealistic perfection that we are meant to believe is authentic (albeit occasionally through the willing suspension of disbelief). To me this is fantastic. There is nothing wrong with retouching per se. It brings us back to the perception of beauty through the eyes of the perceiver. Afterall, when we are attracted to someone we don't notice the pimples, or the uneven complexion. The camera in all it's megapixel aloofness does though. The problem is when we look at the image as if it is an uninterpreted reality when in fact it is part imagination of the photographer's. 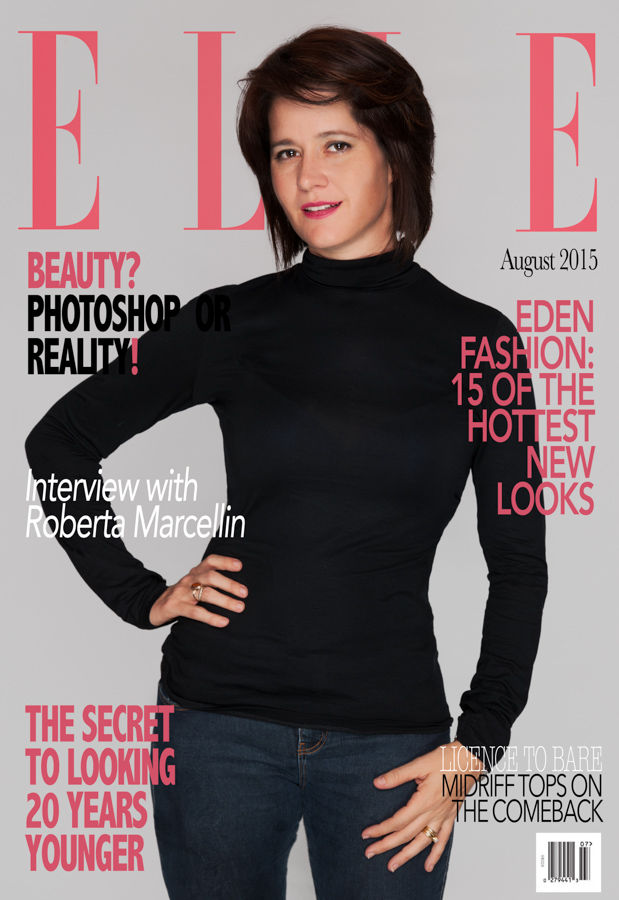