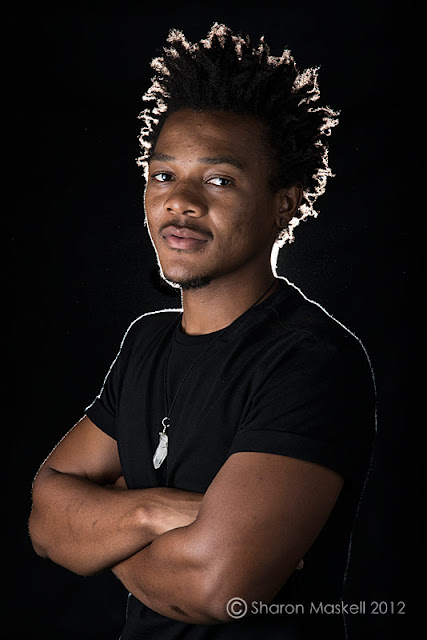 We held our first flash workshop in the Factory Cafe last week, which was to my mind at least, a resounding success. Claire and I arrived early last Monday to cart the paraphernalia that is associated with a studio shoot up the narrow flight of stairs to the Factory Cafe's premises above Colombo Coffe on Durban's Gale Street. I have to admit that at the time while I was lugging the Epson R3880 up the stairs I was starting to regret the malarkey idea of running a studio lighting workshop away from my studio. It worked a treat though. 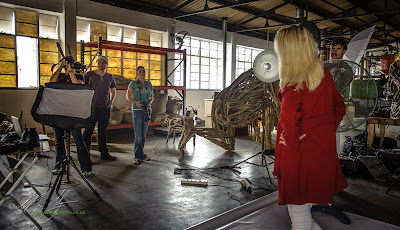 Anyone who has seen my studio knows that it is tiny. Far too small to actually have a model and numerous students along with a boatload of gear littered about the studio floor. It's good for products and the occasional tight model shots, but nothing expansive. Hence the idea of moving the workshop to a large space. The problem with renting a full size studio is the prohibitive cost involved. So, having coffee at the Factory Cafe got me thinking, that it would be an awesome location for a shoot, potentially a workshop.

Fast forward to standing halfway up the staircase thinking this was madness. But, the Factory Cafe does have an awesome empty space...usually empty that is. Unbeknownst to us an artist was holding an exhibition at the same time. No problems though as we gingerly shifted his pieces to the side and made ourselves at home. 'Home' became a seamless backdrop (the black/white reversible kind) surrounded by the combined lighting arsenal of Claire and myself.

The basic gist of the workshop was to learn what light looks like when you push it through pieces of material. Think 'shoot through brollies', softboxes, a great big octabox and the like. Then to start throwing that light at or through different reflective surfaces ala reflectors, polystyrene boards, beauty and reflector dishes and bounce umbrellas. Once we had gone through the basics I created a few 'lighting recipes' like clamshell lighting and the like, and then let the students play.

Play they did! the day was frenetic and really productive. There was plenty of impressive oohs from some of the cafe patrons as they saw the printed out results at the end of the day. We will be holding more workshops at the Factory Cafe in future. I suspect it may have something to do with my caffeine addiction though.... 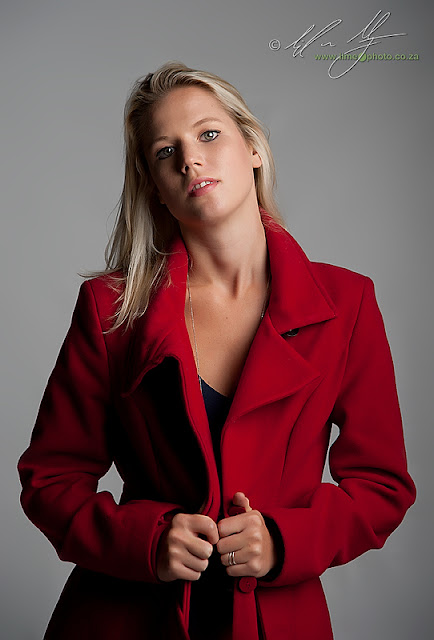