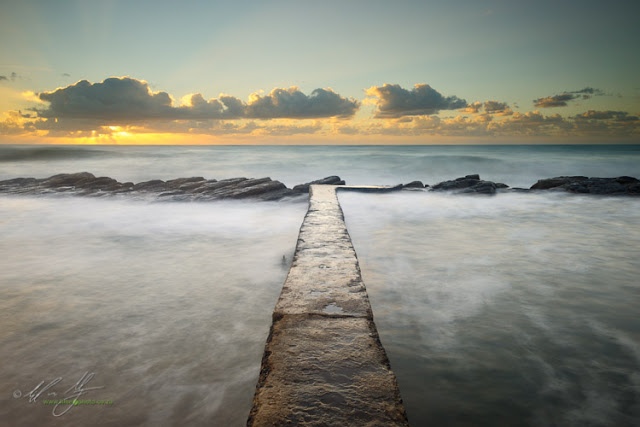 Two photographers that I really admire both write about the pitfalls of putting together imagery in Photoshop. I have to admit that there is a part of me that winces every time I look at potential image and think to myself how I’ll merge a number of images together to create my final vision. The photographers in question that I’m referring to are Joe McNally and Joe Cornish.

McNally admits in both his “Sketching With Light” and his “Hot Shoe Diaries” that he doesn’t like using the multiple images approach as it’s too much like hard work, can be inelegant, can look fake (for want of better words) and just over complicates things. Let’s forget for a second the feeling among some viewers that if it consists of more than one image it isn’t real to start with. In conversation with Joe Cornish there’s again this feeling that if you can do it one, you should.

And I agree. But I don’t always shoot that way. My heart and head are often in two completely different spaces when it comes to shooting the single image and creating a final image from multiple images. The image that opens this month’s edition is a single capture taken in the early morning on Kwazulu-Natal’s North Coast. With the use of a 3 stop hard neutral density graduated filter and a 4 stop solid ND filter I was able to slow the shutter for the movement of the waves and balance the bright sky against the considerably darker water. I was able to capture the image that I wanted because of the filters. If I hadn’t had these filters with me the only way I could have balanced the sky against the foreground would have been to blend two differently exposed images together - one for the highlights and one for the shadows. I love the fact that the single capture has meant the image was basically ready out of camera. There’s a small amount of curves and saturation play along with a tweaking of white balance, but nothing excessive or outrageous.

Then consider the image below of Dumi (a guide at Thanda Game Reserve) standing atop a reservoir. This image consists of 10 separate captures. The panoramic was created by using an old Nikon 28mm shift lens extended to just before maximum extension on the left and right. This necessitates two captures to start with. These were shot with Dumi standing still while holding two gelled strobes with 2xCTO on each. A third strobe firing unmodified was fired from the grass upwards to give some more definition to Dumi. The ambient exposure was underexposed by about 2 stops and white balanced to Tungsten to get that blue look in the clouds. Then, after shooting Dumi I removed one of the gels from one of the strobes he had been holding and fired several shots while popping the strobe against the side of the reservoirs. This of course meant again shooting for the left and right stitches of the panoramic. Is this excessive?

The image was in my imagination and to capture it I needed to use a multiple shot approach. Yes, it is possible to capture this particular image on a single capture. The reason I didn’t is: I was shooting on a D700 so that I could control the flashes in Dumi’s hands via the pop-up flash. Knowing it was going to be a pano, meant that I would need a higher resolution ultimately, hence the shift lens rather than simply cropping a single capture down to a panoramic format. So if I had a D800 with room to crop my decision might have been different. If I had 10 different strobes in my bag, all with little light stands and a piece of CTO gel on each, then I could have captured this image with a single frame. Yes, it would have been a more elegant solution but I don’t have that many strobes (or at any rate didn’t have them available with me at the time).

The multiple shot approach means that we can create what we want to without the attendant plethora of equipment. This has real world implications. In this post on shooting the facade of a building I talk about how I wandered around the building firing off strobes to illuminate the cream coloured walls as well as add sparkle to the vehicle in the foreground. By using two flashguns (one on camera as a trigger, the second in my hand) I was able to create the image with a minimum of equipment and subsequently a much lower production cost. Being able to produce images at a lower cost is a huge consideration when dealing with clients. I keep reading on forums about  how photogs used to be able to come armed with a van of gear and a phalanx of assistants but now have to rely on one assistant if they are lucky (many photogs do without this even) and a single gear bag of toys. If I can produce with limited gear but multiple captures a shot that could have been done on a single capture but at greater expense, then it becomes an arrow in my quiver of tools.

The client couldn’t care less how it’s done, or what trouble we were put to in order to capture or create the image. Other photographers might care, but the person who is footing the bill doesn’t.  So yes, I shoot multiple captures when one expensive one would have sufficed. Which do I prefer? The single capture of course.

The basic gist of this article is to point out there is nothing wrong with using modern techniques to create an image. The decision to use various Photographic techniques is actually a very personal and subjective one. I think it was Alain Briot who wrote one should just say yes when asked whether you use Photoshop for images. It doesn’t matter how it was achieved. Ultimately the image as the end result is what really matters (certain photography competitions stand out as exceptions of course). Every image we approach as photographers is different - at least I feel they should be. The greater the range of practiced techniques that we have to draw from, the more likely we will walk away with an image (or images) that we will be happy with. Apart from a serious dowsing of seawater, I walked away with a single capture that I was very happy with for the first image. But I also know that if my imagination had required a multiple capture frame, I wouldn’t have hesitated to do so.
Posted by Emil von Maltitz at 8:22 AM