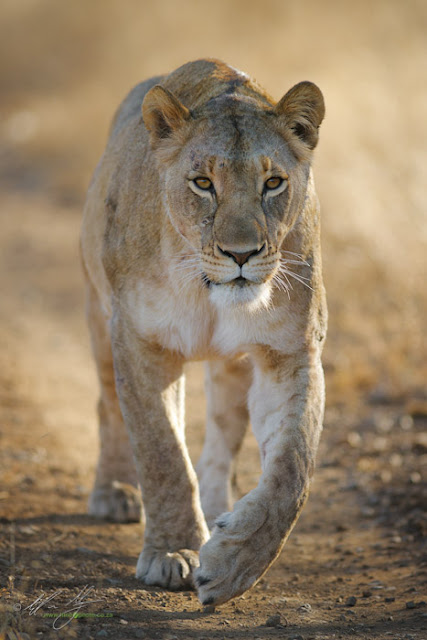 It's a week overdue admittedly, but better late than never I suppose. The last week has been rather frenetic with a number of shoots for clients along with a day of teaching thrown into the mix. Ultimately it kept me off the ether for a few days, so things are a little behind schedule.

The week at Thanda as per the norm, kept me on my toes - this time with a large group of 10 students. I really enjoyed the vibe among the photographers though. I admit that the smaller the group the more individual attention each of the photographers gets, but there are advantages to having larger groups as well. For a start the group dynamic can be more varied as there start to be groups within groups. I often try to avoid this, but it happens. Christian Sperka, a German wildlife photographer, has also joined the Thanda staff and made working with a larger group easier as well as adding a teaching dynamic by having more than one professional opinion (this I appreciate as photography is not actually a hard science once you get past the actual formation of an image on the sensor or film - decisions around exposure and technique tend to be aesthetically determined, and that is a whole mess of opinions).

One of the things we did discuss, having two teachers on location, was the use of the Exposing to the Right approach. I firmly believe that the ETTR approach (as Michael Reichmann seems to have dubbed it) is the best way in which to get optimal image information onto the sensor. Further to that, setting the camera's jpeg settings to approximate the most neutral setting of the sensor gives you a far better idea of what the camera is recording in RAW. Understanding how a sensel sees light and then turns that into electronic information (i.e. more data in a brighter pixel) then means we can achieve cleaner and more detailed images. However, there are times when we should perhaps consider the information in the shadows over that of the highlights.


If the image is going to be dark, then it's possible to ignore the ETTR approach. I've found for instance that exposing 'correctly' according to the ETTR approach when shooting African Buffalo usually leads to extraordinarily slow shutter speeds and lights tones that are well over where they should sit, especially when there is no sky involved. Here I often find myself setting the histogram somewhere near the middle of the histogram's tonal range. With birds against a bright blue sky I again have a habit of setting the histogram a little darker than usual. Here it's more to protect the highlights in the bird's feather's though.

Knowing the subject and your camera are obviously integral to knowing when to and when not to use the ETTR approach. Knowing the camera is particularly important though. Lee Varis writes about learning the edges of the histogram through the 'zone system for digital cameras'. This involves testing your equipment rigorously to determine exactly where tones lie on the histogram. The thing is that each camera is different. Fir example Canon DSLRS tend to actually clip before the histogram shows any clipping. Nikon's on the other hand (at least D3 backwards - the newer generation starting with the D7000 have very different tonal responses) tend to clip on the histogram before they genuinely lose highlights. This means that my approach is to be quite generous towards the highlights, whereas a Canon shooter might err in the opposite direction. The basics still apply though. You have lost information when the histogram clips on either the left or the right. It's up to the photographer to learn where that clipping point on the actual LCD screen's histogram is.


Exposure, as I've mentioned before is a very personal thing. No one can teach you the absolute right way to do it. Especially since only the photographer alone knows exactly what you are wanting to do with the final image. Having a previsualised notion of what the final image should look alike and understanding how to read the histogram are integral to creating great images though. You need both!