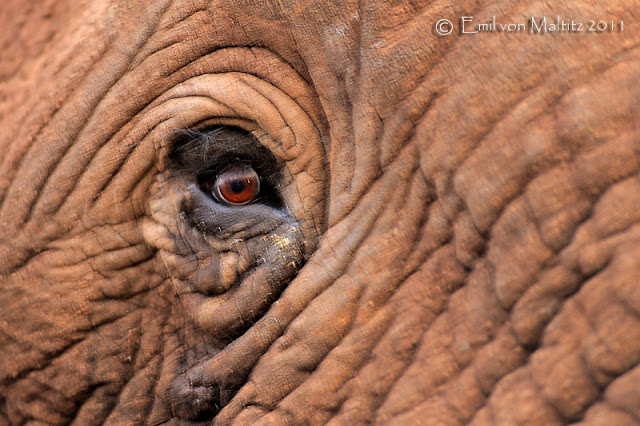 I’ve just finished another Thanda photographic workshop with a great bunch of photographers from the African Impact volunteer programme. For once the weather was perfect (readers of this blog will know that I seem to have a weather gremlin that tests my thesis of ‘bad weather makes for good images’). This month was instead the month of close encounters. A couple of fantastic up-close encounters left the photographers of this month's Thanda Photographic workshop with some incredible images. A close encounter with two of Thanda's elephants had a number of us grinning from ear-to-ear, albeit with hearts still drumming in our ears (when an elephant is so close that the lens hits it's minimum focusing distance you know you are close). 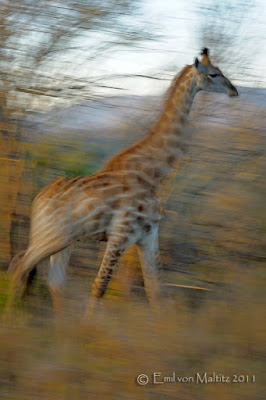 Still, despite close encounters it can get difficult to produce images that are different to the 'same old' that you see produced every single day. Somehow as a photographer you still have to do  more than simply get closer. One of the ways in which to separate images from the crowd of ordinary wildlife imagery is to add a sense of movement. Photography is medium of time, although we tend to forget about this element of the image making process. In fact, photography is all about light and time. The shutter speed is usually so fast that the element of time isn’t that obvious, despite the fact that the fast shutter freezes a moment in time. With the ever-increasing low light abilities of digital cameras photographers have been able to use fast shutter speeds even when the light levels are very low. This means that the evocative use of long (ish) exposures seems to be relegated to professional photographers.
This doesn't have to be the case. Creating images with movement doesn't have to be that difficult. Again, modern technology such as in lens vibration reduction (or image stabilization for Canon cameras) makes it even easier to pan with a moving subject so that smooth ‘flow lines’ are visible while keeping the subject close to tack sharp (there is always going to be some loss of critical sharpness, but because of the movement this doesn't matter as much anymore). Panning basically means to move the camera so that the subject stays in the same point of the frame as it moves. The difficult part is to not pan faster or slower than the moving subject. An exposure that doesn't freeze the movement is going to show blur in the areas that were static in the frame (bushes, ground, background) and which were moving in a different direction to the actual pan (legs, arms etc.). Elements of the frame or subject that are moving at the same pace as the pan come out relatively sharp (the head and body of the subject). The longer the exposure the more blur there is and the less chance that there is a sharp area in the frame. The shorter the exposure the less sense of movement there is, but the more chance that the subject is sharp. 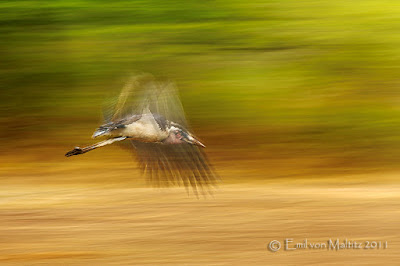 In the image of the elephant eye I concentrated on keeping the eye as steady as possible while moving the camera in time with the elephant's head swaying ponderously from side to side. The result is an image that is 'sharp, but not', creating a sense of drama. Although I don't think the giraffe shot is necessarily successful it does demonstrate that the sense of movement can change the overall feeling of an image. The image of the Marabou Stork flying was taken earlier this year and again gives that sense of speed and movement that would be lacking in an image without the blur. Additionally, the bird shot would be criticized as being too far from the action without the blur. Personally, i feel it works at this size (bird in relation to space) because of the blur. Working with slower shutter speeds is more difficult than with fast shutter speeds, but the effort pays off in the long run with genuinely unique imagery. If you simply through glossy coffee-table books by the big gun wildlife photographers one will notice numerous blurred movement images that technically would be slated by camera club enthusiasts and competition judges, but which are spoken about by the authors with pride. Give it a try, slow things down a touch.
Thanks to a wonderful group of photographers this month. I loved your company and am looking forward to meeting some more of you in the Berg in a few week's time. Keep checking as well to see if I can post the call of the Greater Geared Photographer (Maioribus Apparatus pictor) 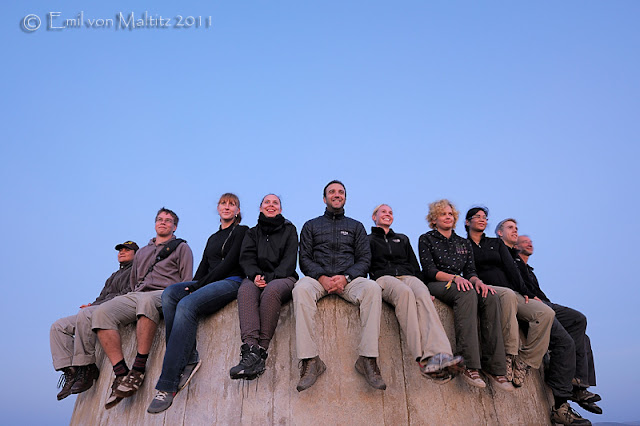