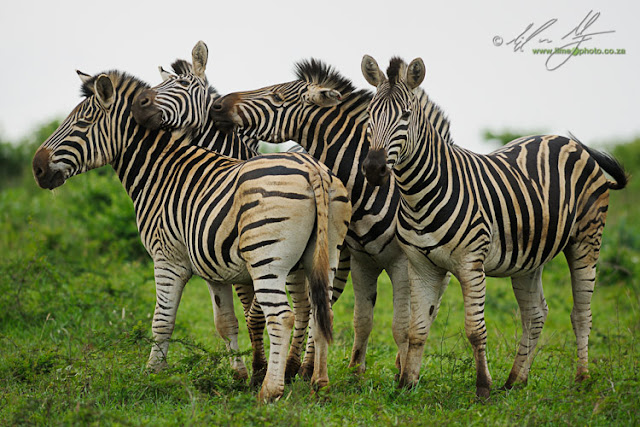 Spring has more than sprung in Kwazulu Natal! The green landscape has become so verdant that the hues of grass and leaf look more like something out of a cartoon than the palette of nature. If green weren't a calming colour we'd all go around with permanent headaches. So of course it means that this month's images look less like Africa and more like a set of pictures taken in the British Isles. I'll be heading up to Golden Gate in a few days time as well and am expecting much of the same across the province. By all accounts it seems to be that the entire coastline of South Africa has had more than it's usual share of bucketing rain. Of course it's not so fantastic for game drives, wet cameras and bogged down roads. 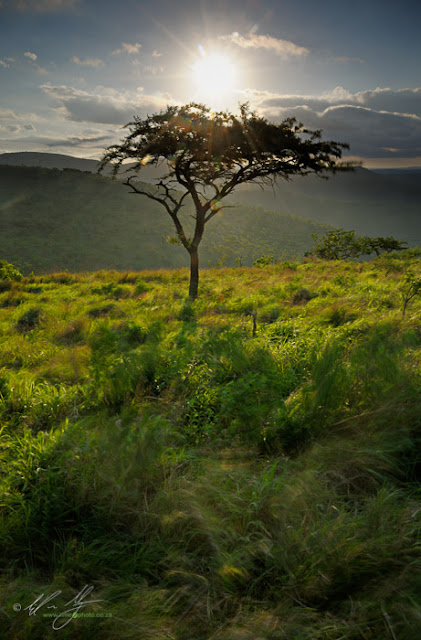 Thankfully, we've had plentiful rain, it wasn't impossible for this month's African Impact Photographers to get out and actually shoot on Thanda Game Reserve. We even had the fortune to come across a leopard on the first day's drive. Admittedly it was at night and we didn't have a spotlight, but some of the photographers managed to get some reasonable frames by the light of my LED torch. This manages to put out enough lumen power that an exposure at 6400 ISO is possible - albeit not brilliant.

We had a particulalrly interesting time on this month's King's Land shoot. As evident in the image (left) the wind was absolutely pumping. I was actually spending most of my time shooting for some timelapses and really had to be careful how the camera was set up. Here's a quick tip. In this kind of wind you need to get the camera as low as possible on the ground. Not only is the tripod more stable against the wind (please note that this is not the same as a stable platform for a long exposure!) thereby reducing the movement between frames, but by being low, there's a good chance that a bush or clump of  grass can actually be used a wind-break of sorts. My initial tests of the time-lapse sequence using the very simple 'Time-Lapse Assember' (created by Dan Bridges) are promising (On this note, please see the next post about one of the students who I have had the privilege recently to work with and whose time-lapse work is really impressive). 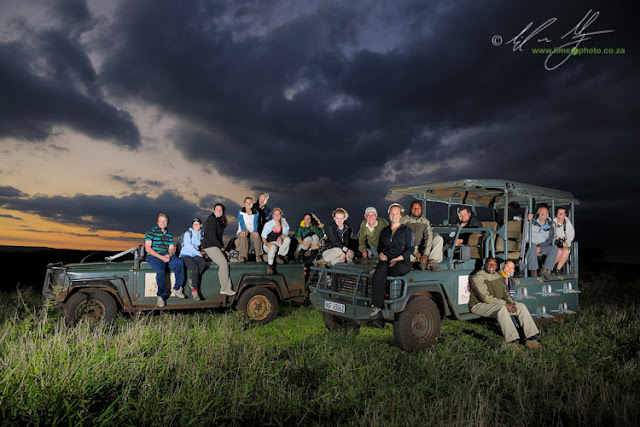 I'm afraid no teaching point this time around as I'm in the middle of putting together a page on selecting a tripod and head (too few people pay attention to this extremely important piece of equipment). I'll post as soon as it's completed. Otherwise, a big thank you to the students from last week's workshop. I'm looking forward to seeing most of you in the Drakensberg in two week's time.